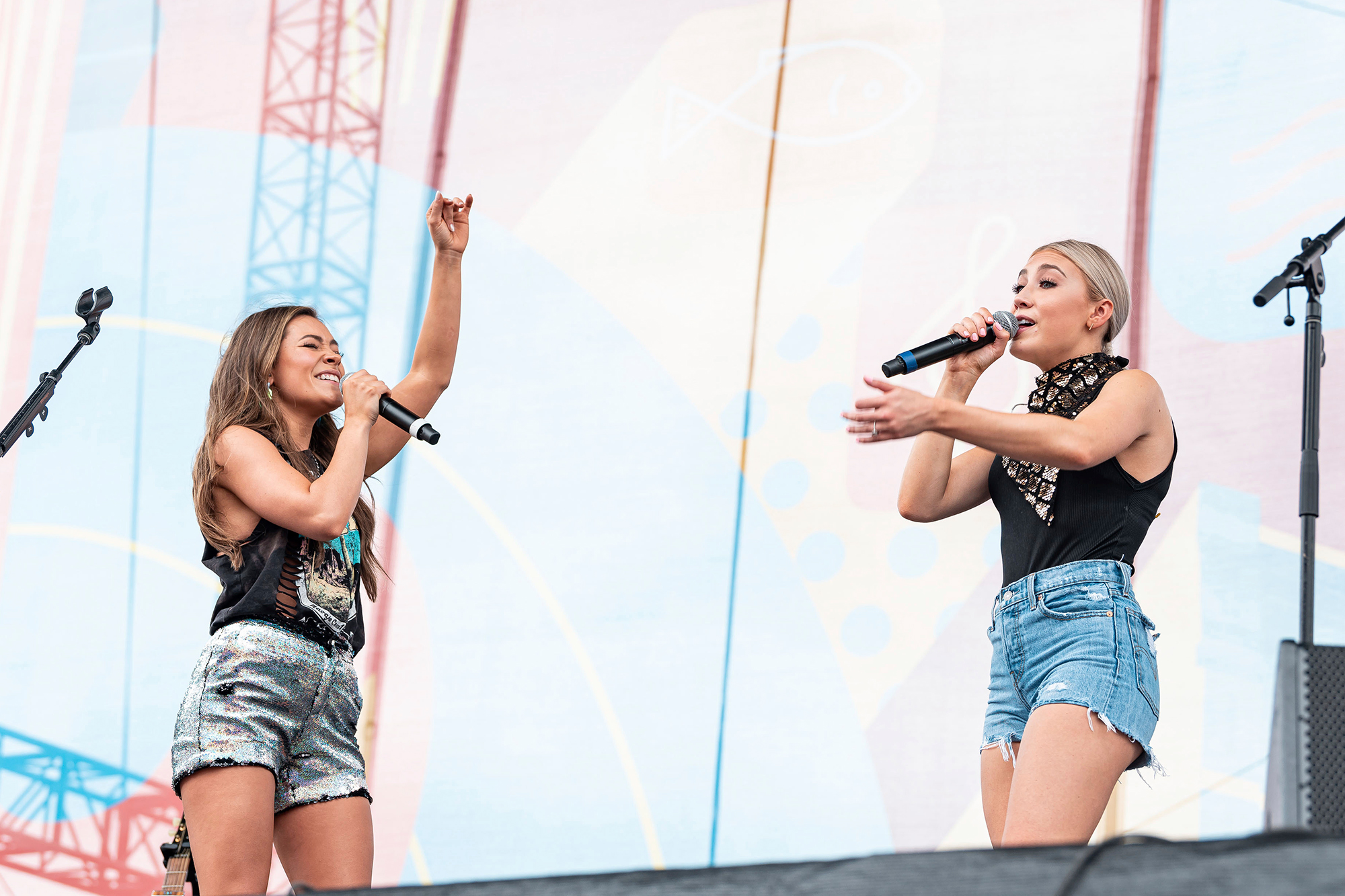 In April, country duo Maddie & Tae were scheduled to launch their headlining Tourist in This Town Tour with rising trio Avenue Beat serving as their support. That arrangement fell apart due to the pandemic, but the performers still managed to collaborate on a couple new recordings for Spotify Singles, including a cover of Harry Styles’ “Watermelon Sugar.”

In contrast to Styles’ disco-tinged hit from Fine Line, the two groups take a more stripped-down, dreamy approach to the song. Underpinned by acoustic guitar strums and wisps of pedal steel guitar, it features Maddie Marlow and Avenue Beat’s Savana Santos switching off lead vocal duties, backed by layers of harmony from their respective bandmates Tay Dye, Sami Bearden, and Sam Backoff. The Spotify Singles release also features a new version of Maddie & Tae’s “Everywhere I’m Goin’” with Avenue Beat, updating the tune that led off their 2020 album The Way It Feels.

After scoring a huge first hit with “Girl in a Country Song” and releasing their debut album Start Here, Maddie & Tae changed record labels and spent five years putting their follow-up together. The Way It Feels, released in April 2020, includes the duo’s current hit, “Die From a Broken Heart,” which is currently inside the Top 5 on country radio charts.

Avenue Beat, meanwhile, have a viral hit on their hands with the cathartic, catchy “F2020,” written in response to a disastrous year and posted to TikTok during quarantine. “The catalyst for the whole song was that all these things had been building up in my week and it had been really shitty,” Santos told Rolling Stone. “And then Sami’s cat died. And that was the final thing where I was like, ‘What is happening?’”