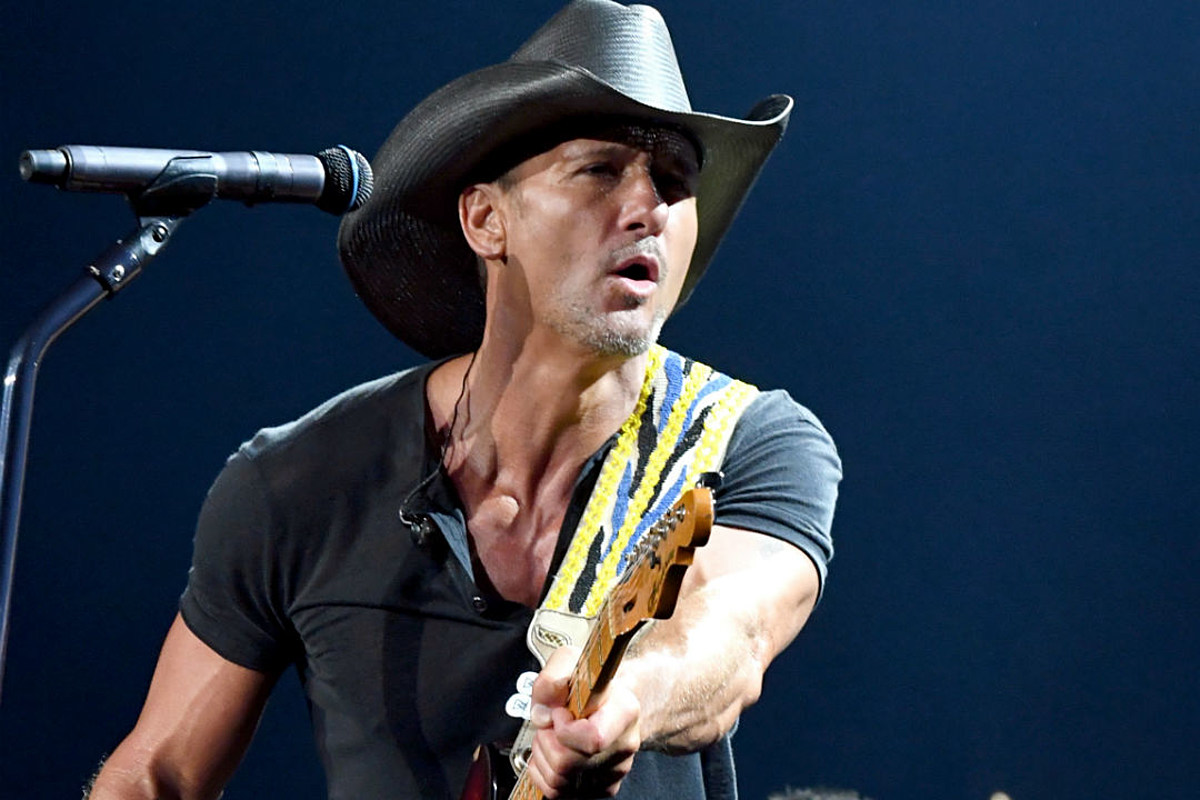 At long last, Tim McGraw‘s next studio album is coming soon. It’s about time: The country star has been teasing a new project since late 2018. Yup, it’s taken us two years to get to this point!

McGraw’s latest release is 2017’s The Rest of Our Life, a collaboration with Faith Hill, his wife and fellow country star. His last solo album, Damn Country Music, however, came out all the way back in 2015. So, yeah, his fans have been waiting quite a while for this one.

Here’s what we know so far about McGraw’s next project.

McGraw’s next studio album is titled Here on Earth. He officially announced the project on July 10, the same day he dropped its title track.

Here on Earth is due out on Aug. 21. It’s available for pre-order now.

McGraw’s new album will be released Big Machine Records. The country star re-joined the label in February, after, in 2017, signing to Sony to release “Speak to a Girl,” a duet with his wife, Faith Hill, that would later be released on their The Rest of Our Life album.

McGraw’s Here on Earth album cover keeps with the record’s galactic theme. The singer is pictured on the cover, amid a sky full of stars. The album’s title is at the bottom of the artwork, while McGraw’s last name — and only his last name — appears at the top.

Based on the songs that have been released so far, McGraw is working with his long-time collaborator Byron Gallimore on Here on Earth.

McGraw’s first hints of a new album came in October of 2018, when he shared a brand-new single, “Neon Church,” along with another new song, “Thought About You.” Both, McGraw said at the time, would be on his next album; however, neither appears in the tracklist for the project, likely became he released those songs with Sony, not Big Machine.

McGraw’s most recent single, “I Called Mama,” arrived in May. Lance Miller, Marv Green and Jimmy Yeary co-wrote the song.

In addition to “I Called Mama,” McGraw has already shared Here on Earth‘s title track. Lori McKenna, Jaren Johnston, Jessie Jo Dillon, Tom Douglas and more contributed tracks to the project, which a press release describes as “vignettes of shared human emotions such as love, relationships, introspection and fun.”

“The album as a whole provides a musical tapestry of life and a shared experience that we can use to connect all the different lives that we live,” the release continues, “all the different parts of the world that we come from and use music as the universal language to bring people together.”

McGraw had planned to spend this summer on the road for his Here on Earth Tour; however, that trek is one of many canceled due to the novel coronavirus pandemic. Instead, to launch Here on Earth, McGraw has a special livestream event planned on Aug. 21.

LOOK: Tim McGraw Through the Years