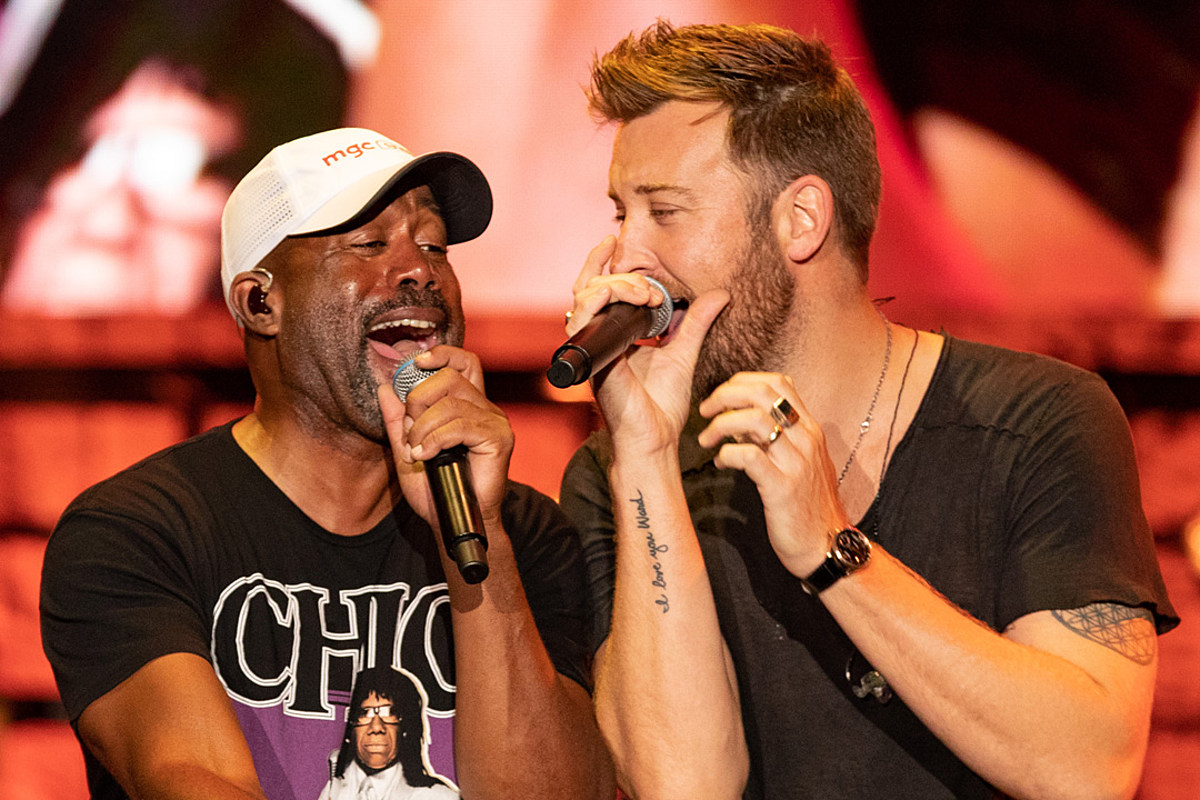 Darius Rucker and Charles Kelley of Lady A are close friends and golfing buddies, so the ”Beers and Sunshine” singer was plenty available to discuss the trio’s name change earlier this year. Talking to Taste of Country Nights, Rucker reveals that Kelley did reach out to get his advice, but he stopped short of sharing the details of their conversation.

The group’s frontman wasn’t the only member of the country music community that came calling, either. Several friends dialed Rucker up, and he appreciated every discussion.

“They didn’t call to ask me to exonerate anything,” Rucker says, referring to the nationwide conversation about race taking place after George Floyd’s death and the Black Lives Matter demonstrations. “They called me to talk about it. It was really great that the dialogue was open and we were talking. It was huge to me. It’s something that the world and Nashville needs.”

Lady A (formerly Lady Antebellum) changed their name soon after, acknowledging the ties to slavery the word “antebellum” carries. Their new name has brought new controversy, however, as blues singer Anita White had already been using the name Lady A to release music. In early July, the country trio Lady A filed a lawsuit seeking to affirm their right to the name Lady A.

Rucker spoke of personal experiences of racism in responding the death of George Floyd and other Black men and women during incidents with police. In a lengthy note on Facebook, he admitted he’d previously just accepted racism as the way things are.

“It is no longer alright for me to perpetuate the myth that things are okay,” Rucker wrote. “I have kids whom I love and cherish, and to watch them go through this, to feel their anguish and anger trying to deal with this is heartbreaking for me. The question that keeps coming up is ‘will it ever change?’ And my answer now has to be ‘YES.’”

For several years, Rucker was the only Black artist to be found on contemporary country radio playlists. Recently Kane Brown and Jimmie Allen have scored No. 1 hits, something Rucker has said in previous interviews he feels is important for the genre. Rucker, Allen and Charley Pride teamed up to record ”Why Things Happen” on Allen’s new EP, Bettie James.