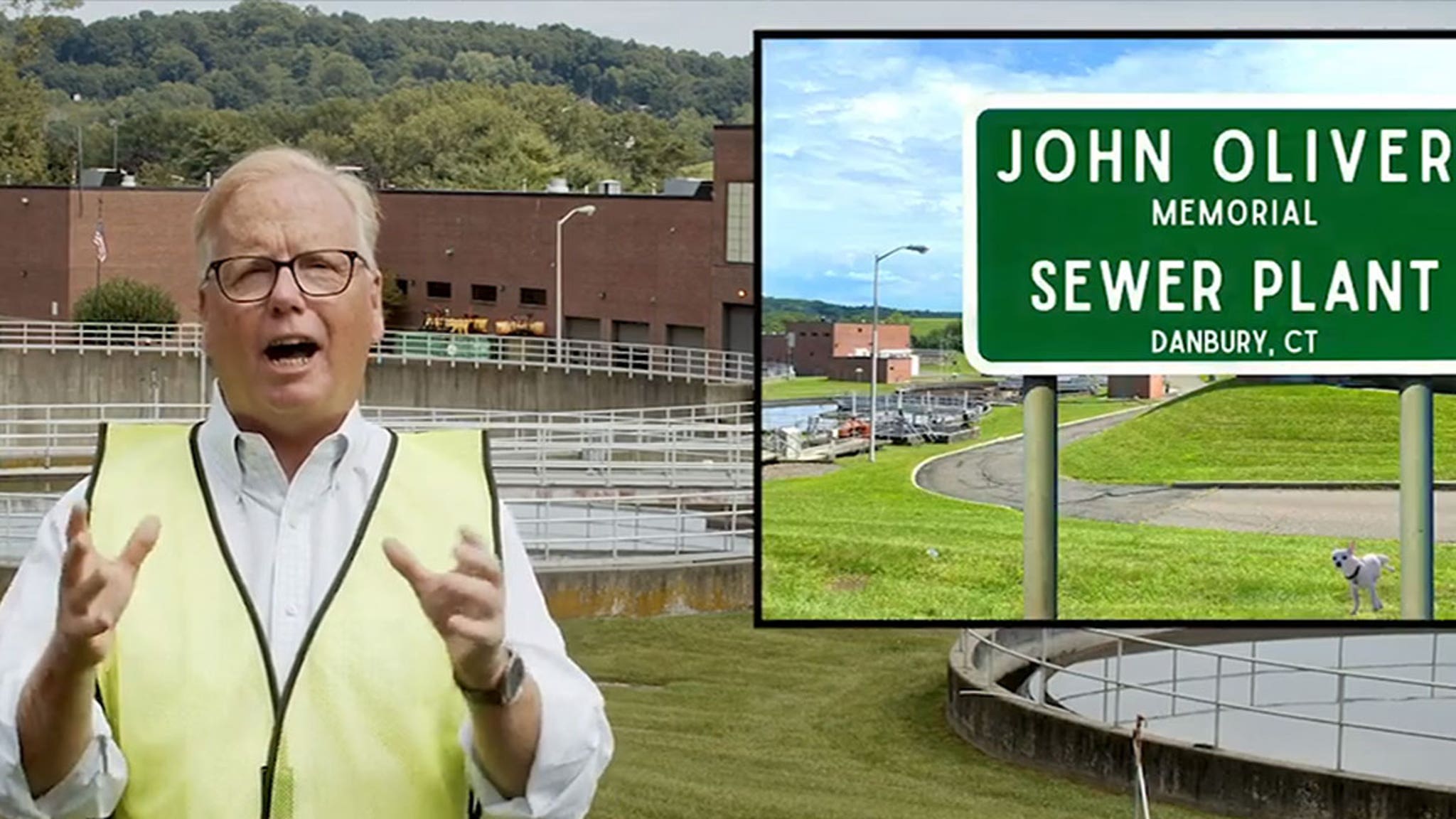 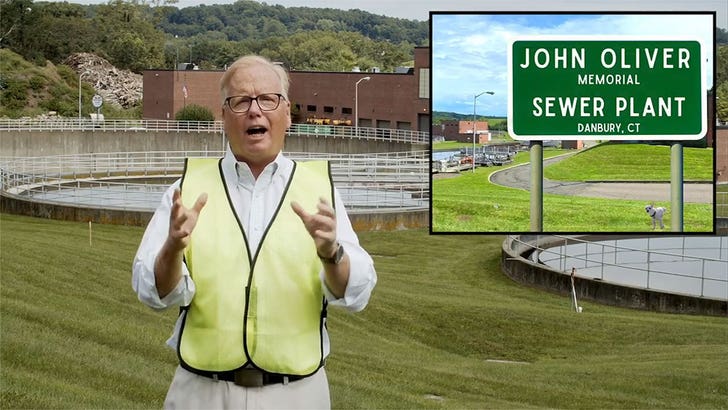 John Oliver took a bit of shot at a small town in Connecticut, and they just took one of their own in cheeky fashion … naming a sewer plant after the talk show host.

Mayor Mark Boughton of Danbury, CT posted a video on his Facebook page this weekend responding to John’s scathing rebuke of his city … which the ‘Last Week Tonight’ host took aim at … seemingly to poke fun at how kitschy and quaint it is.

John was talking about how different cities and states in the U.S. botch jury selection processes by virtually guaranteeing all-white jurors … often screwing over people of color. He noted two racially diverse Connecticut jurisdictions often get skipped over for jury selection … and then randomly launched into this hate bit on Danbury.

It was all in good fun, and it doesn’t seem John has any real animosity against the town or its people. In our eyes, the Danbury tangent just served to lighten the mood.

Well, it appears the Mayor took it personally … and literally went out of his way to respond, saying he would officially rename the city’s sewer plant after JO himself. In his own words, Mayor Boughton says of the move, “Why??? Because it’s full of s***. Just like you, John.”

Talk about getting in your feels, huh?