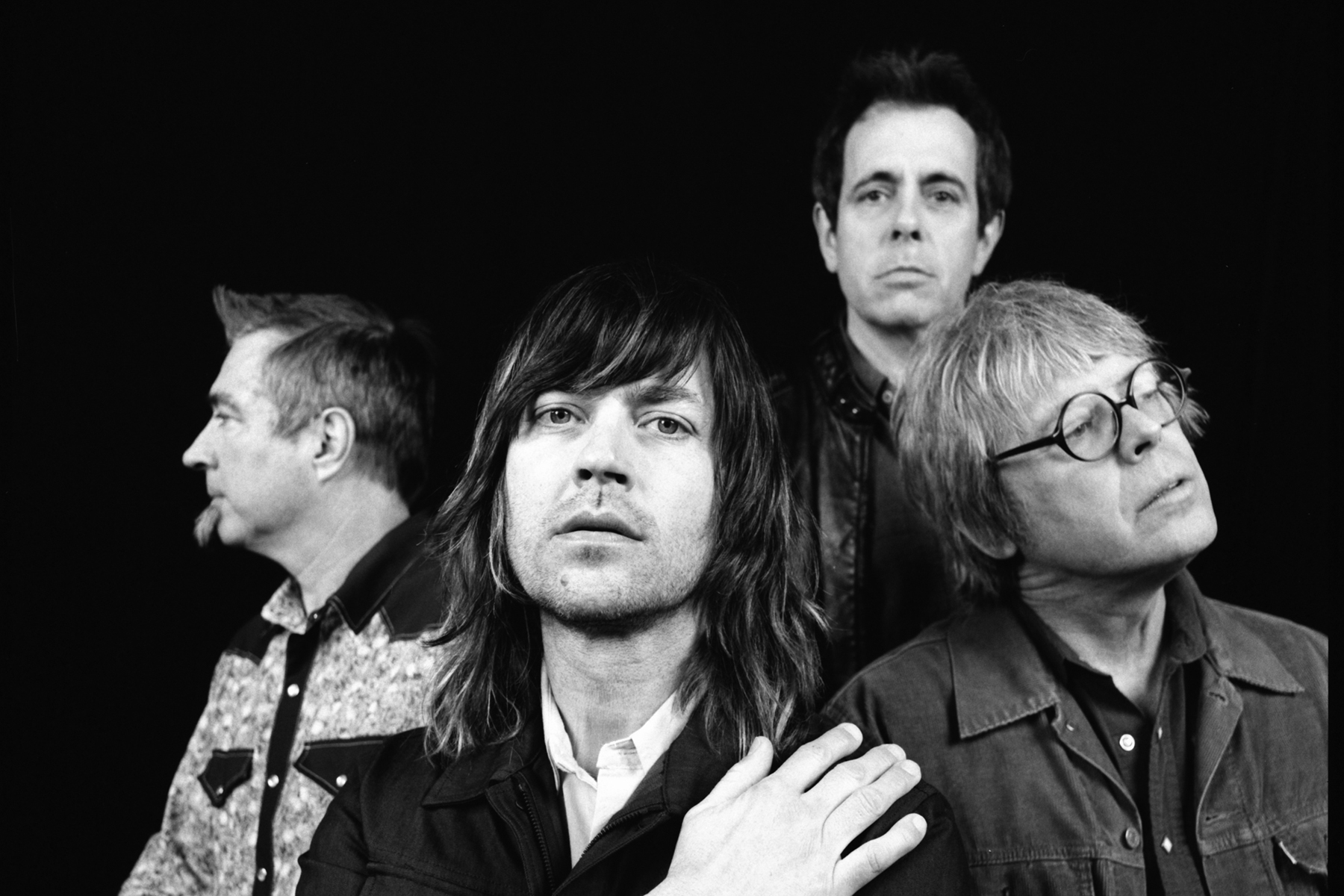 When Old 97’s singer Rhett Miller was a kid in the Seventies, he worshipped Roger Staubach, the quick-on-his-feet quarterback of the Dallas Cowboys. Staubach was so much of a figure in Miller’s life that he even haunted his subconscious.

He remembers vividly a surreal dream he had one humid day as a nine-year-old while on a family vacation in Pine Bluff, Arkansas. Hearing him describe it, it sounds like something out of a Fellini film.

“I can remember to this day what it looked like,” he tells Rolling Stone. “It was a cloud scenario, like a cliché heaven, and there was a long conference table. On one side of it, looking at me, was [Olympic track star] Jesse Owens, who had just passed away two months earlier; Albert Einstein, the cliché smartest guy in the world; and then Roger Staubach, who was the touchstone of my childhood. I had this vision of them as my guardian angels.”

Fast forward to 2020, when he and the Old 97’s were finishing their latest album, Twelfth, and Staubach — who wore a No. 12 jersey — once again appeared in the 49-year-old’s dreams. This time, he was on the gridiron, in mid-pass. “He’d always get off his feet, which is very dangerous, and he’d rise up in the air to throw the ball,” Miller says. “I had this vision that that should be the [album] cover.”

And in the End

Released on Friday, the Old 97’s’ Twelfth does indeed feature an in-his-prime Staubach on the cover. But Miller initially wrote off the idea as “impossible,” despite knowing the Staubach family (the quarterback’s kids are big fans of the band). “All the hoops we’d have to jump through,” he sighs. “But I spent the ensuing three months doing it.”

He started with his hero. “Getting Roger to sign off was the easiest. He immediately said, ‘Yes, whatever you want, for no money, it’s fine, I love it,’” Miller says.

Securing the rights to the particular photo that he wanted proved too expensive for the band’s label, ATO Records, however. So Miller leaned on a friend at Sports Illustrated (for whom he once wrote an essay about Texas football) and succeeded in lowering the quote. 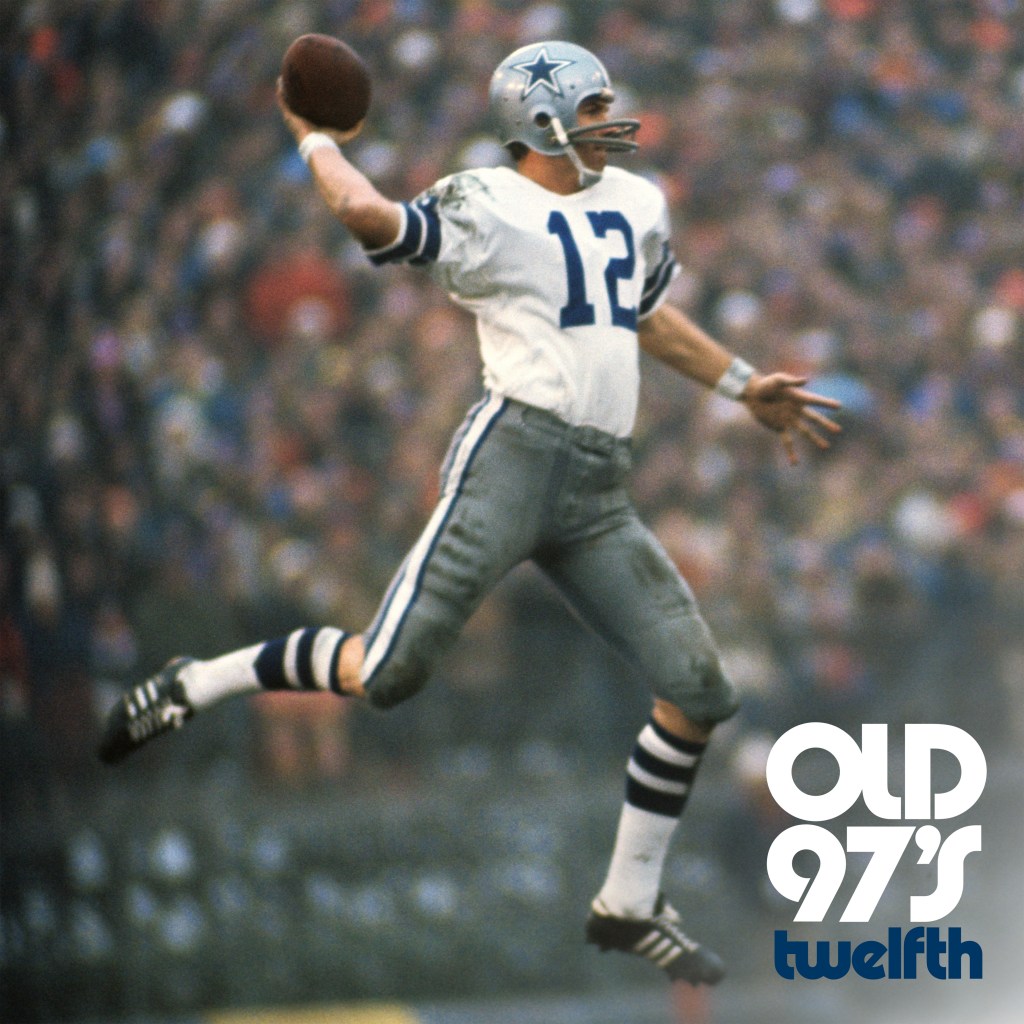 But persuading the notoriously proprietary NFL, and Cowboys owner Jerry Jones, was the toughest sell. “That was the biggest hurdle of all,” says Miller, who turned to Staubach for a hail Mary. “I was able to get Roger to make a personal request to them. Finally, three months later, it became a reality. To this day, I can’t believe it’s going to be the cover of the album.”

Miller knows the image may not thrill the band’s fans in NFC cities Philadelphia, Washington, D.C., and New York, but he can’t disavow the role that “Captain America” played in his formative years.

“It was a time when my parents’ marriage was starting to disintegrate. My own self-image was really crystallizing. I realized I had no friends, I was ostracized, and would get picked on and called ‘opera singer,’” he says. “Roger Staubach had this personal importance to me.”

Seven years ago, Miller took his son Max to a Cowboys-Giants game, scoring seats with the Staubachs in their personal box at AT&T Stadium. He glanced over to see Staubach talking to his son, who was the same age Miller was when he had his pivotal fever dream.

Artist to Watch: Roberta Lea Breaks Out of the 757
Fire Country Season 1 Episode 7 Review: Happy to Help
Can You Guess These Famous Books From Their AI-Generated Covers?
Be Bold: Add Some Color to Your Bookshelves
Naomi Osaka’s Holiday Gift Guide for Fitness Lovers