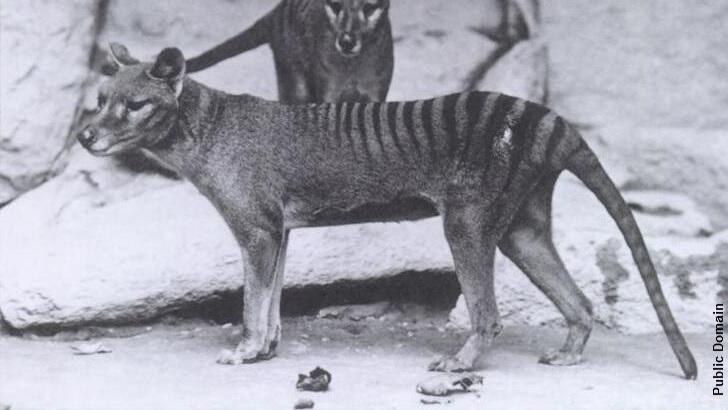 An intriguing new study looking at the remains of Tasmanian Tigers indicates that the now-extinct creature was likely considerably smaller than scientists previously believed. The thought-provoking work was reportedly conducted by American PhD student Douglass Rovinsky, who was so fascinated by the mysterious thylacine that he actually moved to Australia to research the legendary ‘lost’ animal. Upon arriving Down Under and getting his hands on a Tasmanian Tiger skull, the researcher was taken aback by just how diminutive it was compared to what he had expected.

Noting that scientists have long thought that the thylacine weighed approximately 65 pounds on average, Rovinksy was highly skeptical of that assessment. The PhD student pondered the problem of how one might go about determining the size of an extinct animal and, after two years of considering the challenge, came up with a method wherein he created 3D scans of thylacine skeletons and taxidermied remains. In turn, he explained, “you just get the volume of that surface scan and then you can calculate the mass from the volume.”

Rovinsky ultimately build a database of 93 Tasmanian Tigers and found that, on average, the animal actually weighed around 37 pounds, which he likened to a sheep dog or a large coyote. This proverbial downgrade in size for the thylacine has implications beyond merely its appearance, he mused, arguing that it should inspire “a radical rethinking of its place in the ecosystem.” That is because the smaller Tasmanian Tiger was likely not the fierce predator feared by farmers when it once roamed the land and, in fact, probably feasted on much smaller animals.