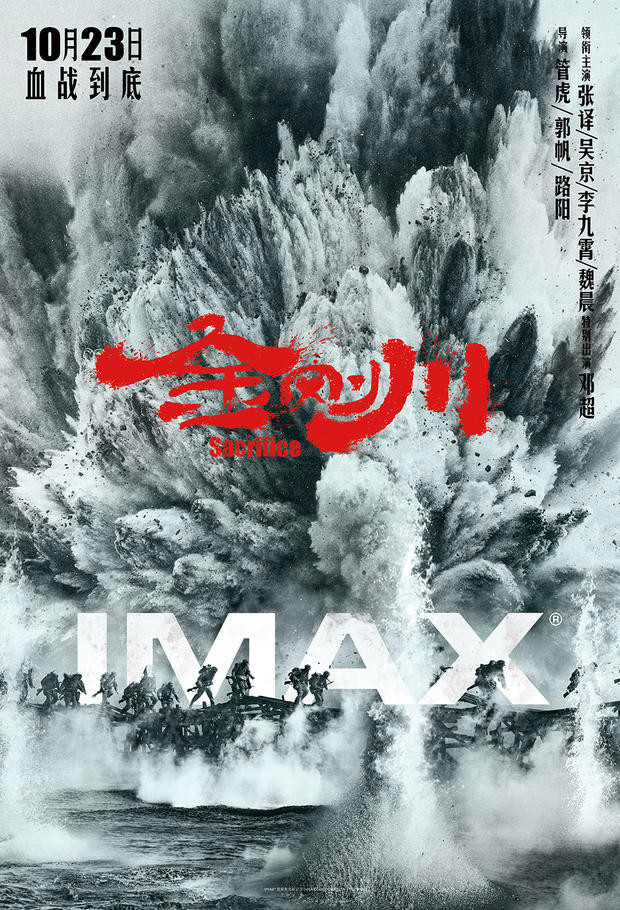 Refresh for latest…: To commemorate the 70th anniversary of the Chinese People’s Volunteers Army entering the Korean War, the Middle Kingdom released epic The Sacrifice this weekend. The locally-titled Jin Gang Chuan grossed an estimated $53M in its three-day bow. While not a record start for the year in the market, the actioner could hold well for the next weeks that currently see no major new releases.

The Sacrifice boasts a strong pedigree — it’s co-directed by The Eight Hundred’s Guan Hu, The Wandering Earth’s Frant Gwo and Brotherhood Of Blades‘ Lu Yang and stars Wu Jing of Wolf Warrior fame. The launch was somewhat lower than expected given all that talent. It’s carrying a 9.4 on ticketing platform Maoyan, and a 6.7 on Douban.

Before diving deeper into China, we must look at Japan and phenom Demon Slayer The Movie: Mugen Train which last weekend shattered all-time opening records in the market with a $44M three-day bow. We do not yet have a final number on this weekend, but we understand from various sources that the film is on either side of $100M after the second session which is simply remarkable.

In IMAX, the anime adaptation from Toho and Aniplex set another record in the sophomore frame, with $2.04M from 38 screens, to rep a per-screen average of $54K and a drop of only 10% from last weekend’s high bar. And, get this: the IMAX 2nd weekend result for Demon Slayer is 6% above Star Wars: The Rise Of Skywalker’s opening weekend, and 59% higher than local hit Weathering With You’s debut. The total IMAX cume after 10 days is $5.6M.

Demon Slayer has runway ahead of it, as well as an early November holiday in Japan, so this will continue to be one to watch.

The news out of Japan, as well as the continuing strong performance of Chinese titles, comes at a time when European majors are attempting to put the brakes on a new wave of COVID-19. France has imposed a curfew across a huge swath of the country while Italy from tomorrow will re-close cinemas and Spain has declared a new state of alarm.