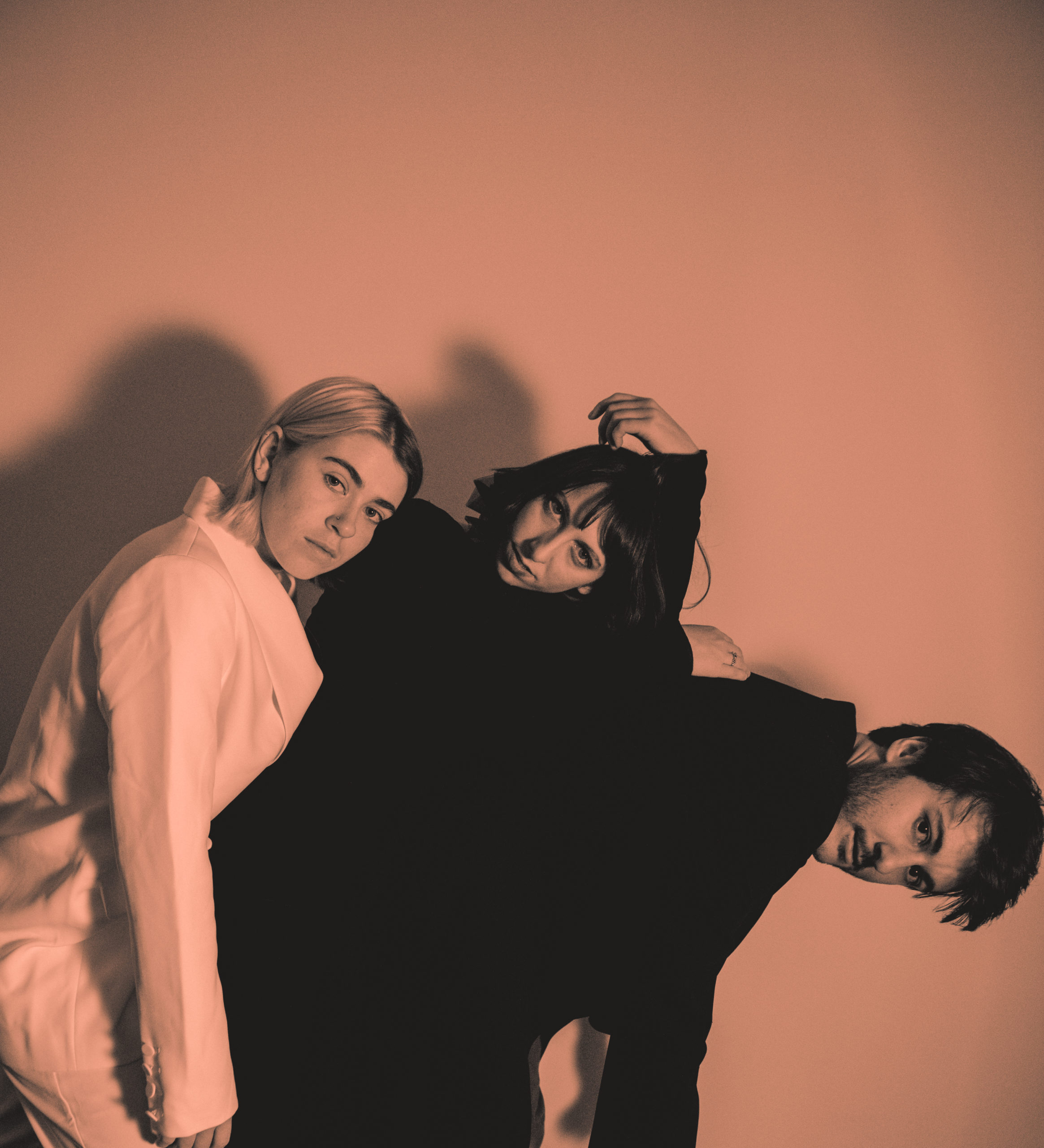 An alt-rock outfit based in Charleston, South Carolina, Babe Club bring together uproarious guitars, anthemic hooks, and lush synths that fit into the wider trend of 90s revivalism while delivering tunes that are both memorable and dynamic. Having grown up in Long Island, New York, lead singer and guitarist Jenna Desmond moved to Charleston to study psychology, where she met fellow bandmate Corey Campbell, who at the at the time was completing her music degree and touring as the guitarist for the indie rock band Susto. After graduating, Campbell taught Desmond how to play bass so that she could join them on their next tour. It was in 2018 that the two quit the band to form Babe Club, and started recording their first EP a year later at Big Trouble Recording in Atlanta alongside producer Dan Gleason and engineer TJ Eias. Fittingly titled Remember This Feeling, the project’s expansive, airy sound invokes the intensity of a live show, while the songs document the experience of figuring out life as a young person on the road. There’s a raucousness that comes through on tracks like the driving ‘Future Talks’ or the pop-inflected ‘Need a Girl’, while their evocative, stripped-back rendition of Talking Heads’ ‘Road to Nowhere’ – which isn’t on the EP but very much complements the themes that permeate it – showcases their versatility as musicians. The chemistry between Jenna and Corey remains at the heart of Babe Club, and ‘Together’ speaks to that sense of unity in ways that are more resonant than ever: “Together, we are better,” they proclaim.

We caught up with Babe Club for this edition of our Artist Spotlight series, where we showcase up-and-coming artists and give them a chance to talk about their music.

You toured together as part of the band Susto before leaving to form Babe Club. What did you learn from those years playing together, and how has that carried over onto Babe Club?

One of the most impactful elements was being able to see so many super talented acts out there. We were lucky to tour with some amazing artists, and got to play some festivals with a lot of our favorite bands. It’s always inspiring to see live music out there, but when you have the opportunity to be exposed to it almost every night it really starts to shape you as a performer. You start to pick up little tips/motions/tricks from other artists. You get to see what works and what doesn’t work.

We also got to see the inner workings of a growing band, and got a nice crash course in the music industry. Which on its face is a very confusing world to navigate. There’s so much that’s underwater and invisible to anybody who’s just starting out.

What’s your creative process like when it comes to writing songs?

Jenna does most of the writing/initial creation. Often times she’ll be inspired by a story, or an interesting phrase overheard from a conversation. Then she’ll pick up a guitar and maybe improvise over some chords/music that she feels inspired by. This will sometimes take the shape of a simple voice memo, or a full scale garage band demo. After that step, she’ll then show me (Corey) the song, and I’ll do my share of producing/writing. Might rearrange some structure, or reshape a melody. Mostly I’m adding instrumental performance/arrangement around her foundation of an idea.

Sometimes I’ll make a cool instrumental track that inspires Jenna and she’ll improvise some words over that. Which was the process for the song ‘Together’ on our EP.

Could you talk about recording the EP and working with Dan Gleason as producer? What do you feel he brought to these songs?

Dan brought a lot of guidance to our project. He has a lot of wisdom as a recording artist, and brought a lot of intentional thought to our record. He really knew how to extract the best musical moments from all of us. He knew when to have us dig deeper, and also knew when we had found what we needed. And we cannot forget the guy who made it sound as good as it does. Shout out to TJ Elias who recorded/mixed the record. This guy is Dan’s Partner at Big Trouble Studio in Atlanta, and they’re a power house.

What do you hope listeners take away from the EP?

I hope listeners DM us on Instagram and chat. Wish we could meet people at shows, we miss it. We hope if people connect to the music they reach out and we can have some real interactions.

Would you say there’s a unifying theme to the EP, lyrically?

The theme of the lyrics on the EP are definitely about self-discovery and identity. Wrote most of these songs in our 20s when we were touring all over the place. The subject matter ranges from stopping shaving my legs, questioning getting an entry level job, missing real true friendship and connection, growing into a new version of yourself, and having a lot of self doubt.

Both of you have a history of playing the piano, but the music you make together is obviously pretty guitar-heavy. Does the instrument still play any role in the songwriting process, and do you see yourself utilizing it more in the future?

Yeah, we both have a history playing the piano. It was the first instrument Jenna learned, meanwhile Corey started on the guitar. Though Corey did go to college to study piano!

I think the piano is very much a part of our songwriting process. We definitely wrote these first five songs when Jenna had just learned how to play guitar and she was really into writing on it. A lot of these songs started as baselines actually.

There’s a lot more piano based songs in our future. Just wait!

What’s next for Babe Club?

We plan releasing some more music next year, and making some more music videos. Corey also plans on eating more vegetarian. Jenna’s looking forward to trying new things like songwriting with new people and producing, and Corey is getting more into producing and mixing records.

Remember This Feeling is out now.