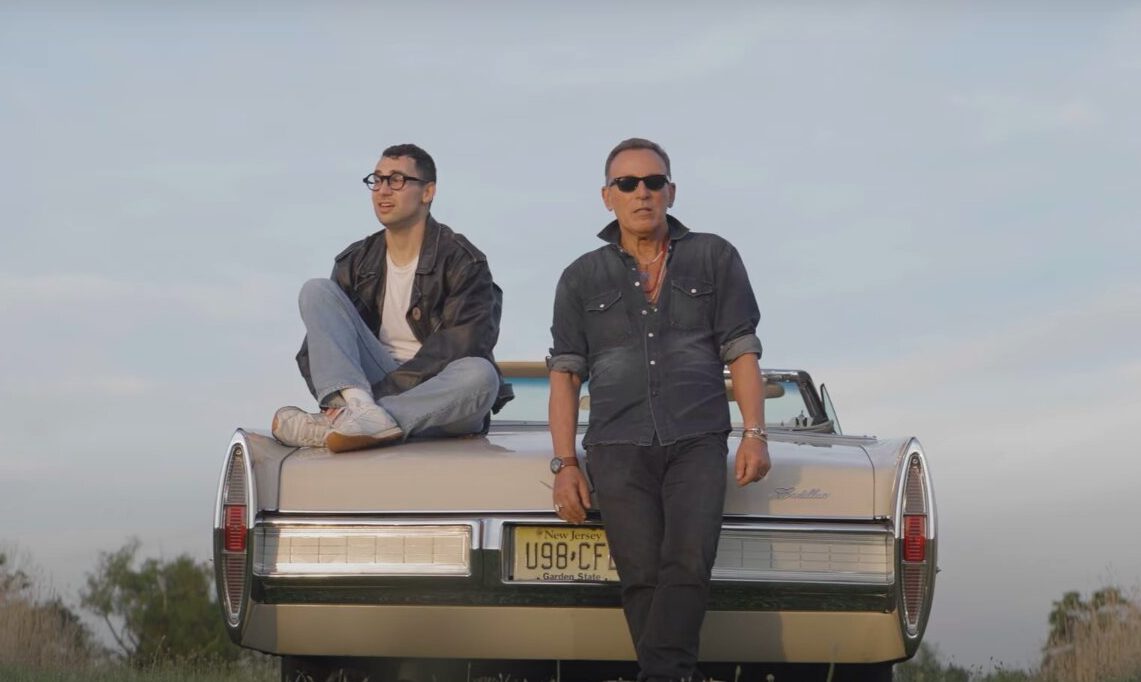 Bleachers is back with two new songs: ‘chinatown’, featuring fellow New Jersey native Bruce Springsteen, and another solo single titled ’45’. Check out both tracks below, along with a Carlotta Kohl-directed video for ‘chinatown’.

““chinatown” starts in NYC and travels to new jersey,” Bleachers’ Jack Antonoff said in a statement. “that pull back to the place i am from mixed with terror of falling in love again. having to show your cards to someone and the shock when you see them for yourself. thinking you know yourself and where you are from…. having to see yourself through somebody who you want to stay… i started to write this song with these ideas ringing in my head. to further understand who you are pushes you to further understand where you are from and what that looks and sounds like. there are pieces in that that are worth carrying forever and pieces worth letting die.”

He added: ““chinatown” and “45” are both the story of this—“chinatown” through someone else, “45” through the mirror. as for bruce, it’s the honor of a lifetime to be joined by him. he is the artist who showed me that the sound of the place i am from has value and that there is a spirit here that needs to be taken all over the world.”

Jack Antonoff’s most recent album as Bleachers was 2017’s Gone Now. He’s since been busy producing albums for the likes of Lana Del Rey, Taylor Swift, and more. According to a press release, the next Bleachers album is slated for release in 2021.