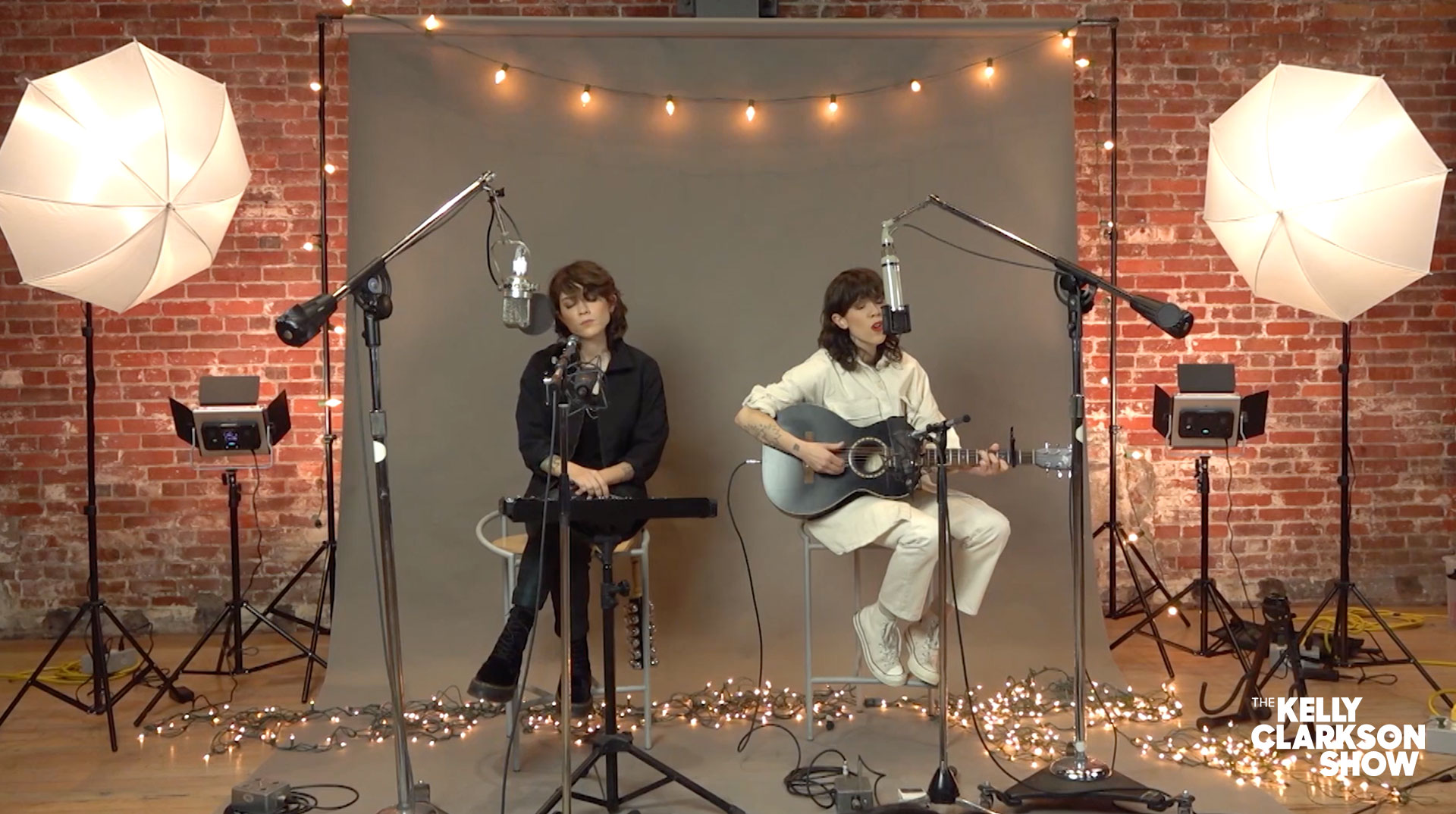 On Friday, Tegan and Sara appeared on The Kelly Clarkson Show to perform their new Christmas song ‘Make You Mine This Season’. “This is our first Covid performance which is exciting but also a new furry friend of mine makes an appearance,” the duo wrote on Twitter. Check it out below, along with Clarkson’s own recent cover of Tegan and Sara’s ‘Closer’.

Tegan and Sara wrote ‘Make You Mine This Season’ for the soundtrack to Clea DuVall’s Hulu holiday movie Happiest Season. Starring Kristen Stewart, Mackenzie Davis, Dan Levy, Alison Brie, and Aubrey Plaza, the film centers around a woman who comes to realize that her longtime girlfriend hasn’t yet come out to her conservative family members. It’s set to premiere on November 25.

It was also recently announced that DuVall will be adapting Tegan and Sara’s 2019 memoir High School into a TV Show. Hey I’m Just Like You, the duo’s most recent studio album, came out last fall.

Catch us performing our FIRST EVER Christmas song, ‘Make You Mine This Season’ from the @HappiestSeason Soundtrack on @kellyclarksontv today! AHHHHH!!! This is our first Covid performance which is exciting but also a new furry friend of mine makes an appearance. Hint 🐶 pic.twitter.com/zNXl0Ucvrt