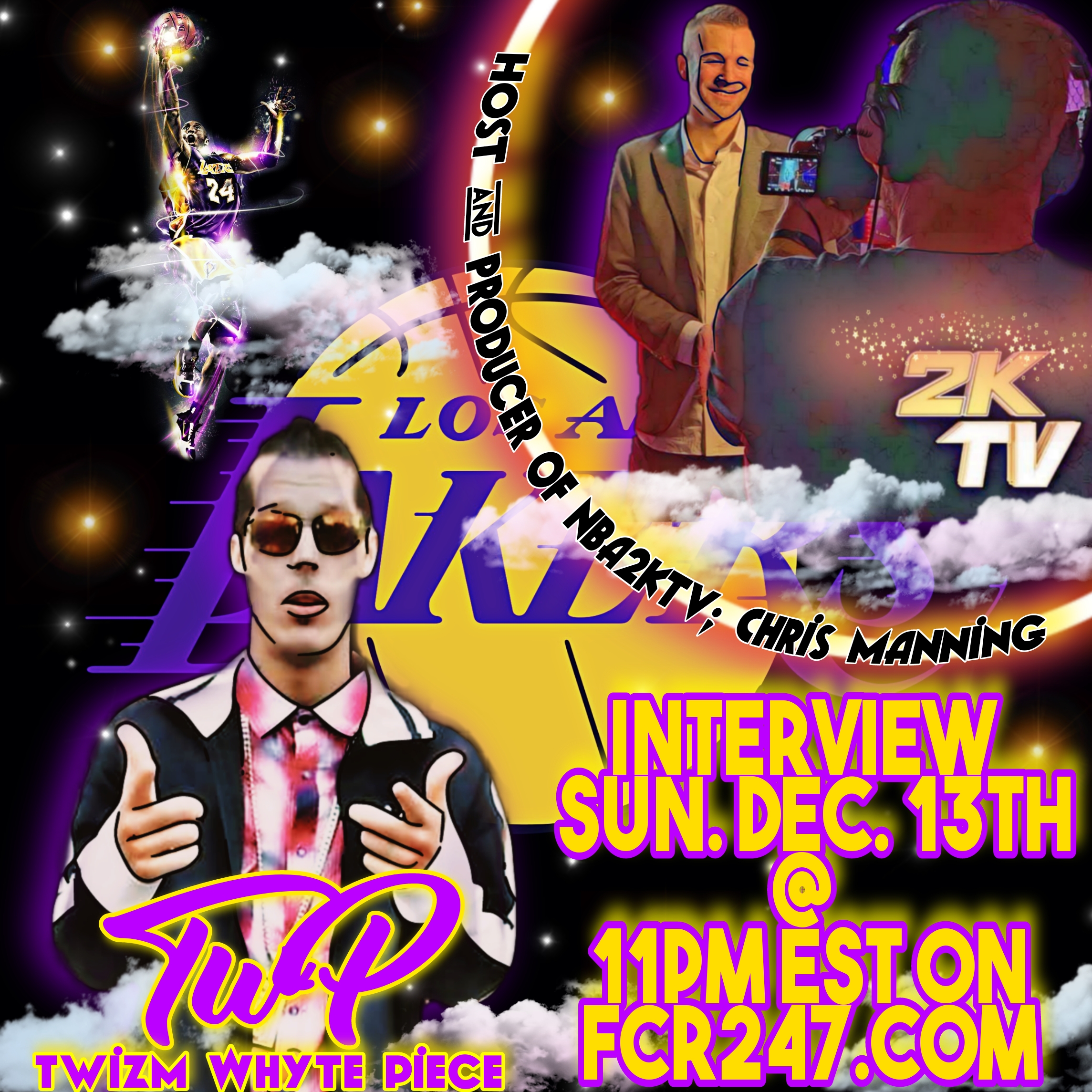 Hip Hop Superstar Twizm Whyte Piece will be interviewing Chris Manning, the host and producer of NBA2KTV, on Sunday December 13th, 2020 at 11 PM EST on FCR247.com .

Chris Manning’s video production work, under the moniker “LD2k”, has gained worldwide recognition throughout the sports community and has resonated with millions of passionate sports fans. He has had the opportunity to work with numerous high-profile athletes on their digital branding through the company “HS3” including Kobe Bryant, Brian Wilson, Jimmy Rollins and Albert Pujols.

In the summer of 2007, he co-founded LakerNation.com, an LLC and one of the largest and most successful Lakers websites on the internet. His work has been seen on The Los Angeles Times, New York Times, LD2k.com, LakerNation.com, LakersGround.net, KB24.com, AndrewBynum.com and AM570radio.com among other websites.

NBA 2KTV (also simply referred to as 2KTV) is an original series produced by Visual Concepts. Debuting in NBA 2K15, it is available to watch both in-game, and on the official NBA 2K YouTube channel.

The show covers NBA 2K gaming and the NBA, featuring interviews with developers and NBA players alike. It also spotlights NBA 2K gamers, and covers events such as the Road To The Finals tournament in 2K Pro-Am. Various episodes have also revealed tidbits about upcoming games, including the addition of more retro teams, gameplay enhancements, and other teasers. It is hosted and produced by Chris Manning.

Fcr247 is a 5 year old Independent Internet Streaming Radio Station. Started in May 2015 by ” Big ” Lou Russo & Twizm Whyte Piece with the idea that anyone and everyone should have access to all kinds of music, Events, Entertainment & Opportunities.  With the passing of Lou Russo That Same Year, Twizm Whyte Piece continued on with the dream to allow All Entertainment The Opportunity To Shine.

Starting As A Podcast & Eventually Working The Way Up To A Full Time 24 / 7 Streaming Radio Station Fcr247 utilizes social media along with television, radio, marketing experts, and a dedicated staff committed to bringing listeners the very best every day.

Listen anytime 24 / 7 to the streaming player or tune in to the live show’s once a week.