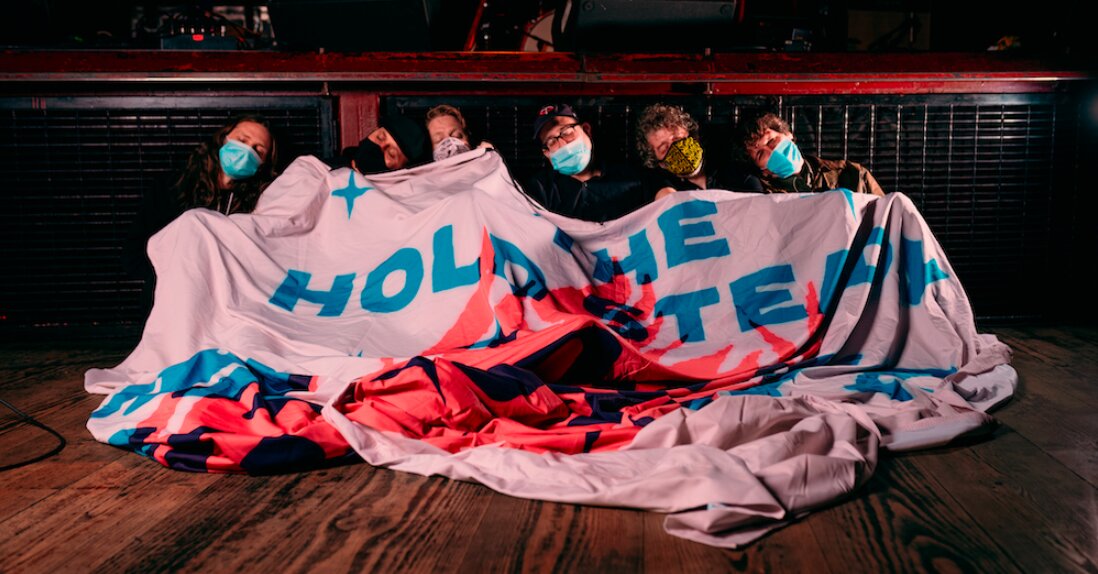 Ahead of the release of their upcoming album Open Door Policy on February 19, The Hold Steady have shared a new single called ‘Heavy Covenant’. Check it out below.

“‘Heavy Covenant’ is a song about travel, technology, and human connection,” singer Craig Finn explained in a statement. “The song came out of two different music pieces that THS piano/keyboardist Franz Nicolay brought in, and with the help of producer Josh Kaufman, we combined them. It came together quickly, and when our friends Stuart and Jordan came in and added the horns to the chorus it really seemed to bring it together. To us, this song is a great indication of where the band’s sound is at in 2021.”

“‘Open Door Policy’ was very much approached as an album vs. a collection of individual songs, and it feels like our most musically expansive record,” he continued. “This album was written and almost entirely recorded before the pandemic started, but the songs and stories explore power, wealth, mental health, technology, capitalism, consumerism, and survival – issues which have compounded in 2020.”