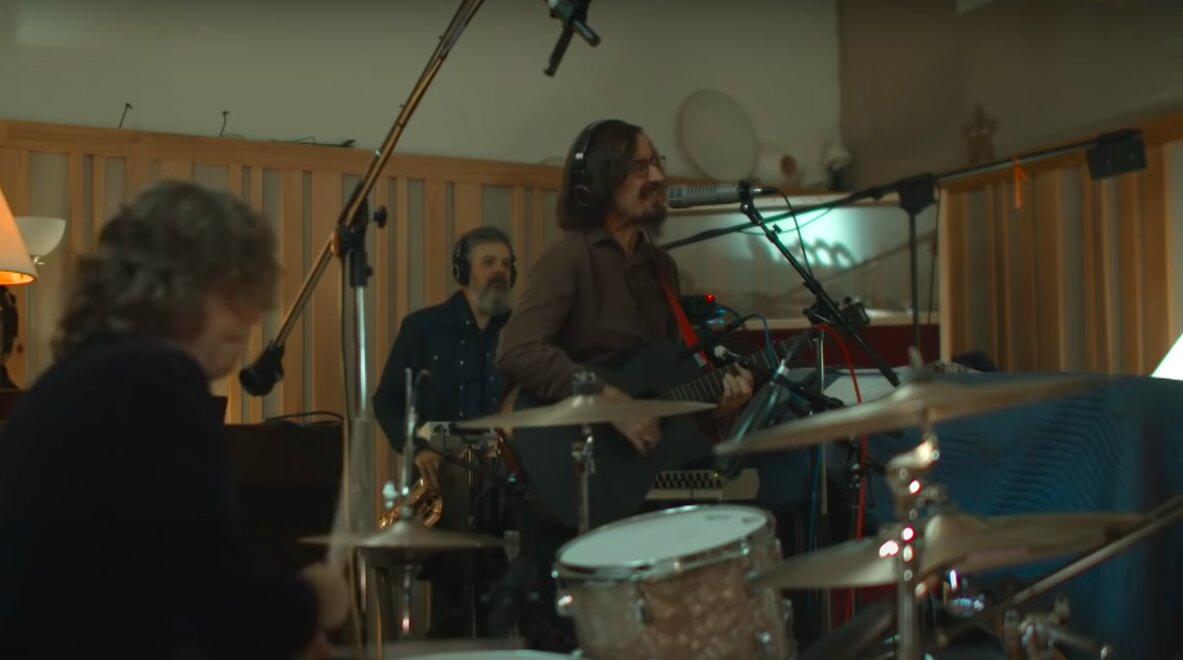 The Mountain Goats were the musical guests on The Late Show with Stephen Colbert last night. They delivered a remote in-studio performance of their Getting Into Knives single ‘Get Famous’. Watch it below.

“One thing we might have done in an alternate-timeline 2020 was perform some “Getting Into Knives” tunes as they were tracked: with 8 people crammed in a room playing together,” the band wrote on Instagram when sharing the performance. “Nice to get the chance to do one for The Late Show with Stephen Colbert.”

Getting into Knives, one of two records The Mountain Goats released in 2020, arrived in October. It was preceded by April’s Songs for Pierre Chuvin, which frontman John Darnielle recorded alone on his boombox.