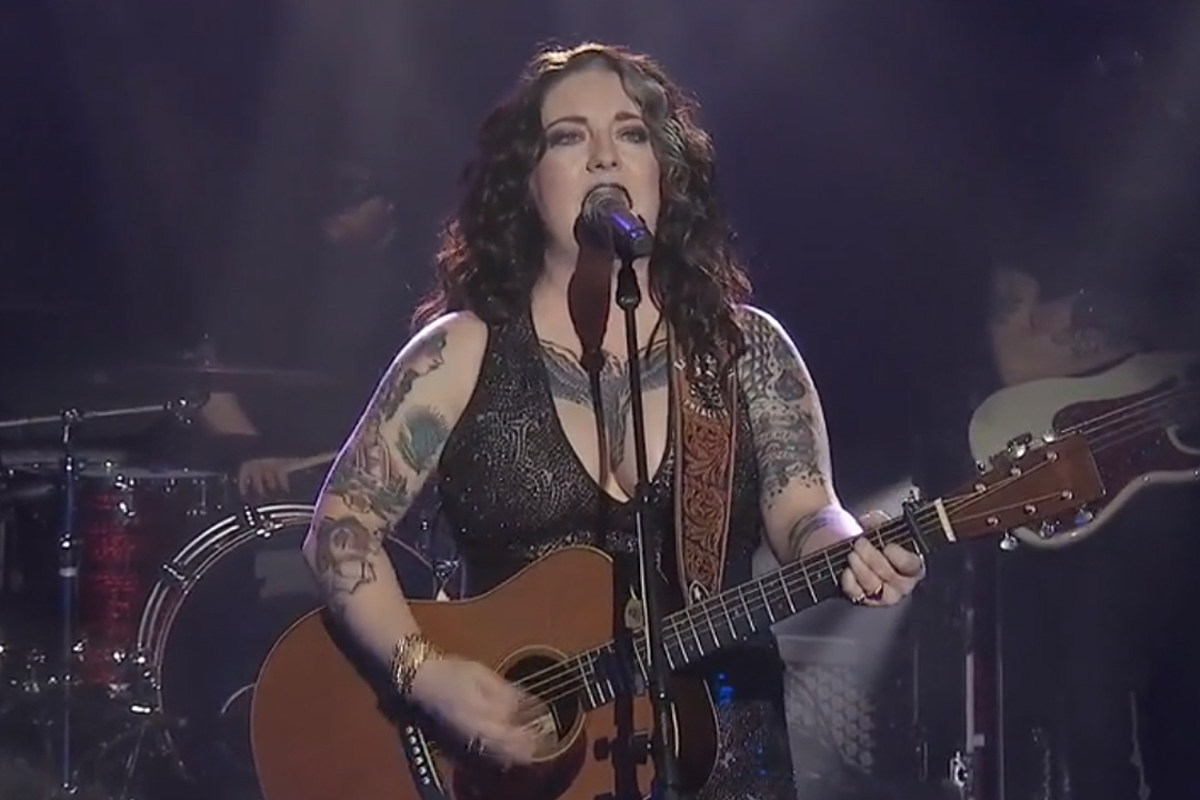 Ashley McBryde was far and away the standout performer at the 2021 CRS New Faces of Country Music showcase in Nashville on Friday (Feb. 19). McBryde delivered a top-notch, energetic performance that balanced the journeyman nature of her particular brand of craftsmanship with an indefinable star quality that can’t be faked.

The 37-year-old singer-songwriter took the stage on the final day of the annual Country Radio Seminar to perform virtually for the gathering of radio executives, record label reps, managers, publicists and journalists who usually congregate in Nashville near the beginning of each year for three days of panels, networking, performances, interviews and more. The event helps set the agenda in the country music industry for the rest of the year, and inclusion in the New Faces show is a rite of passage for virtually every future superstar in country music.

Clad in an elaborate black jumpsuit that wouldn’t have been out of place in a disco in the ’70s, McBryde began her performance with a solo acoustic rendition of “Girl Goin’ Nowhere,” which has become somewhat of a signature song over the last few years. She followed it up with a gritty performance of “A Little Dive Bar in Dahlonega” that served as a reminder that McBryde herself is a veteran of the kinds of intimate venues where a performer has to earn the approval of their audience up close and personal, one person at a time.

McBryde followed that with a high-spirited take on “I’ve Been Everywhere,” altering the lyrics comically to “I Like Every Beer”: “I’ll trade you my brassiere, man, if you buy me a beer,” she sang. A plaintive, earthy rendering of “One Night Standards” followed before she closed with “Martha Divine,” an amped-up, metal-country twist on a classic country murder ballad.

What set McBryde apart from the other artists on the bill was … well, almost everything. Her years of experience show not only in the advanced maturity of her songwriting, singing and instrumental skills, but also in her ability to project as if she’s playing to a crowd even when she’s only performing to a mostly empty room.

McBryde sang each song perfectly in tune, and McBryde radiated more energy by standing still than most performers would by jumping all over the place in an attempt to draw attention to themselves. She embodies the same sort of anti-star attitude that has worked so well in recent years for Chris Stapleton and Luke Combs; no other performer in country music right now is so keenly aware of exactly who they are as McBryde.

That’s not to say the other artists on the bill on Friday weren’t deserving of the New Faces recognition. Hardy gave a strong, energetic performance of Southern rock-influenced songs including “Boots,” “Give Heaven Some Hell” and “Unapologetically Country As Hell,” highlighted by his first No. 1 hit, “One Beer.”

Matt Stell‘s polished, mid-tempo set provided a sharp contrast with precisely arranged, tightly performed songs including “That Ain’t Me No More,” “Everywhere But On” and “Prayed for You,” and Tenille Arts ran the gamut of styles and emotions during a set that included “Everybody Knows Everybody” and “Somebody Like That.” Arts also paused to drink a virtual shot with the industry-only crowd watching from home during what will go down as a (hopefully) one-of-a-kind CRS experience during a pandemic before she sang “Give It to Me Straight.”

Other highlights of the 2021 Country Radio Seminar included a frank conversation with Luke Combs and Maren Morris about race, inclusion and accountability in modern country music, as well as an in-depth artist interview with Luke Bryan.