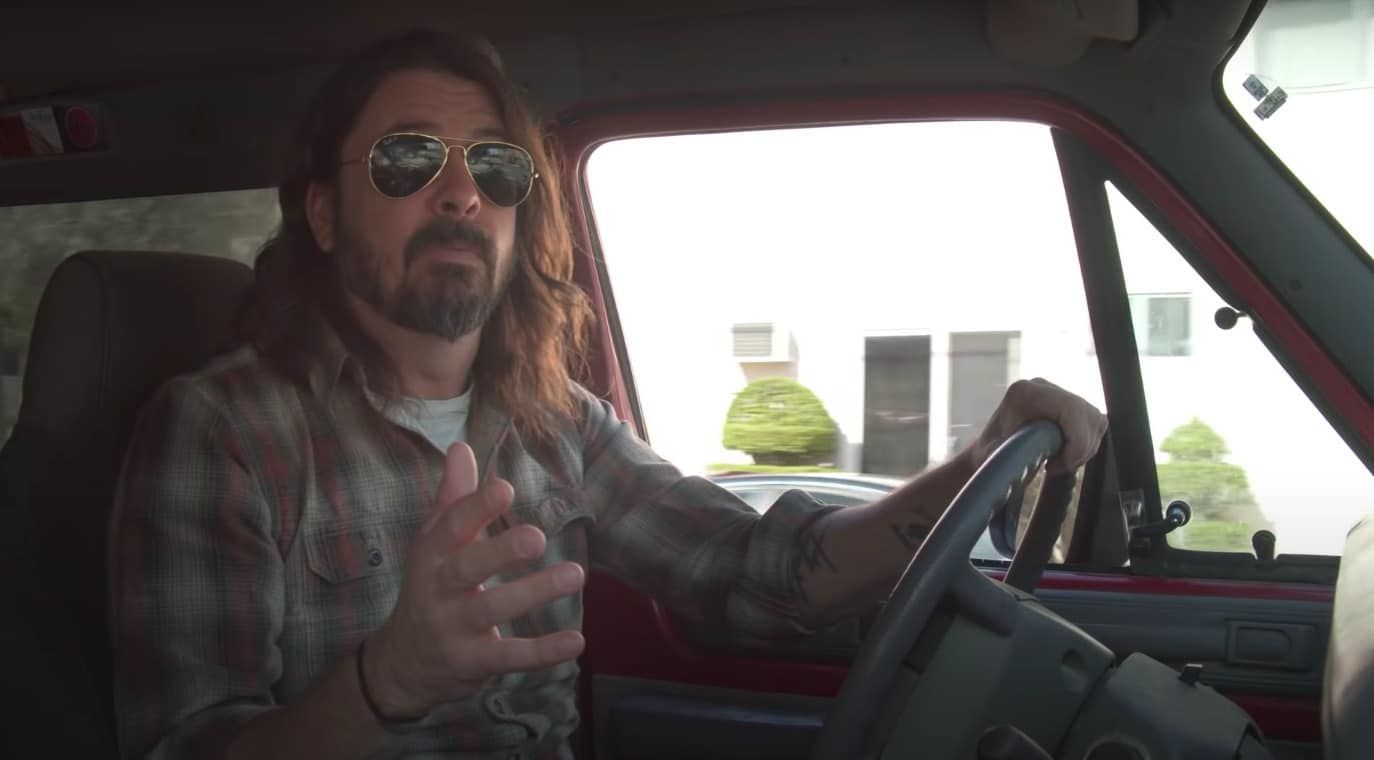 The first trailer for Dave Grohl‘s upcoming documentary about touring and vans, What Drives Us, has been released. The film, directed by Grohl and co-produced by Foo Fighters, features interviews with St. Vincent, Slash and Duff McKagan of Guns N’ Roses, AC/DC’s Brian Johnson, the Edge, Flea, Steven Tyler, Lars Ulrich, and more. Watch the trailer below.

“This film is my love letter to every musician that has ever jumped in an old van with their friends and left it all behind for the simple reward of playing music,” Grohl explained in a statement. “What started as a project to pull back the curtain on the DIY logistics of stuffing all of your friends and equipment into a small space for months on end eventually turned into an exploration of ‘why?’ What drives us?’”

What Drives Us will be released through The Coda Collection in the US and Amazon Prime Video overseas on April 30. Previously, Dave Grohl directed the 2013 documentary Sound City, about the LA studio of the same name, as well as the HBO series Foo Fighters: Sonic Highways. He recently announced a memoir titled The Storyteller, which is set to come out in October.