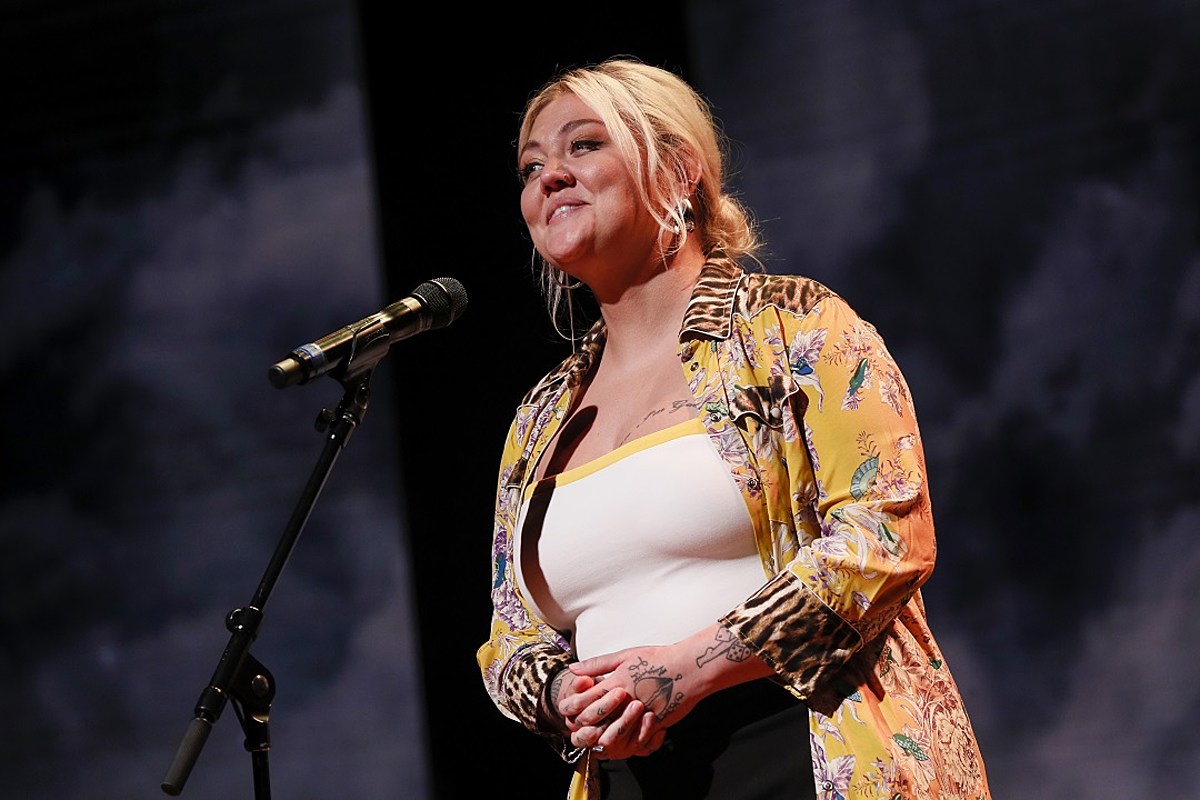 Elle King is ready to make her home in country music, she says — in part because the awards shows are just so dang fun.

King’s solo music leans rootsy, but she’s yet to release a country radio single on her own. Still, she’s a 2020 ACM Awards winner (“Fooled Around and Fell in Love” with Miranda Lambert and the rest of her 2019 Roadside Bars and Pink Guitars tourmates), a 2016 CMA Awards winner (“Different for Girls” with Dierks Bentley) and a previous Grammy Awards nominee in a country category.

“It’s a weird thing: Everybody keeps their dressing room open backstage, and … it feels like you’re down home,” King tells Taste of Country Nights. “It’s so different from a lot of other awards shows; it’s really, genuinely fun … There’s always something to eat; when you’re not pregnant, there’s always something to drink. Everyone’s passing me a flask ’cause they know I’m a good time.”

King also recognizes the loyalty of country music fans — not to mention how fun they make touring.

“Country tours are the best. They’re usually just on the weekends, the fans are always rowdy and full of fun,” she says, “and there’s nothing more loyal than a country fan … They’re loyal forever.”

At Sunday’s (April 18) 2021 ACM Awards, King will be performing “Drunk (and I Don’t Wanna Go Home),” her new collaboration with Lambert. It’s her first country awards show performance, but it was Bentley who was King’s first introduction to the genre. King, though, admits that she didn’t know at the time what a big deal that collaboration was.

“My brother is my, like, country tell. I didn’t know who Dierks was before I did the song with him, and I called my brother,” King recalls. “He’s like, ‘Dierks Bentley!’“

King’s brother had a similar reaction when Lambert invited his sister on tour in 2019: “Of course my brother was super excited about me going on tour with Miranda,” she says, “but he was like, ‘You’re going on tour with Ashley McBryde!’ He’s like, ‘Man, I love her. She is so cool. You’ve got to meet her.'”

He was on to something, as it turned out, and King and McBryde — also a Roadside Bars and Pink Guitars Tour opener — became fast friends. “I just love her so much, and I love what she represents … She’s a really amazing musician,” King says of McBryde.

“I beg her every time I see her [to write together],” she continues, adding with a smile, “She says, ‘I’ll try and pencil you in.'”

Although they sing “Drunk” together, King and Lambert have yet to co-write. They’re both ready to make it happen, however. “She’s invited me out to her farm. I think she’s gonna wait ’til I have the baby,” says King, who is expecting her first child with her fiance, Dan Tooker, “so we can drink together. And that seems like a smart idea, I’d say.”

After relocating from Las Vegas to Nashville in 2020 due to the COVID-19 pandemic, the ACM Awards are back in Music City in 2021. Events will be spread out, airing from iconic venues (the Grand Ole Opry House, the Ryman Auditorium and the Bluebird Cafe). ACM will be following national, state and local guidelines related to the pandemic, as well as additional, self-imposed safety measures.

The 2021 ACM Awards will begin at 8PM ET and will air live on CBS and be available to stream on Paramount+. Sign up for the streaming service here.

Maren Morris and Chris Stapleton lead all 2021 ACM Awards nominees with six each and Miranda Lambert has five, including Female Artist of the Year. Thomas Rhett and Ashley McBryde will be up for four ACM awards on April 18. The CBS broadcast will award trophies for Entertainer, Song and Album of the Year, in addition to Duo and Group of the Year. This is a list of all ACM Awards nominations for 2021.