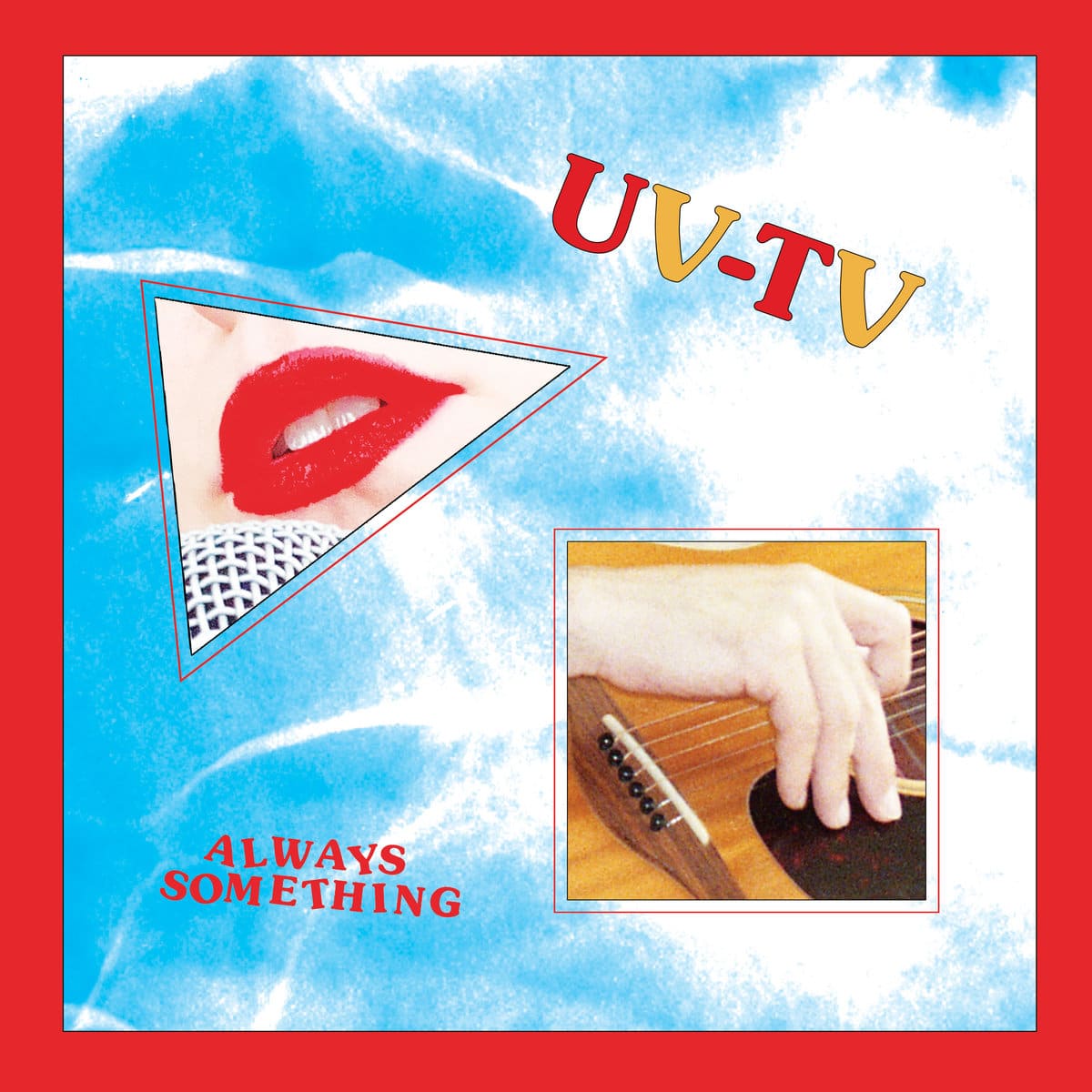 UV-TV tap into something familiar yet consistently exciting. Since releasing their first demo in 2015, the New York City power trio, founded by songwriters Rose Vastola and Ian Bernacett in Gainesville, Florida, have developed their DIY punk sound by sharpening their songwriting and bringing more of their melodic and pop sensibilities into the fold. Their growth is palpable across their first two LPs, 2017’s Glass and 2019’s Happy, but the appeal remains largely the same: they might call to mind a number of late-‘80s to early ‘90s influences, but the nostalgic pull of those reference points doesn’t matter nearly as much as the music itself, which is effortlessly catchy, often thrilling, and pretty much always solid.

Always seems to be the key word here, though UV-TV probably aren’t acknowledging that consistency by naming their third full-length album Always Something. It’s one of those rare albums that’s hard to build a narrative out of, which feels both refreshing and oddly comforting: the gist is that it’s their first LP to be completely written and recorded since the band’s relocation to New York, and the first with drummer Ian Rose as a full-time member. There’s also the fact that it was made against the backdrop of a global pandemic, with a press release stating that the band sought “to recreate the throbbing rhythms, pulsating vibrations and grinding monotony of the day-to-day hustle that existed before Covid.” Indeed, Always Something doesn’t offer a time capsule of early 2020 as much as it captures the sense of malaise and boredom that can pervade our lives beyond this period of imposed isolation.

There’s nothing listless about the way the album sounds though, as the band channels those feelings through kinetic and propulsive power pop. Rose’s drumming is crisp and flavourful throughout, but especially on tracks like ‘Wildflower’, ‘Back to Nowhere’, and ‘Superabound’. Vastola’s voice has an air of disaffection to it, but she’s capable of packing an impressive amount of nuance into her delivery when the song calls for it. Take ‘Plume’, one of the album’s most downbeat and languorous moments, a necessary breather right in the middle of the record; as heavy bass and lethargic acoustic guitar hang around the mix, Vastola carries the track with her affecting, earnest vocals, calling out, “I can’t take it all on my own.” A sweeping electric guitar punctuates the sense of loneliness before the song reaches a gigantic, devastating climax.

Always Something has plenty such moments of pure impact, from the hook-laden ‘Wildflower’ to the shoegaze frenzy of ‘Distant Lullaby’ and the infectious solos on ‘Back to Nowhere’. Even if it lacks some of the raw energy of the band’s previous allbums, it’s an irresistibly fun listen from start to finish, and the production brings a certain amount of richness to the already layered and dynamic performances. With nine tracks clocking in at less than half an hour, if there’s one thing that keeps the album from being remarkable, it’s that it isn’t really trying to be. There’s a pulse to these songs, but not always a ton of heart. Yet there’s always more personality and attitude to UV-TV’s music than almost any other guitar band coasting on those same influences, and that’s certainly something.