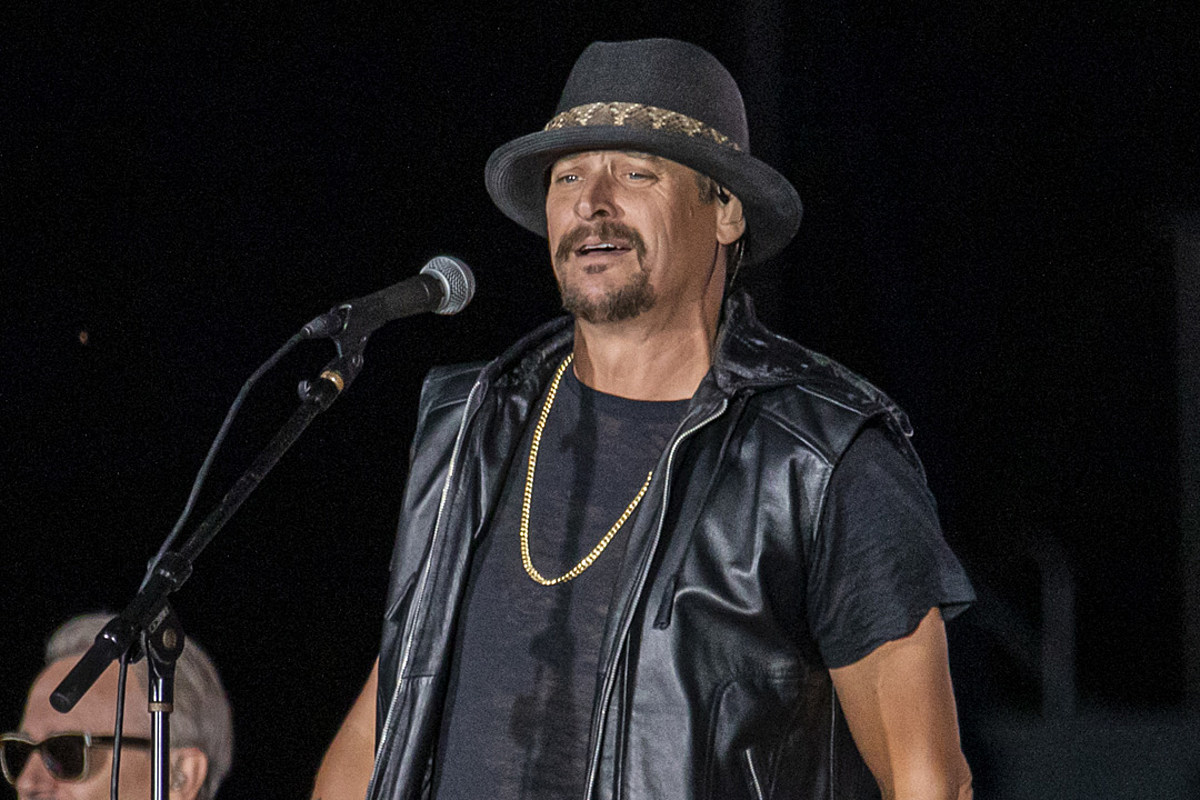 Kid Rock angrily called a group of fans using their cell phones to record his concert “f–king f—ots” and gestured to his crotch in an onstage rant that was captured on camera. TMZ revealed video of the country-rock rapper using the homophobic slur — an incident that happened on Saturday night (June 5) at a bar called FishLips Resort & Grill in Smithville, Tenn.

The clip finds Rock annoyed with fans who are filming him during a performance at the venue, which is part of a marina in Middle Tennessee. He begins with “F–k your iPhone,” and then repeats, “You can post this,” before gesturing to his crotch.

“You f–king f—ots with your phones —,” he adds before the video cuts off. One audience member can be heard supporting Kid Rock’s rant against phone recording, while another man can be seen giving a look of disapproval.

This isn’t the first time Kid Rock (real name: Robert Ritchie) has gained negative attention for saying something offensive. In 2018, he was stripped of his right to be grand marshal of the Nashville Christmas Parade after calling television show host Joy Behar “a b—h.”

In 2015, he talked about his use of the word “gay” in a derogatory sense, saying he would not change in the name of political correctness: “If someone says you can’t say ‘gay’ like that you can tell them to go f–k themselves,” he told the Guardian at the time.

On Sunday night (June 6), Rock was spotted at Miranda Lambert’s Casa Rosa restaurant in Nashville. His own bar and restaurant sits across the street on Lower Broadway.