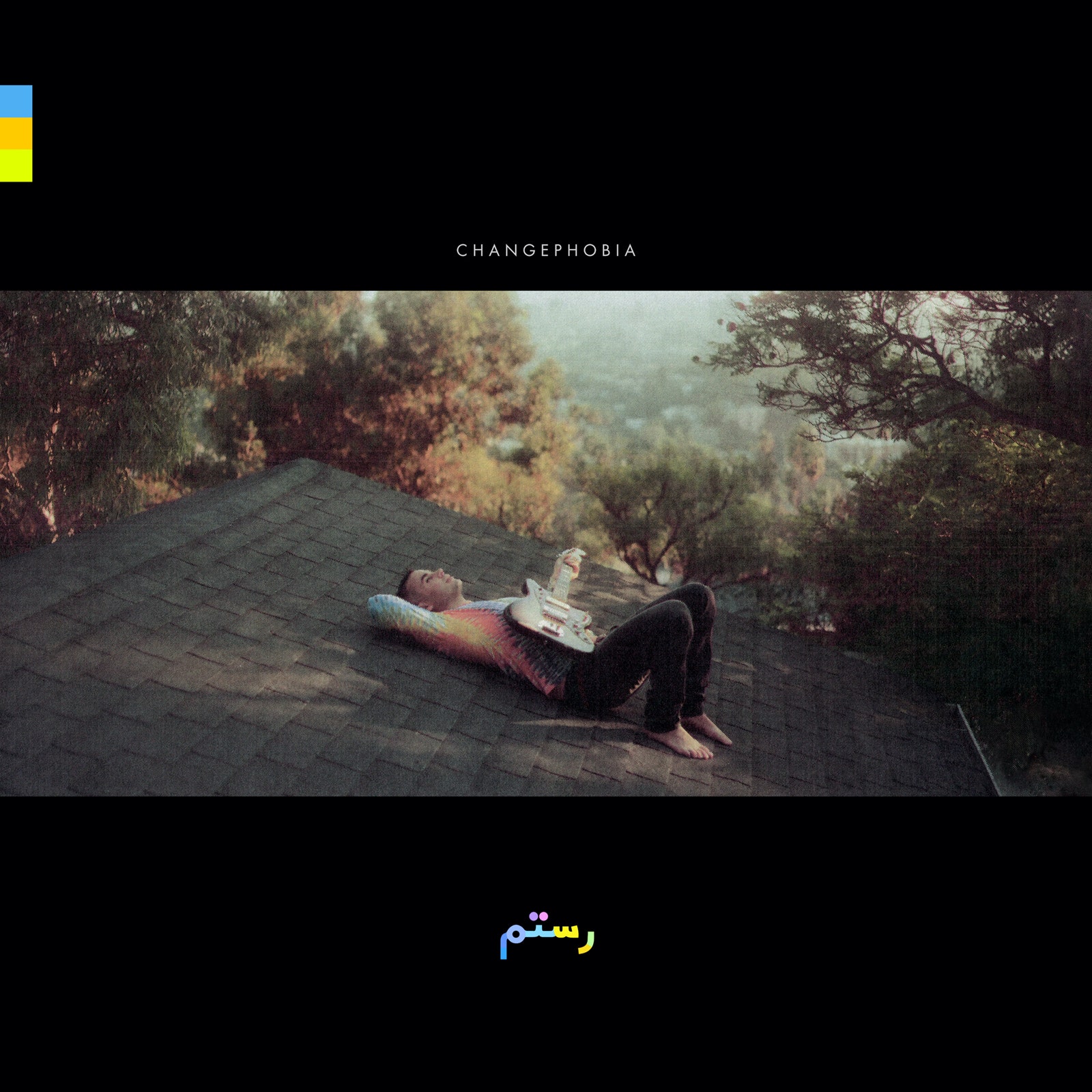 There is a sense of motion bound up in the unique indie-rock-jazz blend of Rostam’s sophomore album, Changephobia – and yet there is also a curious placidity. Frenetic drums and rousing guitar melodies provide a near-constant stream of energy, but any sharp edges are softened by silky saxophone arrangements and honeyed vocals. The project unravels like a kind of gentle blooming, a summery soundscape that carries itself pleasantly along.

Best known as a founding member of Vampire Weekend, Rostam Batmanglij has certainly embraced change: he took the leap into a solo career in 2017 and burst onto the scene with Half-Light, a debut project drenched in electronics and fizzing synth. Between this new venture and his work writing and producing for an impressive list of artists – including HAIM, Clairo, and Frank Ocean – there is much to keep Rostam occupied. Perhaps this is why his newest release feels so much like a space for a reflection, a commitment to quiet introspection while everything around him continues to shift.

Changephobia begins with a feeling of urgency: “Ain’t proud of where we’re going/ You say we can’t afford to slow down,” Rostam sings, hinting at the misery of the younger generation amid political struggles and climate change. Yet he unearths an optimism that weaves its way through the rest of the album as he decides, “We’re gonna slowly pull the earth back together.” His drawled consonants make weighty pronouncements land more like soft contemplations, though glittering keys and playful drums – performed here by Danielle Haim – generate a welcome sense of vibrancy. ‘From the Back of A Cab’ epitomizes this balance between slowness and animation using warm piano riffs that dance among a choppy electronic drum beat. “I’ve been here before/ And I dread the daylight,” Rostam confesses, suspending sonically a transitory instant of bliss preceding a lover’s departure. “I am happy you and I got this hour,” he affirms, and here, at least, he seems to succeed in facing change.

Even when he is not telling stories from inside moving vehicles, Rostam finds a similar sense of contentment. In lead single ‘Unfold You’ – adapted from a sample of a Nick Hakim instrumental – he juxtaposes slow mornings with the emotional rush of a new relationship. Baritone sax solos provided by Henry Solomon swell into quick, pirouetting melodies that topple and melt into lulling falsetto vocals like waves breaking. Though Rostam is back on the road as the next track begins, singing of aimless journeys and sleeping in cars, a sense of intimacy is skillfully maintained. This song, ‘4Runner’, plays out like the end credits to a film, with a single tranquil moment unfurling itself from the passenger seat while the sun sets and the rest of the world is reduced to smudges of colour pasted onto car windows.

But the journey doesn’t end there. In the title track, Rostam’s musings are mellow but profound: “I didn’t want to stumble on a question/ That might upset the structure of the world in which we lived,” he admits, though he seems to have discovered a new kind of openness, explaining, “Talking to myself, I feel much better/ Than I ever used to before.” Synth and swirling electronic production lend the track an almost transcendental quality, and a feeling of fulfilment is still tangible even when transplanted into the frenzied movement of ‘Kinney’. “Pass out in the front seat/ On the pavement I was half-awake,” Rostam murmurs, “Half-ocean, half-sky/ Half-shore, half-tide.” Drums frantically welcome this celebration of incompletion, though the track itself becomes considerably fragmented as individual elements disappear behind the beat. The album’s interlude is similarly chaotic but pleasingly immersive, gathering snatches of synth and distorted saxophone that billow and drop. “The postcard edges start to smudge,” Rostam notes amid meandering piano in ‘Bio18’, as if to acknowledge such disarray. Yet a sense of gratification pervades, often blossoming from the brass instrumentals that run like glinting ribbons through the entire project.

The album, then, captures both endings and dawns. Where sounds are previously submerged, in closing track ‘Starlight’ Rostam sees himself quite literally rise up from the deep: “When you’re near Earth slows/ And I get a feeling like I’m coming up from underwater,” he croons. It is fitting that the project ends with an upward movement rather than a lateral one; no longer carried along in the backseat or even treading water, Rostam embraces a new stability. For all the sonic layers with which he composes his stories, that the strands often blur together is his only downfall – but the portrait he paints is still pleasant, even if the colours run.

How to Romance a Book Lover Without Giving a Book
Netflix Releases Trailer for ‘Sex/Life’
Ben Affleck Races Motorcycle to J Lo’s L.A. House
Book Riot’s Deals of the Day for June 13, 2021
‘In The Heights’ & ‘Peter Rabbit 2’ Lower Than Expected In Openings As Pandemic Summer Box Office Eases