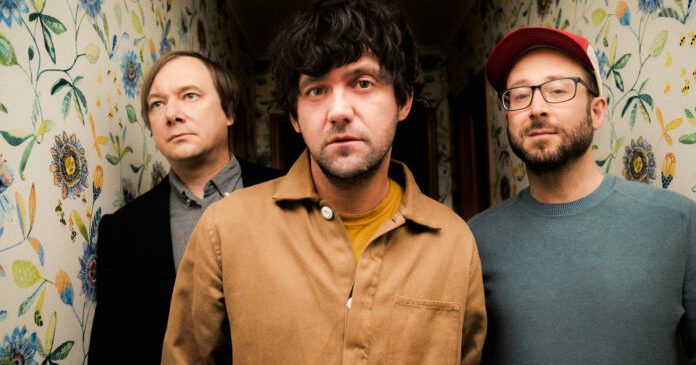 Bright Eyes have opted to postpone several indoor shows of their first headline tour in a decade, which began on July 29 in Bethlehem, Pennsylvania. The announcement came hours before the band’s performance at New York City’s Forest Hills Stadium, with a statement on their email newsletter reading (via Stereogum):

Due to the complications of managing a large touring party during a pandemic, Bright Eyes have made the difficult decision to postpone a handful of their indoor Summer 2021 shows. Over the past few weeks the band have joined the rest of the world in having to recalibrate and reassess their safety measures on an almost daily basis as new information is reported. The well being of the musicians, crew, friends and family on the road are of the utmost importance to them. Conor, Mike and Nate are aware that decisions they make for their traveling workplace have widespread repercussions for all immunocompromised family members within their touring party’s orbit and have therefore made the personal decision to postpone four shows during this time of unprecedented uncertainty. Bright Eyes will always prioritize the health and safety concerns of their touring team and are committed to providing a working environment everyone is comfortable with.

The affected dates are: New York City Terminal 5 on August 1st, Atlanta, Georgia The Eastern on August 6th & 7th and Birmingham, Alabama Sloss Furnaces on August 8th. Refunds at the point of purchase. Dates will be rescheduled as part of Bright Eyes 2022 touring, TBD. All other scheduled dates remain unchanged.

Earlier this month, Bright Eyes rescheduled their upcoming UK and European tour, now set to kick off in August 2022.

Ducks Ltd. Share New Song ‘Under the Rolling Moon’ Featuring The Beths
Kim Kardashian’s Home Entangled in New Lawsuit Over Underground Vault
Global Box Office Projected To Hit $20.2B In 2021, 68% Up On 2020: Analysts
Supply Chain Challenges: Put Your Book Orders In Now For The Holidays
Remastered Versions of ‘BloodRayne’ And ‘BloodRayne 2’ Head to Consoles Later This Fall in ‘ReVamped’ Editions