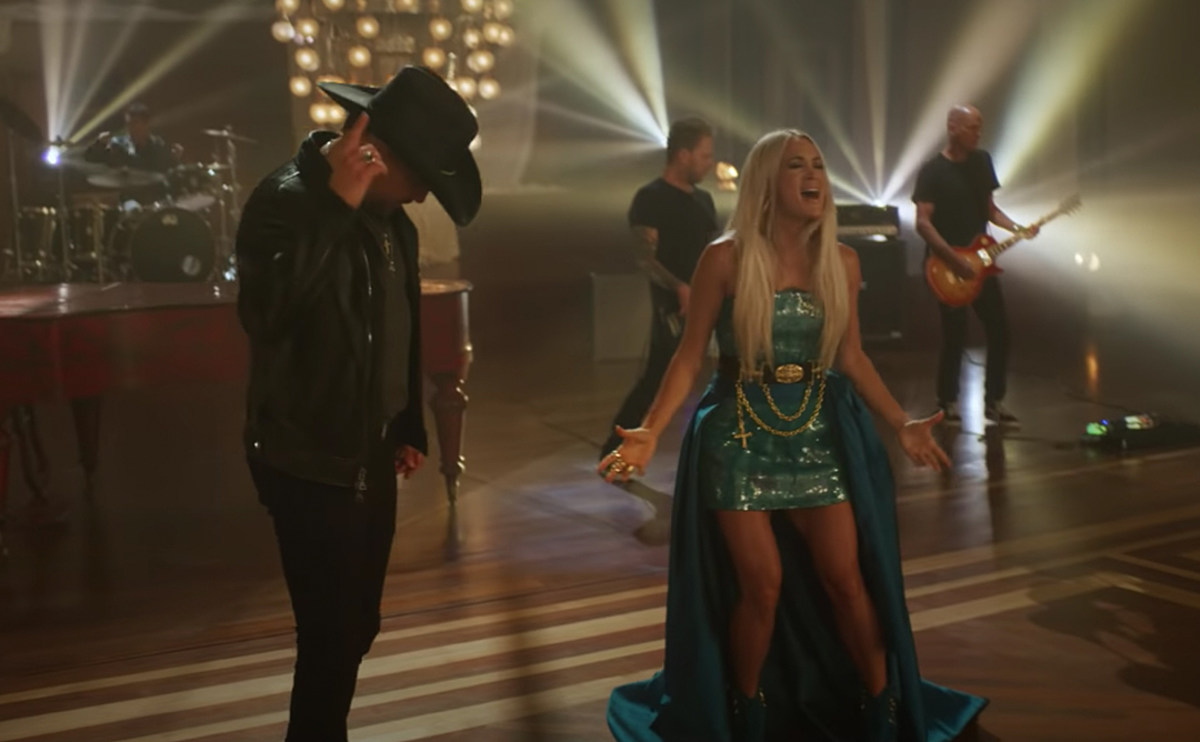 All that’s left of what once was is covered in dust in Jason Aldean and Carrie Underwood‘s “If I Didn’t Love You” music video.

Directed by Shaun Silva and filmed at Nashville’s Schermerhorn Symphony Center, the video jumps between Aldean onstage — where Underwood soon joins him to sing — and Aldean in an abandoned home, presumably where he lived with the former flame he’s singing about. It’s not clear that person is Underwood, but he’s found himself there again, remembering her. Things aren’t like they were before, however — all of the furniture is covered with sheets, and the air is as stale as the love that’s bringing him painful memories.

The highlight of the video isn’t the cinematography or the story (while beautiful) — it’s the vocal performance from two of country music’s biggest stars.

“Carrie was made for this song, but also for this video,” Aldean says in a press release. “I’m glad that she was down to get together to make it … It’s something that turned out a little outside of what I’d normally do, which is always cool.”

Kurt Allison and Tully Kennedy, two of Aldean’s band members, co-wrote “If I Didn’t Love You” with John Morgan and Lydia Vaughn. When the singer and company recorded “If I Didn’t Love You,” late in the recording process for his next album, he didn’t have a duet partner picked out — he decided he’d figure that part out later. The first person he asked was Underwood, though.

Aldean has never been one to shy away from duets and collaborations. Previously, he’s sung with Miranda Lambert (“Drowns the Whiskey”), Kelly Clarkson (“Don’t You Wanna Stay”), Kelsea Ballerini (“First Time Again”), Tyler Farr (“Damn Good Friends”), Ronnie Milsap (“Prisoner of the Highway”), Luke Bryan and Eric Church (“The Only Way I Know”), and even rapper Ludacris (“Dirt Road Anthem Remix”). He says singing with other artists — he specifically mentions Underwood and Clarkson — gives him an even greater appreciation for their talent.

“When you get onstage or in the studio and start trading vocals with them, it’s like, man, you realize really quick who the better singer in the room is, you know what I mean?” Aldean says. “Those guys are amazing singers and really powerful and just a lot of range. It’s really cool for me to get to work with people like that and sort of find my spot in the song to make my voice work with theirs.”

See the Top 50 Country Duets of All Time: