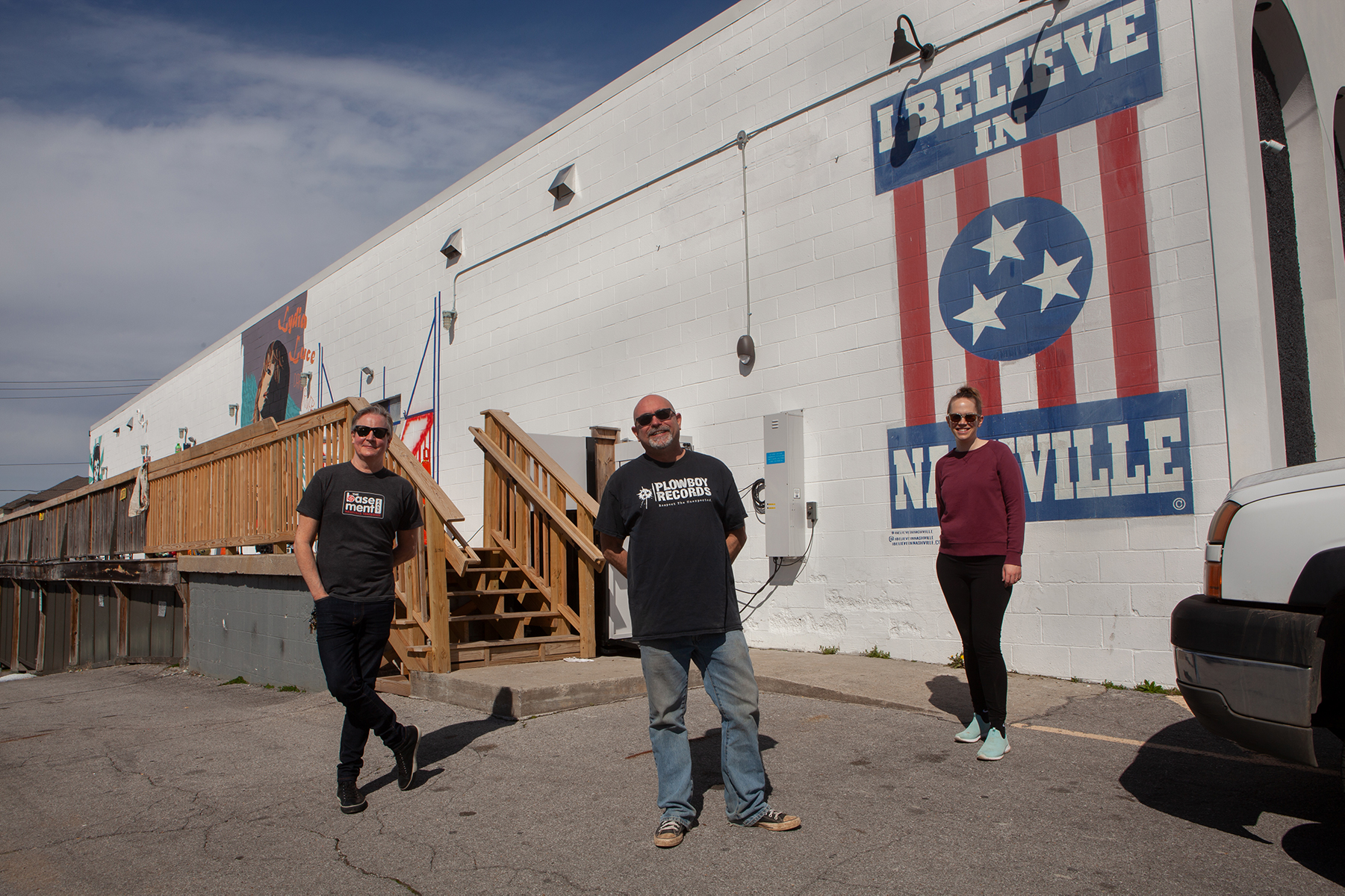 Barely three days after Dave Brown toasted the 15th anniversary of his Nashville rock venue the Basement with a celebratory concert on February 29th, 2020, the club owner was awoken by a phone call that tragedy had struck at the Basement East, his other venue, across the Cumberland River. A tornado had touched down in East Nashville, leaving a trail of destruction and resulting in more than 20 dead across the state. Brown’s club was among the businesses that took a direct hit: The tornado leveled its front wall while six employees, cleaning up after a fundraising concert for Bernie Sanders, huddled together in the Basement East’s actual basement.

“Punchy, our head door guy, called me and said, ‘Man, we’re all OK, but the Basement East is gone,’ ” says Brown, recalling the early-morning drama of March 3rd, 2020. “I went down as soon as I could. We just stood there looking at it — the jagged remains of the wall. On February 29th we were on top of the world, and on March 3rd we were on our knees.”

The Beatles in India: 16 Things You Didn’t Know

Brown estimates the damage from the structural collapse and flooding totaled more than $750,000. “We were in shock,” says co-owner Mike Grimes, who is also the proprietor of another Nashville institution, Grimey’s New & Preloved Music record shop. “We immediately talked to our investors and our landlord, and in very short order it was determined that, yes, we will rebuild. That was a major comfort at the time.”

The destruction of the Basement East, which Brown and Grimes first opened in 2015, is a metaphor for 2020 Nashville, a city that had barely hauled away the debris from a deadly tornado before the pandemic set in less than two weeks later. Inconceivably, an RV bombing followed on Christmas morning, destroying a block of businesses near the famous Broadway strip. Aside from the honky-tonks downtown, where cover bands continued to play for tourists, the city’s live-music scene was silent for more than a year.

But the Basement East — with its “I Believe in Nashville” mural that miraculously survived the tornado damage — has now become a symbol of the city’s resilience. Able to stay financially afloat with help from the government’s Paycheck Protection Program (“A lifeline that I cannot speak highly enough of,” Brown says), the 575-capacity club quietly reopened this past spring, tentatively booking socially distanced concerts by Lilly Hiatt, guitarist Sadler Vaden, and other local musicians eager to resurrect Nashville’s reputation as Music City. The Basement East also stepped up in the fight against the pandemic, serving as a Covid rapid-testing site.

Andrew Leahey, a solo artist and lead guitarist in Elizabeth Cook’s band, was onstage at the Basement East just an hour before the tornado hit. He played one of the first concerts back at the club with Cook in April. “When I played with Elizabeth, it was limited capacity, at tables, and everyone in masks,” Leahey says. “It was a great example of how to do an inside show in that era of Covid.” 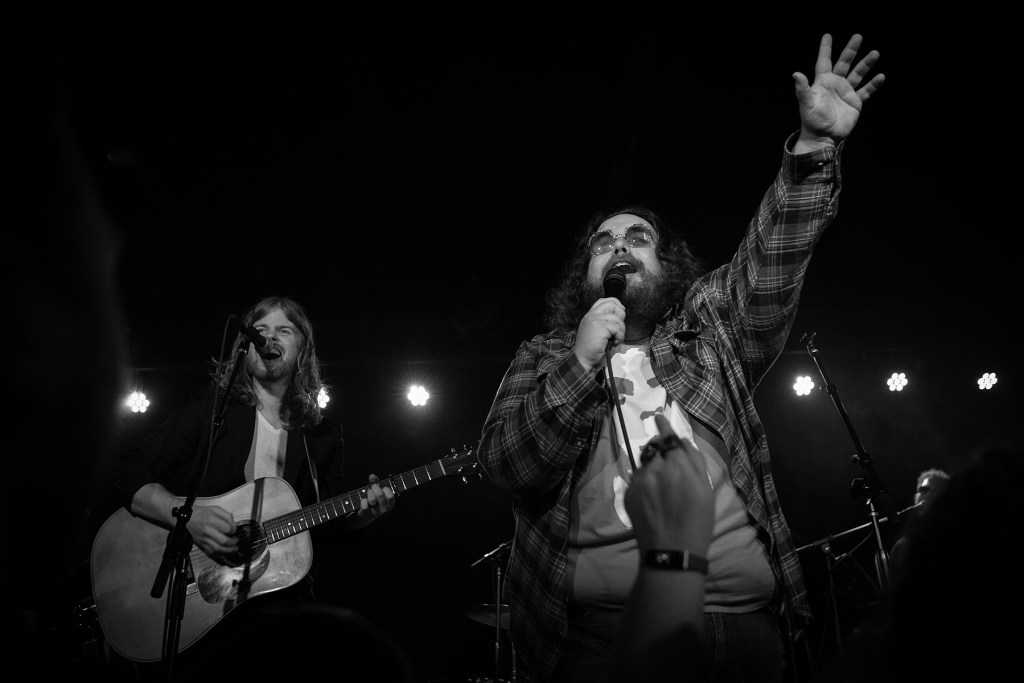 By midsummer, the Basement East was back to operating at full capacity, hosting sold-out shows by bands like American Aquarium and Lukas Nelson, and slowly fleshing out its concert schedule to prepandemic levels. National acts like JP Saxe, the Lemonheads, Jukebox the Ghost, and Fozzy are booked well into December and the club will be one of the host venues for this month’s Americana Music Festival and Conference.

“It’s amazing to look at the calendar being as robust as it is,” Grimes says. “We were optimistic that it was going to be this way, but I think that was a coping mechanism. Now we’re looking at it and going, ‘Wow, we are going to be back to normal.’ ”

Nashville-based artists like Nikki Lane, the Foxies, and Becca Mancari have also been on the venue’s calendar, along with regular tribute nights to icons like Bruce Springsteen and John Prine. That mix of the national and the uniquely Nashville is what makes the club so special to both fans and performers.

“It’s indicative of Dave and Mike and their clubs that they make time for the local guy too,” says Leahey, who led a tribute night to the Traveling Wilburys with guests Butch Walker and the Mavericks’ Raul Malo in July. “They have national artists that come through, but they’re quite willing to book artists on my level, who aren’t as big as Cage the Elephant or the Struts. As a musician who fronts his own band but also plays with people like Elizabeth, it’s the perfect venue.”

Brown is optimistic that the Basement East, unlike other live venues around the country still reeling from the pandemic, is on the path back to solvency. But while the club has physically risen from a pile of rubble, he says there are more rounds left in the fight.

“The building has been rebuilt, but we’re still working toward rebuilding the business,” Brown says as he looks to the future. “I do kind of feel like I am Rocky on the steps in Philadelphia.”