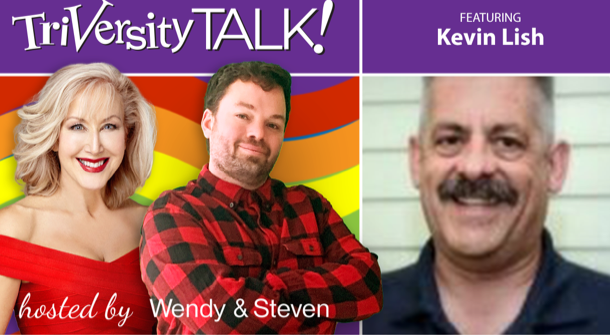 Wendy Stuart and Steven Bloomer-Teague will be hosting TriVersity Talk this Thursday at 7 PM ET with featured guest Kevin Lish.

TriVersity Talk! is a weekly web series with featured guests discussing their lives, activism and pressing issues in the LGBTQ Community. With TriVersity Talk! the goal is to laugh and learn. TriVersity Talk! Is part of TriVersity’s ICARE Initiative. ICARE stands for Increasing Community Awareness through Relevant Education. ICARE Programs are generously funded by The Greater Pike Community Foundation. 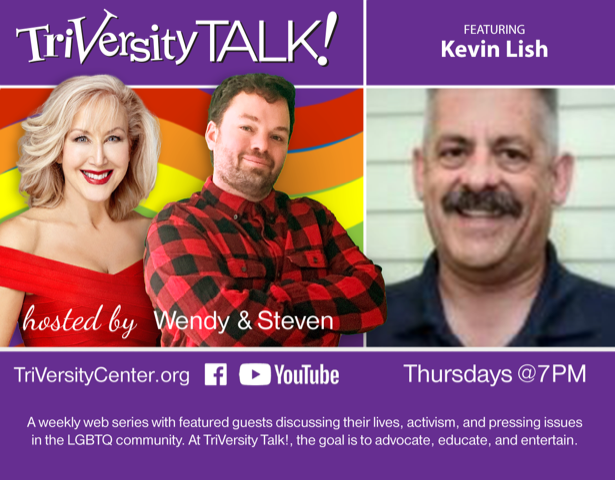 More on Kevin: Kevin Lish earnestly began his advocacy career nearly 20 years after his HIV diagnosis and a chance meeting with Sean Strub in Boise, Idaho. Kevin serves as SERO’s Financial Director and has the pleasure of supporting the rest of the staff with SERO’s daily financial operations. He oversees budgeting and monetary programs that allow SERO’s continued growth and commitment to the PLHIV community Kevin also serves as the Board Chair of All Under One Roof LGBT Center in Pocatello, Idaho.

The official website for The TriVersity Center may be found at