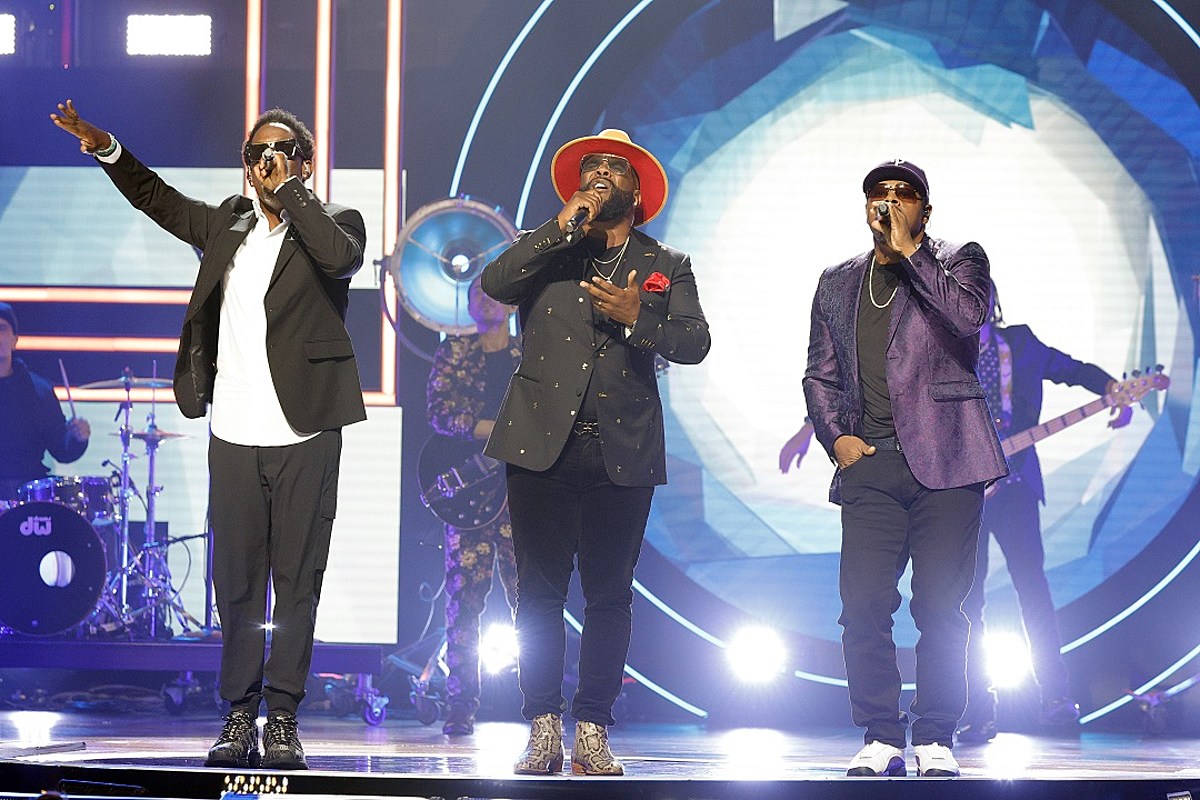 Chris Stapleton, one of 2021’s CMT Artists of the Year, opted to ask one of his own favorite acts, Boyz II Men, to perform in his honor during Wednesday night’s (Oct. 13) event. He made a good call.

Indeed, Boyz II Men, Olusola and the rest of the crew turned the blistering, orchestral “Cold” into something all their own. The trio’s three-part harmonies weaved throughout the performance, while the band delivered an understated melody that was quieter, but not any less full of hurt, than the original. Throughout the performance, Stapleton and his wife Morgane could be seen grooving and singing along from their table; at the end, they were immediately on their feet, clapping and giving hand gestures of approval to the band.

“Chris, you’re a real one man, straight up,” Boyz II Men told Stapleton before they began their performance. “What you’ve done for music — not just country music but for music — is, you let us all know that soul, good singing and a heart of gold … is still very much prevalent in 2021.”

Actor and former Nashville star Connie Britton presented Stapleton with his CMT Artists of the Year trophy, recalling how she was at the 2015 ceremony when the network presented their first-ever Breakout Artist of the Year honor to Stapleton. ”For me, it’s about how he’s just as authentic as they come,” she reflected.

“I feel a lotta love in the room tonight,” said Stapleton, clearly emotional. He noted how the event was one of his first times since the start of the COVID-19 pandemic back in a room with fellow artists and music industry members, and how the night had left him feeling “inspired,” “humbled” and “grateful.”

In addition to Stapleton, the 2021 CMT Artists of the Year event included honors for Kelsea Ballerini, Gabby Barrett, Kane Brown and Luke Combs, along with the 2021 CMT Artist of a Lifetime, Randy Travis, and the 2020 CMT Breakout Artist of the Year, Mickey Guyton. The event took place at Nashville’s Schermerhorn Symphony Center.

It’s been a really long time since country music fans witnessed a “normal” red carpet, but the 2021 CMT Artist of the Year ceremony provided just that. The show happened on Wednesday night (Oct. 13) at Nashville’s Schermerhorn Symphony Center. Below, find pictures of Jon Pardi, Chris Stapleton, Walker Hayes, Gabby Barrett and their spouses. Plus Kane Brown and more with special guests.
This article was originally published by Theboot.com. Read the original article here.
Share on Facebook
Share on Twitter
Share on Pinterest
Share on LinkedIn