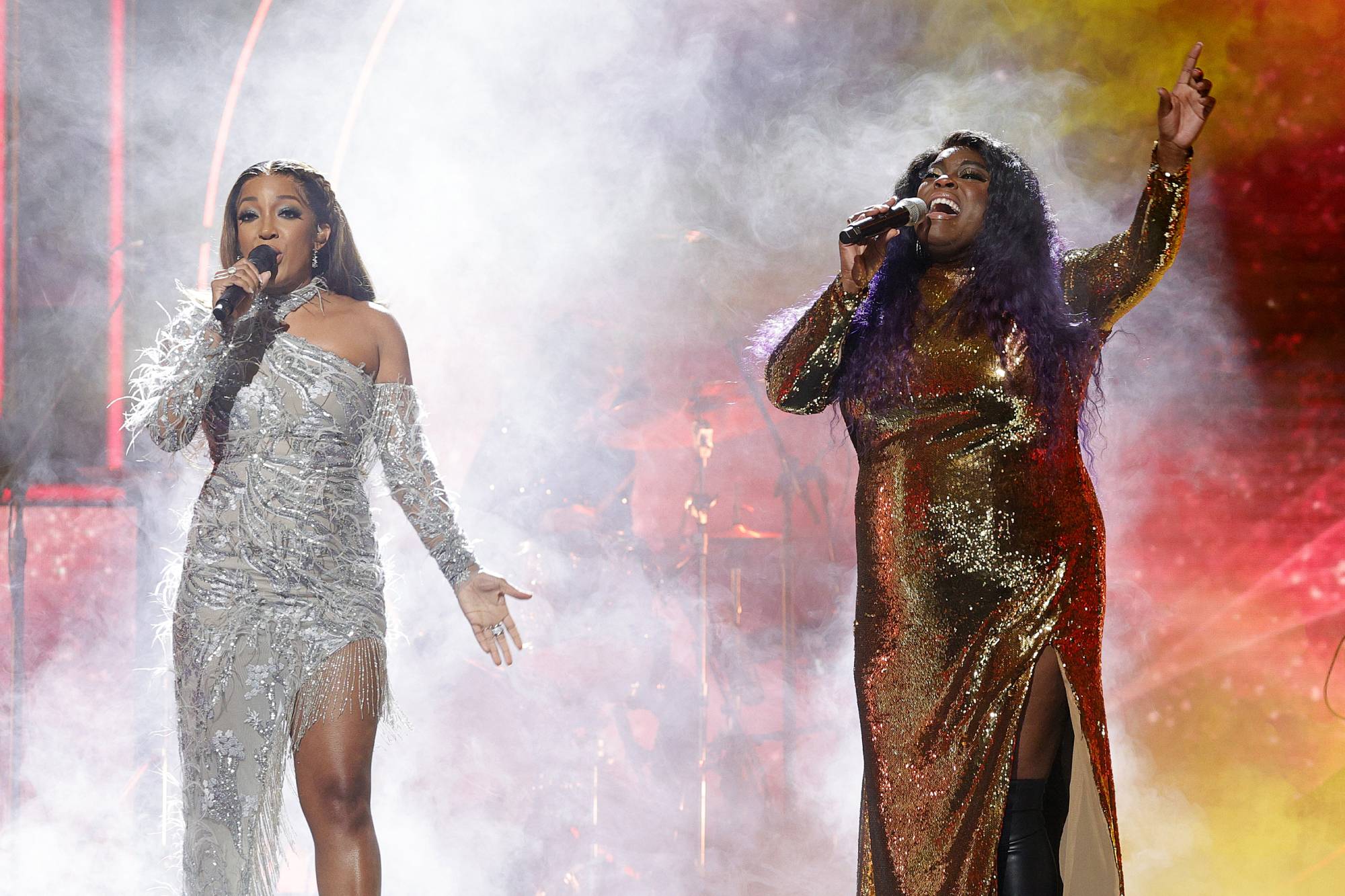 Mickey Guyton was honored at the 2021 CMT Artists of the Year event on Wednesday night, an accolade that celebrated the singer’s breakout year with singles such as “Black Like Me” and the debut album Remember Her Name. Guyton also gave one of the event’s standpoint performances, singing the title track from Remember Her Name with a little assist from Yola.

“Remember Her Name,” which deals with themes of resilience and finding inner strength, is a fitting choice for Guyton, who went a full decade signed to Universal Music Group Nashville before her debut album came out in 2021. Guyton begins the performance alone, showing off her rangy voice and commanding stage presence. Yola, who also released her album Stand for Myself this year, takes a solo on the next verse and complements Guyton’s shimmering silver with her own sparkling gold gown.

When the song reaches its bridge and Yola stretches her voice into a soulful, extended cry, the audience audibly erupts into applause. For the final seconds of the song, Guyton stays with her originally melody while Yola improvises with soulful runs, earning them a standing ovation at the finish.

We are SO proud of you, @MickeyGuyton!

Congratulations on being the 2021 Breakout Artist of the Year! #CMTAOTY pic.twitter.com/rgr1exp6Ji

“When the Lord closes a door, somewhere he opens a window. In my case, he shattered a whole glass ceiling,” Guyton said in a speech accepting her award. “I made it my life’s purpose to show that country music really is everyone’s music.”

Selling Sunset’s Vanessa Villela Got Her Start in Soap Operas, Just Like Chrishell Stause
Country Music Memories: ‘Stand By Your Man’ Tops Country Charts
dlt (Dave Thomas) Breaks Down His Album Artwork for Mogwai, The Twilight Sad, Frightened Rabbit, and More
Rollergirl in ‘Boogie Nights’ ‘Memba Her?!
“Chucky” Again Experienced an Increase in Viewership on the Road to This Week’s Season Finale!