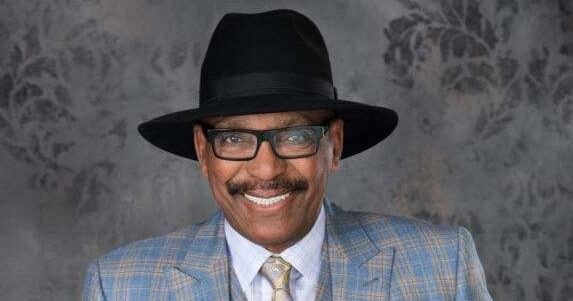 Born in Beckley, West Virginia in 1942, Simon grew up singing in his church’s choir. After his family moved to New Jersey, he joined the Parliaments, a doo-wop barbershop quintet led by George Clinton, in the late 1950s. In 1966, Simon was drafted into the US Army and served in Vietnam. “The thing that means the most to me is how I handled the PTSD from my service in the Vietnam War,” he once said. “I was able to keep the genie in the bottle, so to speak, and did not allow the evil thoughts to break through and manifest into actions.”

Upon his return, Simon continued working with the collective through its various iterations, including Parliament and Funkadelic. He ultimately left the group, alongside original Parliaments members Fuzzy Haskins and Grady Thomas, in 1977 following financial and management disputes. They formed their own band, releasing the album Connections and Disconnections under the Funkadelic name in 1981 before issuing 1998’s What Dat Shakin’ and 2001’s Original P Introducing the Westbound Souljaz under the Original P moniker. In 1997, Simon was inducted into the Rock and Roll Hall of Fame alongside many other members of P-Funk.

Simon also pursued a solo career, turning his attention to gospel music and releasing his debut album Share the News in 2004 on his own label, Simon Sayz. He followed it up with 2016’s It’s Not Too Late and 2018’s I Believe. “I want to go around the country singing these songs, with this music, this message, this band,” he told the Tampa Bay Times in 2017. “This is what I want to do with the rest of my life. I hope somebody along the way will find something in the music and it will bring them to Jesus as well.”