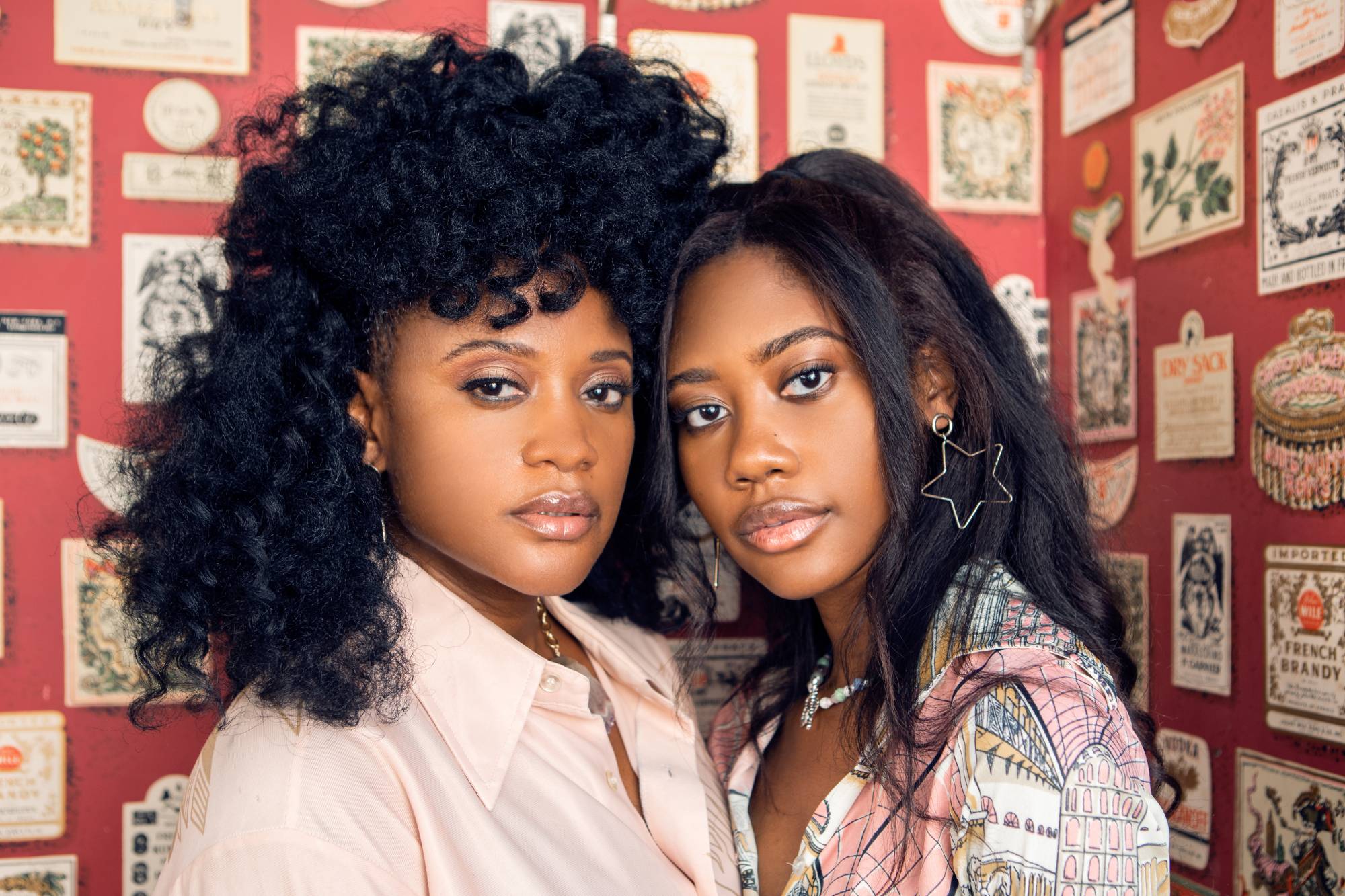 Back in 2014, Tekitha would host electrifying jam sessions where she’d invite musicians, poets, rappers and visual artists to her home for a night of creativity and collaboration. For her daughter Prana Supreme Diggs, those nights were a chance to sing alongside a group of dynamic artists. One evening after the mother and daughter wowed guests with some freestyling, the younger performer had a thought: “‘What if we sang and wrote our own songs together?’” Diggs recalls asking her mother.

Tekitha immediately shot down the idea. But Diggs — Tekitha’s daughter with Wu-Tang Clan’s de-facto leader RZA — wouldn’t take “no” for an answer. Well aware of how challenging the music business could be for young girls, she figured working with her mother would be ideal. “I felt like if I wanted to do music, or if I wanted to be in the arts, no one would better protect me than my mom,” Diggs says over Zoom from her family’s dining room. “And she’s not a stage mom. She’s not trying to live vicariously through her child.”

The Best Audiophile Turntables for Your Home Audio System

5 Festivals That Ended in Disaster

The mother-daughter duo didn’t rush their collaboration. Tekitha, a longtime vocalist for Wu-Tang Clan and solo artist, doesn’t venture into projects half-heartedly. “She’s like, ‘We’re not gonna do this as a hobby. You want to do this, then we’re gonna do it to the best of our ability,’” Diggs says.

Eventually, they landed on the moniker O.N.E the Duo. The initials represent the words “observant, noetic, effervescent,” traits synonymous with Tekitha and Diggs’s energy. When it came to crafting music, Tekitha wanted something that would “be a complete departure” from her work with Wu-Tang Clan and in hip-hop and R&B. That’s where country music and Americana came into play.

The idea was that listeners should be able to see them independently of their family and of past musical connections. “I thought the best way for us to approach the creative was going to be super organic, very acoustic,” Tekitha says. She envisioned incorporating instruments like guitar, mandolin, live drums, and upright bass, plus finding producers outside of her New York and Los Angeles “clique.”

Nashville instantly came to mind. Tekitha reached out to producer Bar None (Lecrae, Rick Ross) to get a feel for the live music scene and how her project with Diggs might fit within the town. What followed was a week-long trip to Nashville in summer 2015 during which Teiktha and Diggs had their first co-write — a session with country singer Rebecca Lynn Howard, her husband Elisha Hoffman, and Bar None. The song they wrote, “Love Will Break ‘Em Down,” effectively launched O.N.E the Duo.

But the Music Row style of co-writing required some adapting for Tekitha; with hip-hop and R&B, she was used to locking herself in a room and writing whenever she felt inspired. “Making that transition here has been really eye-opening actually, and challenging for sure,” she says. While she isn’t “an advocate of forcing creativity,” she enjoyed opening herself up to a different process. For her, it’s enabled more thoughtfulness and collaboration. “You’re not going to get that alone,” she adds. “You’re just not.”

The fully-actualized version of O.N.E the Duo was a slow burn. It wasn’t until 2020 that they created the infrastructure for the group, hired management, and began courting publishers and labels. In March 2021, they signed with the Nashville indie Visionary Media Group.

O.N.E the Duo’s debut single “Guilty,” a soulful, twangy tale of justified revenge, came out in September and was commissioned by RZA for the Hulu drama Wu-Tang: An American Saga. They followed it up with the redemptive “River of Sins” in December and are predicting a summer date for a longer release, be it an EP or full album.

Along the way, their country journey has made Tekitha and Diggs fans of genre-bucking artists like Chris Stapleton, Brandi Carlile, Kacey Musgraves, and Miranda Lambert. “Listen, I stan Miranda Lambert,” Tekitha says. “​​We had to start listening. It was the right thing to do to pay homage and make sure that we are understanding the genre that someone else has said that we’re a part of.”

As two Black women working in country and roots music, O.N.E. the Duo feel the additional weight of being activists and they’re adamant about having people of color on the label side and in management. “The responsibility falls on artists who are in any marginalized community to be [an artist] and be an activist,” Diggs says. “It’s like a requirement.”

Though she didn’t grasp it at first, making music with O.N.E the Duo demonstrated to Tekitha how much country music she had actually digested throughout her life. “It’s almost like you don’t notice you know something because it’s not in the framework of what you would think anybody in Black culture would be into,” she says.

She also learned her family — particularly her father and maternal grandmother — loved country music. “When we started this project together, my auntie Angie called me and was crying after I had sent her some songs,” Tekitha recalls. “She said, ‘You know, [your] mom would be just thrilled about this.”

But Tekitha and Diggs stress they don’t want to fit into any country music mold: They’re writing songs and recording music that authentically represent them. “When we’re in these rooms,” Diggs says, “we’re not compromising our Blackness. It’s our culture.”