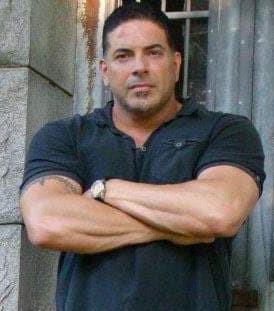 Giuseppe DiMarco also known as G-Man- is the creator of the show Graveyard Shift. Throughout his whole life, he’s been fascinated with the paranormal. At the age of ten, he had his first paranormal experience which he kept a secret for years. Throughout the years Giuseppe had seen and heard things that he could not explain which lead him to explore the paranormal. He had always wanted to create a paranormal reality show before there were any paranormal reality shows so he decided it was time to make a show that would intrigue people interested in this field that has exploded over the last decade. With a different twist and mind-blowing ideas for the show, Graveyard Shift is in a league of its own. Giuseppe has also written up two other shows called Jersey’s Devil and Get Your Ghost On which are still being viewed by film industries. Giuseppe is also working on a documentary about UFO sightings, alien contact, and a vortex in a small New Jersey town. Also, a new movie is in the works called Scared To Death Forever. Through social networking and word of mouth, Giuseppe has made many new friends in the paranormal field. Giuseppe’s mission is to make Graveyard Shift a hit television show worldwide. When asked what is it that will make the show big? His answer was ” We are going to do what the rock band KISS did in the 1970s, blow your minds!”

Author Spotlight: Julia Armfield, Our Wives Under the Sea
Pete Davidson Leaves Hotel in Australia with Zipper Down
‘Black Ink Crew’ Star Ceaser Emanuel Claims He Didn’t Abuse Dogs, Was Set Up
Artist Spotlight: Grace Ives
Only Murders in the Building’s Back with A New Mystery. Here’s When to Tune In.