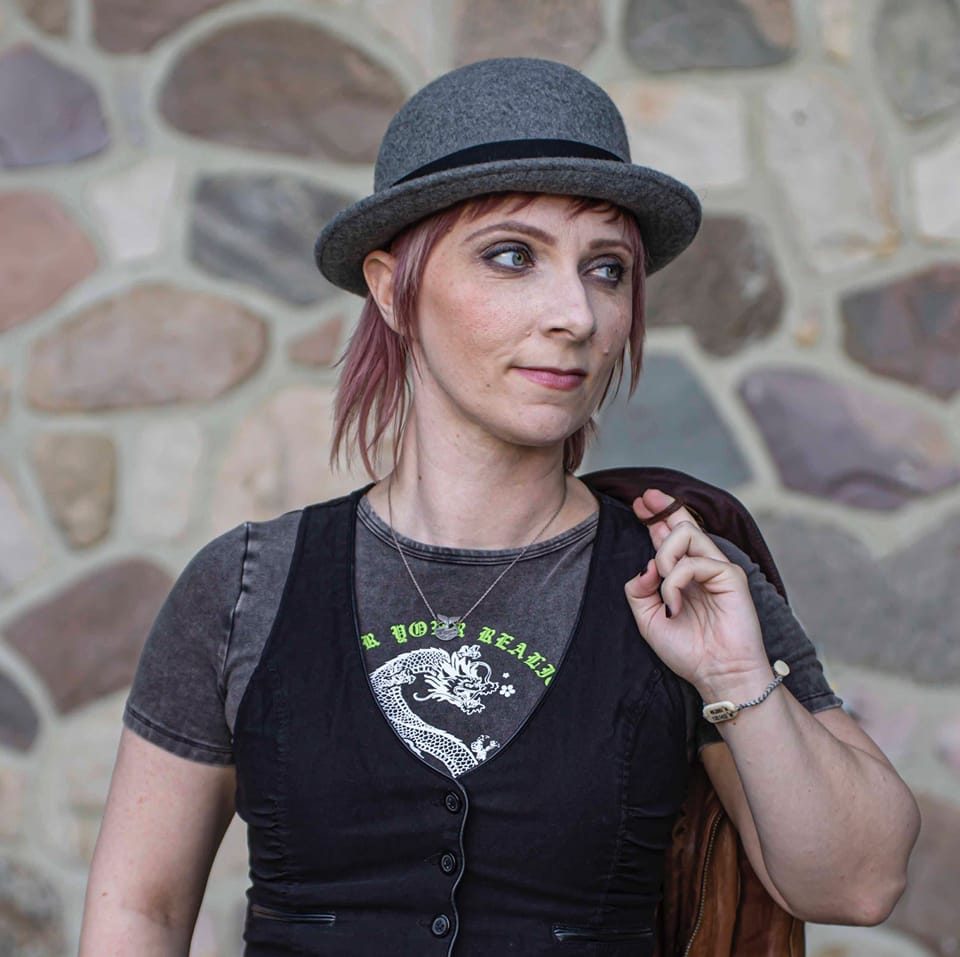 Morgan Knudsen has been involved in the world of paranormal phenomenon for 20 years. Her story began with a great great grandfather, Dr. Albert Durrant Watson, who was the president of the Association for Psychical Research of Canada in 1918, which was one of the first paranormal associations developed in Canadian history. He reported on his study of the seance communications, purportedly dictated by spirits that called themselves The Humble Ones, in The Twentieth Plane: A Psychic Revelation (1918) and Birth through Death: The Ethics of the Twentieth Plane: A Revelation Received Through the Psychic Consciousness of Louis Benjamin (1920).

Co-founding and leading Entityseeker Paranormal Research & Teachings in 2003, her experiences and knowledge has lead to researching and co-creating a unique investigative program called ‘Teaching the Living’ and subsequently has been featured on and hosted numerous specials and TV shows (The Discovery Channel, “A Haunting”, T+E, Destination America, The Travel Channel, CBC, CTV, Planete+, TLC, Crime + Investigation, Celestial Tiger networks in China, and COAST TO COAST AM). Her work has also been presented at the Rhine Research Center by The Windbridge Institute’s president Mark Boccuzzi in 2020 and she has been a featured presenter at the Parapsychological Association in 2021.

Morgan uses her outgoing, tell-it-like-it-is approach in determining haunted locations and creating solutions for the people involved. Her programs are now practiced in 3 different countries and a part of numerous social work and psychology secondary education courses in Edmonton. Morgan subsequently received the award from the City of Edmonton for Outstanding Service in 2008 and graduated from The AZIRE: The Alvarado Zingrone Institute for Research and Education two years in a row, receiving two graduating Certificates of Distinction in parapsychology. Morgan is also a regular contributor to the number one magazine in the UK, HAUNTED MAGAZINE.

Morgan can also be heard on her podcast, SUPERNATURAL CIRCUMSTANCES, with co-host/co-creator Mike Browne (Dark Poutine), which delves into the mysterious, the spiritual, and the fascinating things in our universe.

As host and creator of the sold-out dinner galas, video productions, as well as in-depth walking classrooms that give people hands-on experience with the investigative field, Morgan has brought her unique and paradigm-shifting programs to television, conferences, and comic expos, theatres, workshops, fundraisers and more. Her deep personal experiences with the paranormal and spirituality connect with audiences on multiple levels, and she aims to leave people with the fundamental message that we are not alone, that we are all spiritual beings living a physical life, and that we have the power to create our reality by changing our paradigms. Using the fire arts as a demonstrative tool, Morgan’s lessons with the elements bring yet another creative edge to capture the audience’s imagination, on top of the stunning visuals, music, and evidence that make up her incredible presentations.

Judge in Amber Heard Case Says You Can Appeal Verdict, But It Will Cost You
Keith Urban and Nicole Kidman’s Most Adorable Moments [PICTURES]
Efterklang Surprise-Release New EP ‘Plexiglass’
In The Dark Season 4 Episode 3 Review: If Books Could Kill
Logan Paul Says The Rock Cut Ties With Him After Suicide Forest Video