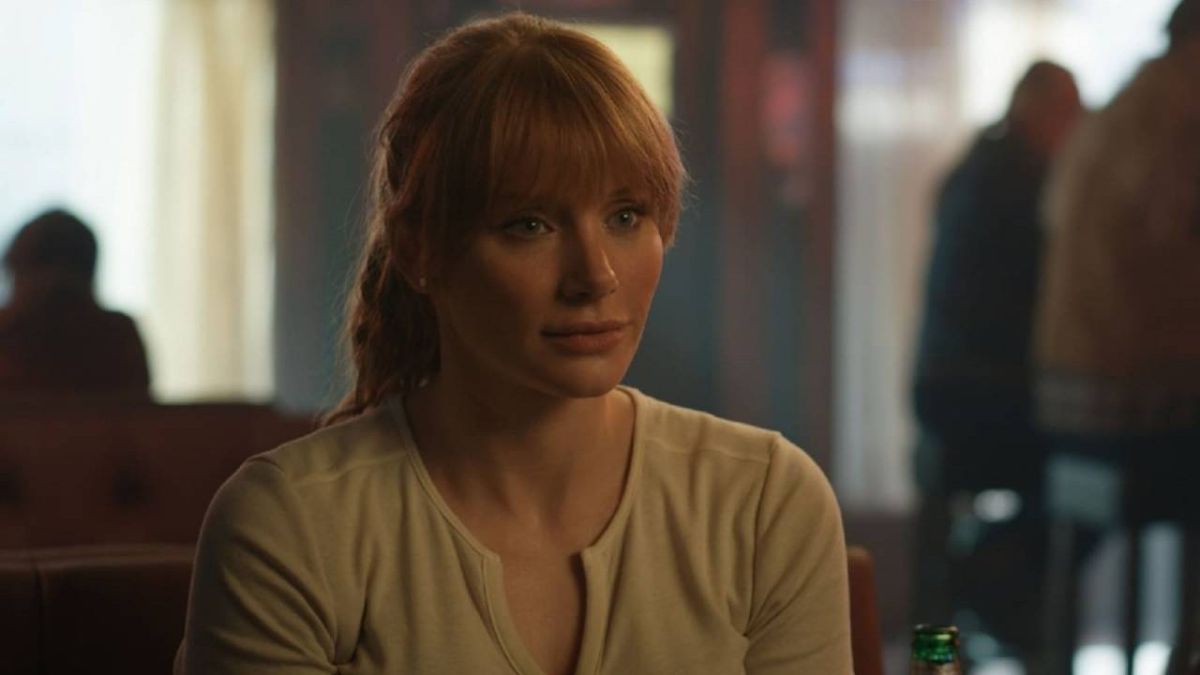 While it’s obvious that the best part of a wedding is seeing a beautiful couple share their love for one another, another perk is that the ceremony brings families together. Filmmaker Ron Howard’s brood just got bigger as of late, since his daughter, Paige, got married to actor and singer Tim Abou-Nasr. Her older sister, actress and director Bryce Dallas Howard, shared footage of the special day and revealed the fun advice their father gave to close out the ceremony.

The Jurassic World star shared a number of photos from Paige’s wedding on her Instagram. Her sweet slideshow consisted of snapshots showing the bride and groom sealing their marriage with a kiss, with white roses in the background. Fans can also get a good look at the bride’s dress, which was flowing with flowers. But the sweetest pic had to be the one of the two sisters alongside their father. Check out the post for yourself:

In her caption, Bryce Dallas Howard mentioned how even though the pandemic delayed this ceremony, it was still a perfect day. They wouldn’t be the only couple to have done this, as Scarlett Johansson and Colin Jost had to postpone their nuptials and Bindi Irwin had to rush her own wedding to avoid COVID restrictions. But thankfully, all of these events came to fruition in beautiful fashion. In the post, Howard also made sure to thank her sister’s hair and makeup team as well as Hera Couture for designing the dress that apparently made everyone at the event “gasp.”

Another important person The Help actress thanked was her father, Ron Howard. We know him as the former child star and director extraordinaire that he is but, on that special day, he was the wedding officiant for his daughter. Bryce included a video in her slideshow, which sees her father donning a Cool Hand Luke hat as a tribute to his own dad, actor Rance Howard. Before telling his future son-in-law to kiss the bride, he had to offer up his own fatherly advice for the newly wed couple that everyone is sure to remember:

Ron Howard and Bryce Dallas Howard have always had a close relationship, and it’s clear that she’s more than following in his professional footsteps. She made her directorial debut with the documentary, Dads, which centered around contemporary fatherhood. From there, she directed two episodes of The Mandalorian and an episode of The Book of Boba Fett. Her father offered his sage advice to his daughter about living and breathing in the Star Wars universe before she took on the first of her gigs with the franchise. You love to see such a loving father-daughter relationship.

Other than getting into dino-tastic trouble in Jurassic World: Dominion, the actress will also continue directing sci-fi with the reboot of Flight of the Navigator. Since that’s going to keep her busy for a while, it’s probably a good thing that the wedding did happen at this time.

As we can tell from photos of Paige Howard’s wedding, the Howard family has a beautiful and strong family dynamic Hopefully, Bryce Dallas Howard will share more sweet tidbits like this, when she’s not busy working, of course. You can catch her on the big screen when Jurassic World Dominion, one of 2022’s biggest upcoming movies, hits theaters on June 10th.

PICTURES: Lorrie Morgan Through the Years
Taika Waititi Reveals The Hilarious Way The What We Do In The Shadows Movie Is Tied To The Hobbit Trilogy
New Psychological Research Says Paranormal Experiences Are the Norm, Not the Exception – Forbes
Momma Share Video for New Song ‘Motorbike’
Jacob Latimore Says LeBron’s ‘House Party’ Reboot Will Be Delayed