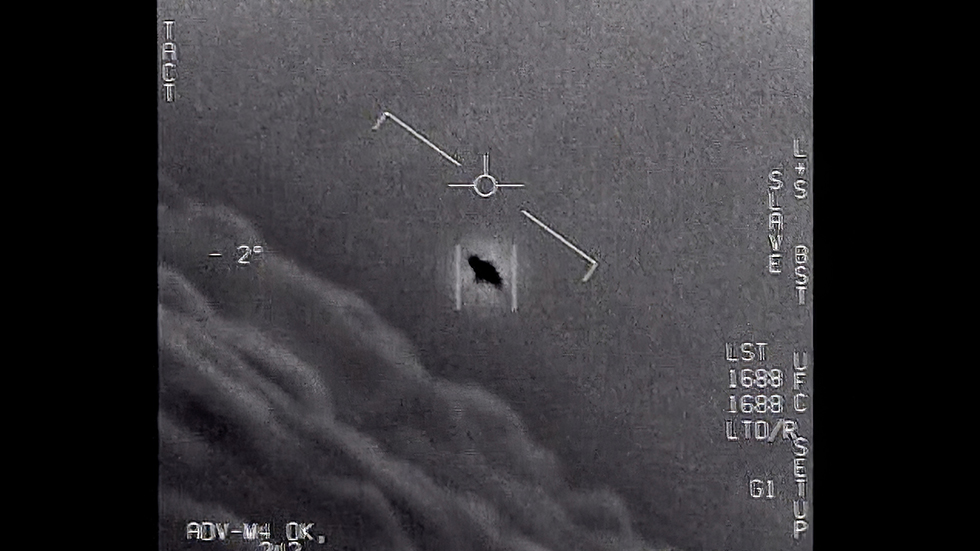 Congress is set to hold the first public hearing on UFOs in more than 50 years. Government transparency — long overdue — is at the top of the agenda.

The million-dollar question is whether the U.S. government will admit that UFOs demonstrate extraordinary technology. And why shouldn’t it? The likes of former President Obama, Sen. Mitt Romney (R-Utah), NASA administrator Bill Nelson and several other former officials and members of Congress have all but stated as much.

John Ratcliffe, former president Trump’s director of national intelligence, summed up the situation: UFOs exhibit “technologies that we don’t have” and – critically – “that we are not capable of defending against.”

Moreover, according to Ratcliffe, UFOs “engage in actions that are difficult to explain, movements that are hard to replicate, that we don’t have the technology for.”

First revealed in late 2017 by explosive reporting in The New York Times, the “Gimbal” video is arguably the most recognizable UFO footage in the public domain. Intense interest on Capitol Hill ultimately led the aviator who recorded the video to brief Congress on the encounter.

In recent months, a small group of UFO sleuths conducted meticulous geometrical analyses of the “Gimbal” incident. They found a highly anomalous flight path for the UFO that, combined with radar observations and credible eyewitness descriptions, confirm that the “Gimbal” object exhibited breakthrough technologies.

Thus, the question before Congress is simple: If so many former officials can state that UFOs demonstrate extraordinary capabilities while, at the same time, members of the public can independently verify these statements, why has the government not admitted as much?

Yes, intelligence analysts are, by their very nature, a cautious and conservative bunch. But at this point, the official refrain that UFOs “require additional rigorous analysis” only fuels undue speculation and further distrust of government.

Ultimately, it takes only one credible, meticulously analyzed incident to make a compelling case that UFOs exhibit extraordinary technology. Thanks to repeatable, verifiable geometrical reconstructions backed by credible witness testimony, the “Gimbal” incident is that case.

According to former Navy F/A-18F fighter pilot Ryan Graves, the Jan. 2015 “Gimbal” encounter occurred as dozens of aviators observed highly anomalous objects, via multiple sensor platforms, on a daily basis. The UFOs, which lacked obvious control surfaces, wings or discernible means of propulsion, remained stationary over the ground — regardless of wind — or moved at considerable speeds for far longer than conventional aircraft.

Graves, who was airborne during the “Gimbal” encounter, recalls that the object seen in the video trailed a “fleet” of four or five of the UFOs typically observed by aviators.

According to Graves, the “Gimbal” object flew remarkably slowly — around 100 knots — at an altitude of approximately 20,000 feet. At such low airspeeds, conventional aircraft are at the cusp of an aerodynamic stall (when an aircraft’s wings no longer generate sufficient lift to fly, let alone maneuver).

Graves, who observed the engagement via his overhead radar display, recalls the slow-moving UFO coming to an apparent stop and, remarkably, reversing direction without turning. Perhaps most intriguingly, the object appeared to rotate in the direction of its flight path.

According to Justice, when flying at the “Gimbal” object’s altitude, “you want to be up at several hundred miles per hour because the air density is starting to go down, the wings aren’t working so well.” “For the airplanes I would design, to do 100 knots at that altitude [would] require pretty big wings.”

Yet the “Gimbal” UFO has no discernible wings. Nor, for that matter, does it have obvious means of propulsion which under normal circumstances would create a distinctive exhaust plume in infrared video.

Moreover, according to Justice, “I just don’t know of anything that … rotate[s] 90 degrees to flight and decelerate[s] almost to a stop.”

Armed with four detailed, independent geometrical reconstructions of the “Gimbal” encounter, a small group of UFO sleuths has confirmed that the UFO’s flight path matches Justice’s comments, making a conclusive case that the object demonstrated extraordinary technology. (UFO skeptic Mick West developed the most sophisticated of these reconstructions, an interactive simulation that allows users to view the flight path for the “Gimbal” object at various distances.)

Graves, the former fighter pilot, has stated on several occasions that the UFO in the “Gimbal” encounter was approximately 10 nautical miles away from the jet that recorded the video. When viewed from above at this distance, the flight path of the object found by these four models is a remarkable match with what Graves observed on his display. Readers can view the object’s trajectory on West’s simulator by setting “LOS Traversal Method” to “Straight Line” and “TGT Start Distance NM” to “10.”

In an interview, I showed the simulation to Graves, who told me that it “appeared the same, in my mind, as what I saw on the situational awareness page [an overhead radar display].” In fact, Graves reached out to the aviator who recorded the video because the simulation is “such a good replica” of the encounter.

Perhaps most intriguingly, the object’s highly anomalous rotation coincides with the curved flight path found by the four geometric reconstructions.

To be sure, UFO skeptics like West have a wholly different perspective. For one, they dismiss the remarkable congruence among the eyewitness accounts, the flight path found by the geometrical models at the distance described by eyewitnesses and the rotation of the object. Instead, skeptics claim, the “Gimbal” UFO is nothing more than the infrared heat signature from the engines of a mysterious jet some 30 miles in the distance.

But the staggering number of ultra-low probability assumptions demanded by this theory would make Occam spin in his grave. Perhaps most importantly, the latest iteration of West’s simulation does not show a simple trajectory for a plane 30 miles (or farther) in the distance.

While understandably uninterested in engaging in ceaseless nitpicking over the “Gimbal” encounter, Graves pushed back strongly on the “distant jet” theory, telling me, “There’s zero doubt in my mind that [the “Gimbal” object] was under 10 [nautical] miles [away] … to think that there’s just [infrared] glare popping up at 30 miles away shows a lack of understanding of the tactical systems and how they operate.”

Beyond the “Gimbal” video, the 2004 “Tic Tac” incident is among the most widely known — and extraordinary — UFO encounters on record.

Flying off the coast of Southern California, four naval aviators watched at close range as an object with no wings, control surfaces or obvious means of propulsion exhibited staggering flight characteristics. Following the encounter, another aircrew recorded the UFO. With minor edits, the object captured on video bears an uncanny resemblance to the “Tic Tac”-shaped craft described by eyewitnesses (to include two small antenna-like protrusions on the bottom of the object).

For their part, debunkers have yet to demonstrate how a lightly edited image from the “Tic Tac” video fits their theory that (yet another) mysterious distant jet fooled naval aviators and an array of advanced sensors.

Ultimately, if a handful of private citizens can demonstrate that UFOs exhibit the extraordinary technology described by former top officials and members of Congress, it is high time for the U.S. government to admit the obvious.