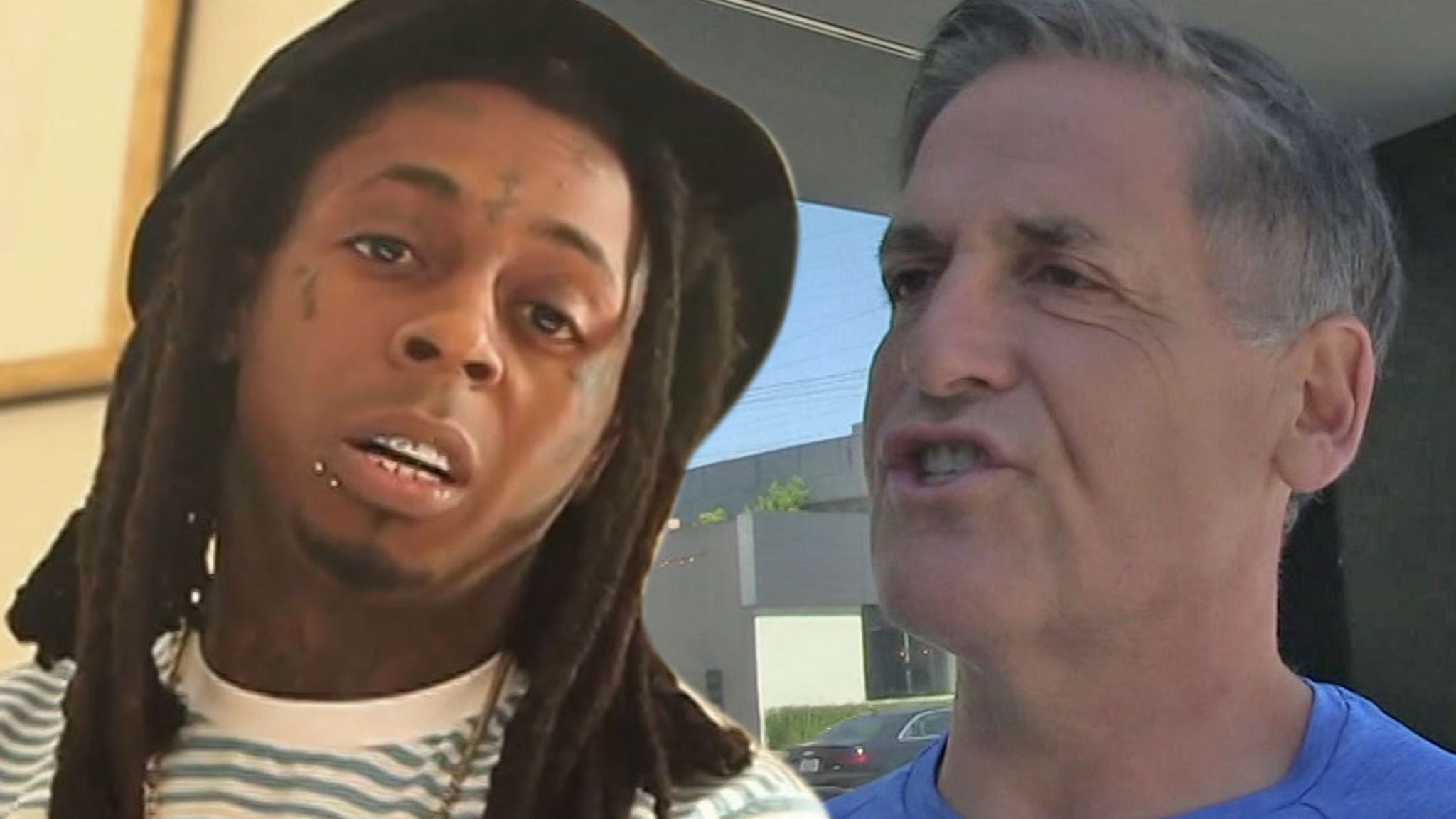 Lil Wayne once said “You don’t want to start Weezy, ’cause the F is for finisher” … and he’s proving to back his words with Mark Cuban — firing back in his beef with the Dallas Mavericks owner and saying, “I will piss in ya f’n mouth ho.”

The back-and-forth between the rapper and billionaire has been brewing ever since the Young Money rapper called Luka Doncic a “ho” on Twitter last week … prompting Cuban to respond after Dallas defeated the Suns by 33 points in Game 7 on Sunday.

“Mark Cuban don’t make me get u smacked boy U playing w me??” Tunechi said. “I will piss in ya fkn mouth ho.” 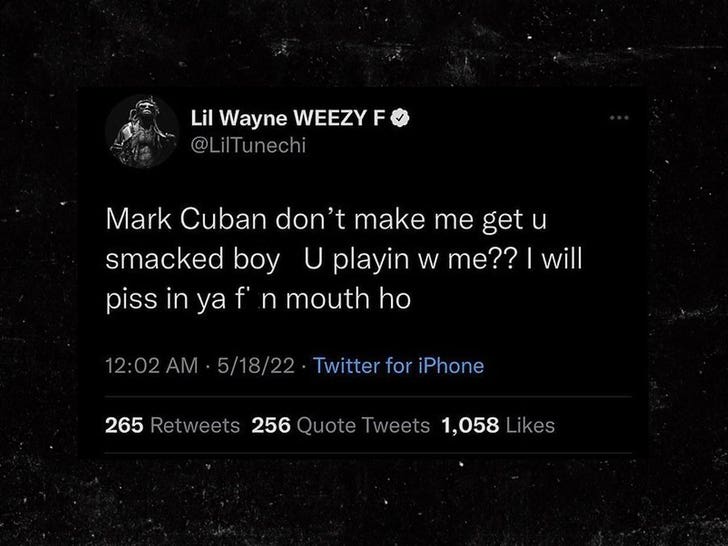 Shortly after, Wayne followed up for good measure writing, “Ya lil bitch its up.”

Now, Wayne might have been a bit of bad luck for the Suns — as soon as he tweeted about Luka, the Mavs turned the series around and ended Phoenix’s season in blowout fashion.

It’s unclear if the two are going at each other in jest, or if its a real problem … but it appears neither side is backing down.