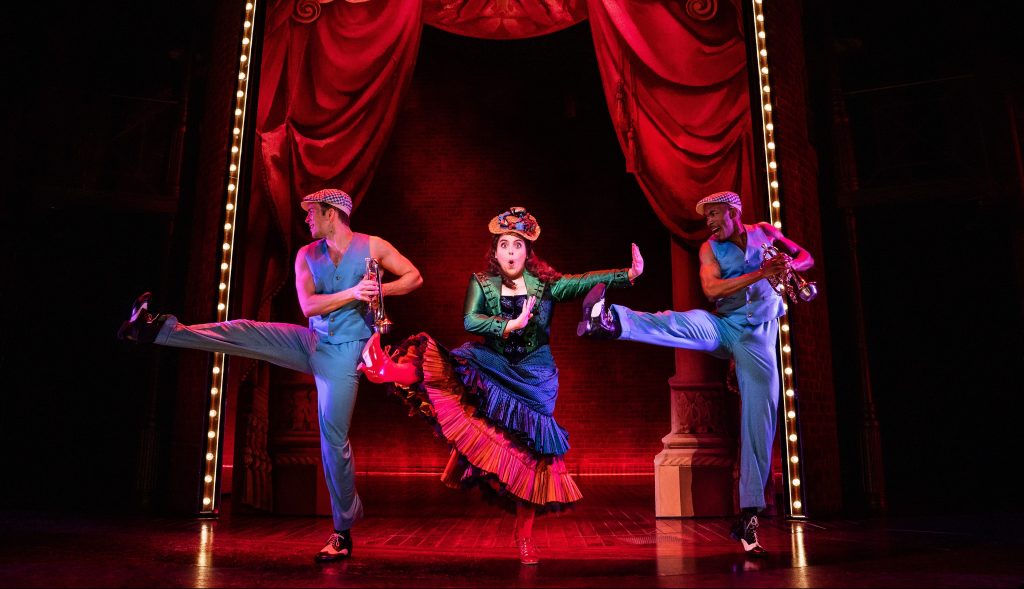 Feldstein announced Sunday night that she’d be leaving the show two months early, with July 31 her final date. Michele takes over the role of Fanny Brice on Sept. 6, with standby Julie Benko filling in until then.

Although the show’s producers are not commenting on box office, and have not released advance ticket sales figures, prices on ticket site SeatGeek for Michele’s Sept. 6 debut are currently maxing out at a whopping $2,500, a huge increase over current prices in the $250-$300 range. Cheapest seat available for Michele’s first night are $500.

On a more positive note, the newly arrived Into The Woods revival is an unqualified hit at the St. James Theatre, taking in a big $1,448,303 (and that’s with press and opening night comps) and filling 94% of seats.

New musical The Kite Runner, playing six previews at the Helen Hayes Theatre, played to a solid 83% of capacity, grossing $266,612 with a $92.70 average ticket price.

All figures courtesy of the Broadway League.

Barry Goudreau of the Band Boston to be Inducted in the New England Music Hall of Fame
Kaley Cuoco To Lead Peacock’s Forthcoming Series From Producer Jason Bateman
Teaser: ‘Joker: Folie à Deux’ and Everything We Know About The Upcoming Film
Shannen Moser Finds Comfort Amidst the Quiet in ‘Paint By Number’
Will Payne Harrison Shares Aching New Track ‘Goodbye, Sweetheart’