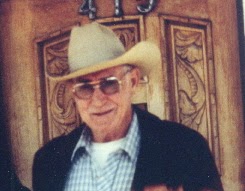 This
week, because it was the 75th anniversary of the Roswell crash, and
because everyone that I would have wanted for a guest was either celebrating
the 4th  of July, recovering
from that celebration, or had travelled to Roswell, I flew solo. My plan was to
cover some of the high points… and low points in my investigations into the
Roswell crash.

But
first, I had a rant or two. I mentioned that I was not a fan of Amazon’s new
rating system for books. You could give one star but didn’t have to give a
reason. While I appreciate four- and five-star ratings, when we fall to the
other end, I’d like to know why the rating was so low… And many times, when
there is a review, it has nothing to do with the quality of the writing or
information, but with the condition of the book. I have no control over that. One
of those who actually provided a review mentioned that the pages were falling
out. Not my fault. You need to take that up with publishers and book binders. I
just wonder how often the reader is offended by something I don’t control.

I
did mention that the negative reviews, as opposed to just the negative ratings,
sometimes provide feed back that does help. One of those suggested that one of
my books just seemed to be an excuse to denigrate other researchers. While that
wasn’t the intent, I could understand the comment and could, next time, be
cognizant of that and tone down the rhetoric.

The
second rant came about because I had just seen an unqualified comment on
another website in which the host said that Project Mogul was the cause of the
debris and that it was top secret which was why there had been such an effort
to recover it. I just wish these people would do a little research and learn
that what was going on in New Mexico was not highly classified. It wasn’t
classified at all and that negates this excuse. For those interested in the
on-going arguments, just type Project Mogul into the search engine on the left
and you can sort through all my postings on it.

From
there, I moved onto the meat of the program, explaining how I had become
involved in the original Roswell investigation. It was an outgrowth of a
purposed debate about UFOs between science fiction writers and investigators
from the Center for UFO Studies. It looked as if it was going to be one-sided,
so I jumped to the pro side. It’s all explained in the show, which, of course,
you can listen to hear:

Or
watch here, if you want to see me talk about UFOs and Roswell for an hour:

In
the second segment, I did talk about our first trip Roswell and how it didn’t
look all that good until we met with Bill Brazel. Here was a guy who had
handled the debris and who had gotten part of the story from his father, Mack.

I
also talked about my conversations with Edwin Easley, the Roswell Provost
Marshal in 1947. I believe I have mentioned this on several occasions, but for
this program, I wanted to hit the high points.

In
the third segment, because it was necessary, I addressed some of the problems
with the Roswell story. These were embodied by Frank Kaufmann, Glenn Dennis and
the Plains of San Agustin. Although Don and I had accepted the tales told by
Frank Kaufmann, and how they were backed by Walter Haut, we were the ones that
finally exposed his stories. True, others had denounced him earlier, but they
based it, not on evidence, but in their belief there was no alien component to
the Roswell story. Mark Rodeghier, Mark Chesney and Don Schmitt had gathered
the initial evidence, and I provided some documentation that ultimately proved
the case.

In
the final segment, I mentioned one of the things on which we all agree and that
is that something fell in Roswell. Once again, because it is part of the story,
I touched on the Project Mogul nonsense.

I
also mentioned, because there is a note of irony in it, that the Air Force,
during their investigation confirmed many of the things that we had said about
the alternative explanations. In other words, we agreed that it wasn’t an
errant missile or rocket from White Sands, it wasn’t an experimental aircraft,
it wasn’t some kind of accident involving atomic weapons or that it was an
early experiment in space flight that had gone horribly wrong. Of course, we
disagreed with their final conclusion about Project Mogul.

Next
time, I’ll be talking with Blair MacKenzie Blake about the Allende Letters and
our separate investigations into them, including getting copies of the Varo
edition of Morris K. Jessup’s book that might have sparked this whole
controversy.

Album Review: Hudson Mohawke, ‘Cry Sugar’
How To Fake That You Read the Book Club Book
The Game Disses Eminem & 50 Cent on ‘The Black Slim Shady’ Song
James Franco’s Castro Casting Defended by Producer After Leguizamo Bash
The Bennet House from the 1995 Pride and Prejudice is for Sale!