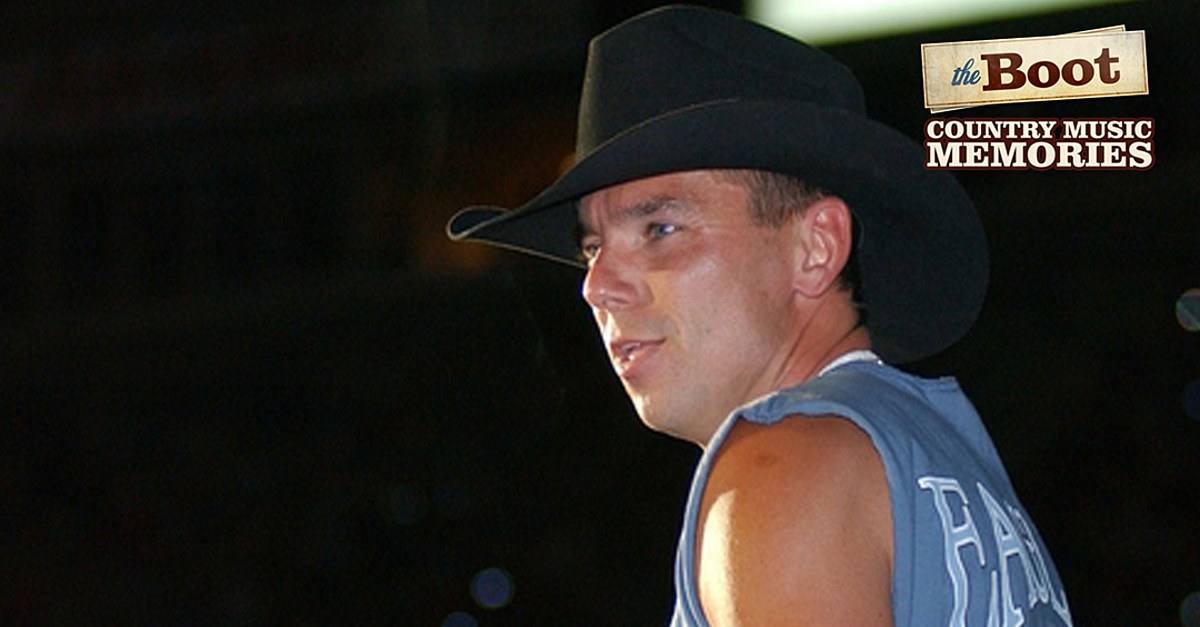 Twenty years ago today, on July 27, 2002, Kenny Chesney added another No. 1 hit to the growing list of “good stuff” that was happening in his career. It was on that date that the singer soared to the top of the charts with his song “The Good Stuff” and held reign for seven straight weeks.

“The Good Stuff,” which was the second single from Chesney’s multi-platinum No Shoes, No Shirt, No Problems album, was written by veteran tunesmiths Craig Wiseman and Jim Collins. The mid-tempo song explains that the “good stuff” is “the first long kiss on a second date” and “the way that she looks with the rice in her hair / Eatin’ burnt suppers the whole first year;” the lines “Spent five years in the bottle / When the cancer took her from me / But I’ve been sober three years now” are especially poignant, as they’re based on a tragic, true story.

“The security guard where we were writing that day, Rusty Martin, was a friend of ours. He had lost his wife to cancer. In fact, he had moved up [to Nashville] because of that,” Wiseman recalls to The Boot.

“The Good Stuff,” which also reached No. 22 on the Billboard Hot 100 chart, was the No. 1 country music single for the entirety of 2002 as well. The single earned Chesney an ACM Awards trophy for Single of the Year and also helped him earn Top Male Vocalist. The artist also included “The Good Stuff” on his 2009 album Greatest Hits II.

WATCH: How Well Do You Know Kenny Chesney?

A.I. Is Not Sentient. Why Do People Say It Is? – New York Times
Anne Heche Video Shows Speeding on Another Street, Podcast Suggests Drinking
Days of Our Lives Round Table: Did Paulina Betray Chanel? Did NBC Betray Fans?
How To Create The Ideal Home Office
Haunting ‘mermaid’ mummy in Japan is probably a gruesome monkey-fish mix