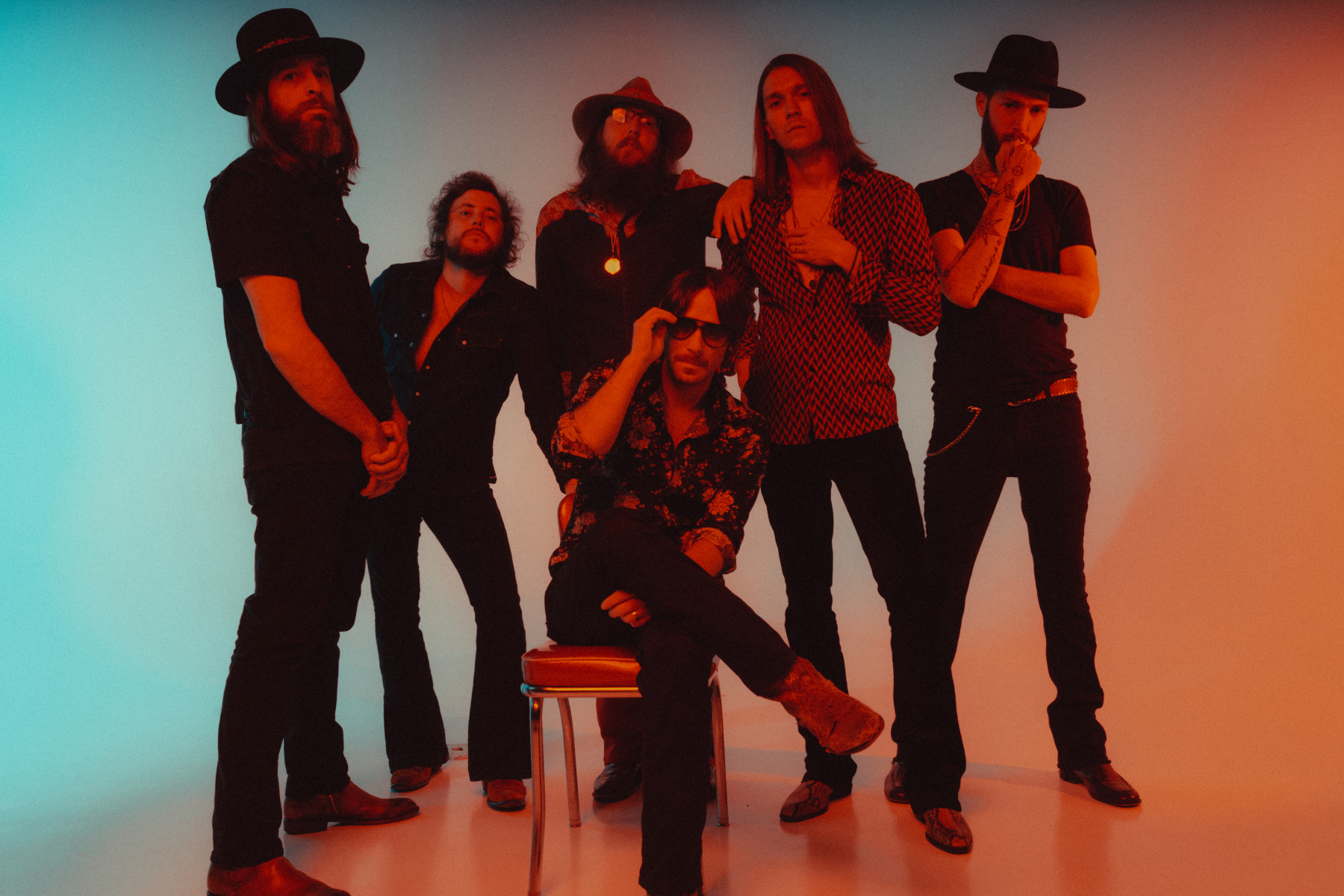 Whiskey Myers seem made for the part of laser-wielding deputies in the riotous new video for “John Wayne.” The groove-driven country-rock tune appears on the Texas band’s new album Tornillo, which is out today.

With its message of resilience and southern-fried disco boogie rhythm, “John Wayne” is a nice accompaniment for a battle between the forces of good and evil. The clip, which opens with a cheeky, Star Wars-type crawl, portrays the sextet as tough lawmen in some future-past Wild West, charged with taking on a dastardly villain played by beloved tough guy Danny Trejo. There’s a lot of laser gunfire, some ZZ Top dance moves, a neon-lit church, and a general abundance of absurdity in the best possible way.

Named for the Texas town where the band recorded, at the famed Sonic Ranch studio, the 12-song Tornillo is Whiskey Myers’ sixth studio album. The project also includes the funky, Little Feat-influenced “Whole World Gone Crazy” and the grungy, horn-laced track “The Wolf.” It follows their 2019 self-titled album, which was released after they’d gotten to open for the Rolling Stones.

Just a month ago, Whiskey Myers sold out their headlining show at Colorado’s Red Rocks. Up ahead, they have a busy slate of live dates, including Oct. 8 in Helotes, Texas, and Nov. 1 at Seattle’s Paramount Theater.