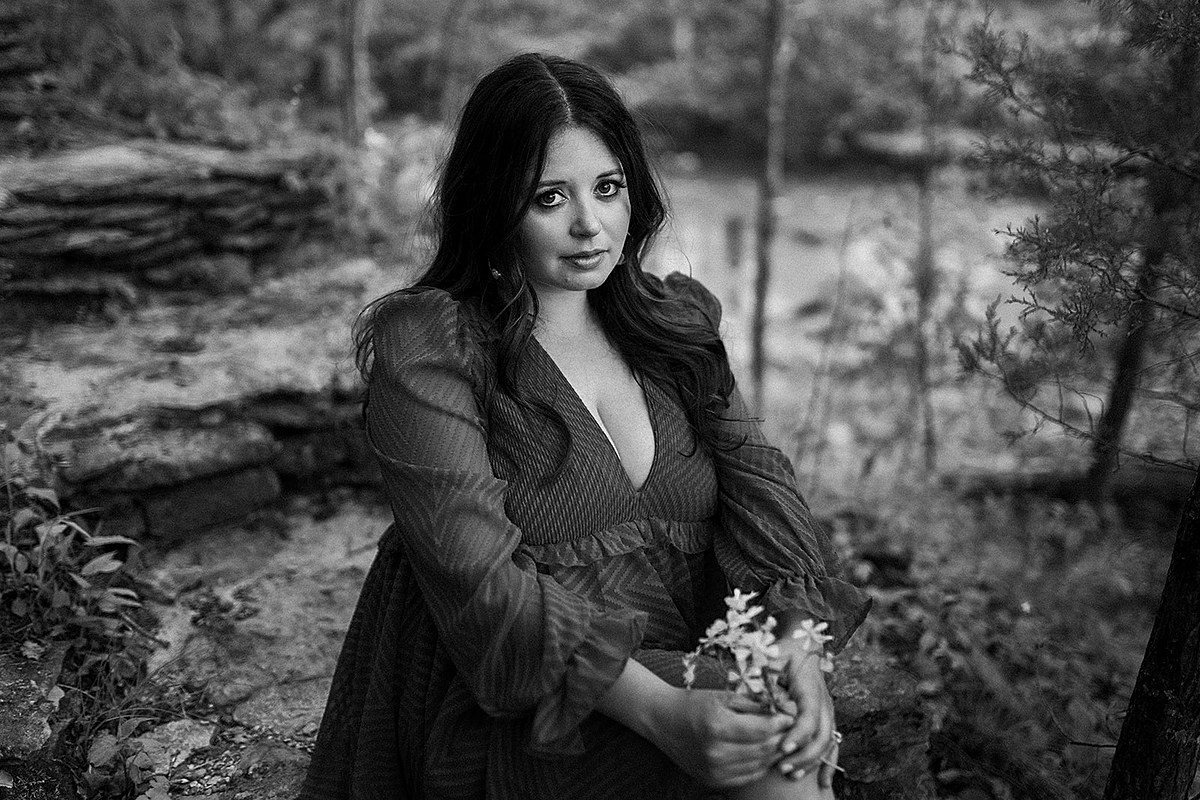 Set for release on Oct. 28 via Oh Boy Records, Robinson’s upcoming album Built on Bones acts as a modern musical adaptation of Macbeth. The play tells the story of a Scottish general whose life takes a dark turn after encountering three witches. The trio serve the general with a prophecy, stating that he’ll soon become King of Scotland.

Built on Bones came to life after Robinson became a part of Telluride Theatre’s adaptation of Macbeth, acting on stage in the role of Hecate — the leader of the three witches — and serving as musical director for the entire production.

“In the spring of 2021, I was asked by my friend and theatre director Colin Sullivan to compose music for Shakespeare’s Macbeth,” Robinson says. “The Witches of MacBeth are traditionally cast as scary, ugly and evil creatures to which we attribute the darker magic of the show and Macbeth’s descent into madness. Our theory was this: What if the Witches were instead beautiful, tempting, sexy, powerful and playful? What if the Witches held the capacity, just like Macbeth, for both light and dark magic? After all, in the time of King James I and the witch trials in England, the ‘witches’ targeted by the Crown were not supernatural beings — they were folk healers, spiritualists and teachers.”

The multi-talented singer-songwriter wanted to present the play, which dates back to the early 1600s, through a distinctly modern lens.

“We envisioned a version of the show where we gave the Witches a powerful voice, and in doing so, belied the history of violence against women and their magic. In making this record, Lizzy, Alisa, Brandy and I held in our hearts the intention to heal the lineage of women who came before us and declare that our power and magic cannot be controlled or snuffed out by a violent patriarchy of fearful men.”

Robinson has given listeners a sneak preview of the project by sharing the record’s stunning, mystical title track, which features accompaniment from Alisa Amador and Lizzy Ross of duo Violet Bell.

Later this week, Robinson will perform in Nashville as an official showcasing artist at AmericanaFest 2022. Additional tour dates in support of Built on Bones are expected to be announced in the coming weeks. You can find more information on upcoming performances and ticketing information at Emily Scott Robinson‘s official website.

John Prine could write a song like no one else. Throughout his five-decade career, the folk icon proved himself to be one of a kind.

Prine’s lyrical stories were both fantastical and simple; he wrote with a Midwest-bred honesty and humor that kept listeners on their toes. His catalog, spread over 18 albums, contains vivid stories (“Lake Marie”), insightful looks at the human condition (“Hello in There”) and sweet love songs (“Aimless Love”).

Impressively, Prine was only in his mid-20s when he wrote song of his most beloved songs, from “Sam Stone” to “Angel From Montgomery.” He earned critical and industry acclaim, even if his work was not particularly commercially successful, and his songs were covered — and made into hits — by everyone from George Strait to Miranda Lambert, among many others.

These 13 Prine lyrics — largely pulled from his songs’ choruses — are some of his very best:

How To Cope Through Trauma The Lynne Jasames Show
8 of the Best Word Search Games
The Resident Round Table: Should We Call Time of Death on the Series?
Don’t Worry Darling Is Finally in Theaters—Will Audiences Go See It?
Kim Kardashian Wears Leopard Print Bodysuit After Dolce & Gabbana Showcase