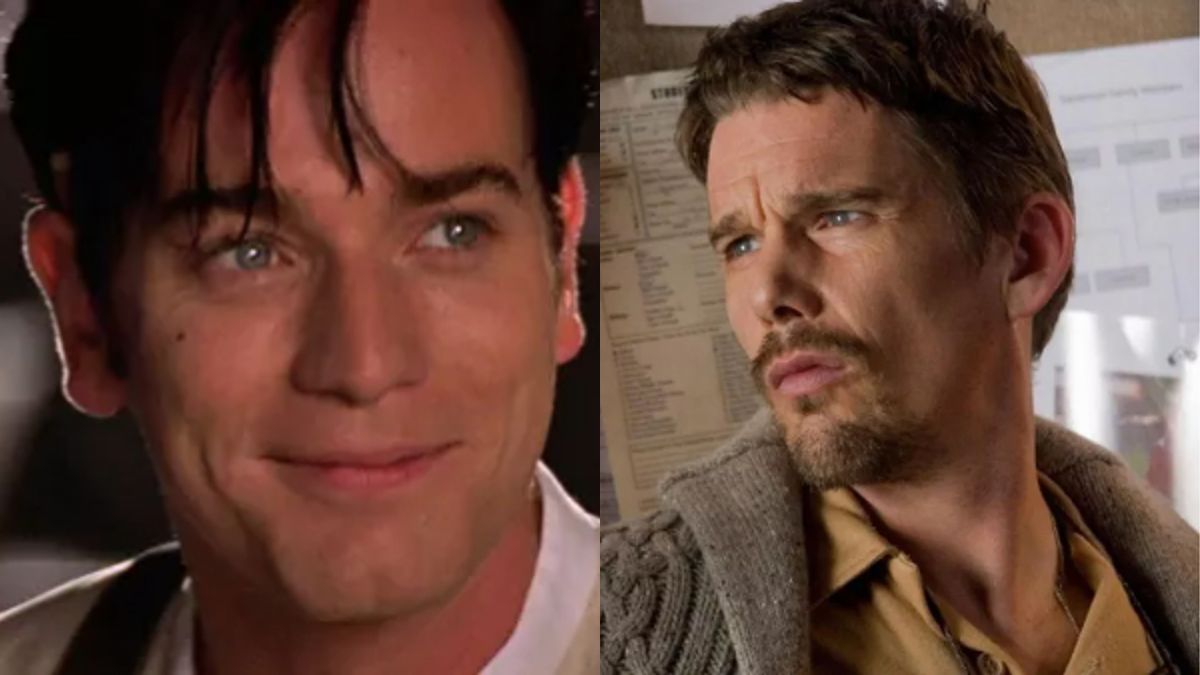 As we all know, one of Ewan McGregor’s best performances is playing the young poet Christian in Baz Luhrmann’s Moulin Rouge!. But did you know that Ethan Hawke could have been the one to show off his singing chops and star opposite Nicole Kidman? The Boyhood actor recalls the time he “crushed” his Moulin Rouge! audition before he lost out to Ewan McGregor.

Released in 2001, Moulin Rouge! is the star-crossed love story between a young English poet and a cabaret actress. To think that Ethan Hawke could have been part of the Moulin Rouge! cast singing “Come What May.” In an interview with ScreenRant, Hawke spoke about how he believed the audition for Moulin Rouge! was “one of the greatest screen tests of [his] life.” He explained:

cBoy, would I like to see that audition! The closest I’ve seen Ethan Hawke sing was in his Oscar-nominated performance in Boyhood as the aspiring musician father of the film’s young lead. Hawke actually wasn’t the only actor to lose out to the role of Christian. A little behind-the-scenes fact about Moulin Rouge! is that both Jake Gyllenhaal and Heath Ledger came close to landing the role. While Luhrmann praised the singing of both actors, they were both in their early 20s, which would have been too much of an age difference for the then-33-year-old. This creative director was going more for a Humphrey Bogart and Ingrid Bergman feel.

While it may have come off as disappointing for the Dead Poets Society actor not to nail the musical role, his career did not suffer. In fact, one of Hawke’s best performances that same year was in Training Day, where he received his first Oscar nomination for Best Supporting Actor. I’m sure that Moulin Rouge! would have been a completely different movie if this Golden Globe nominee was in it. I just can’t imagine him being able to have the same vocal range as McGregor, but then again, I’d need to see that audition footage for myself to know for sure.

And then fate deals you a different hand when you’re set to work with your Moulin Rouge! competitor. McGregor and Hawke star together in the Apple TV+ movie Raymond and Ray, which is about two half-brothers with a complicated relationship reuniting at their father’s funeral. This comedy-drama had its world release at the 2022 Toronto International Film Festival and will also be featured in the “World Cinema” section of the 27th Busan International Film Festival. So at least we know how Ethan Hawke could have channeled his character’s frustration just thinking about losing out to his co-star!

It looks like there’s no bad blood between Ethan Hawke and Ewan McGregor in real life. Both of these actors have had successful careers playing the roles that fate brought them. If you want to see these talented actors share the screen together for the first time, add Raymond and Ray to your watchlist on October 21st.

LISTEN: Is Scotty McCreery ‘It Matters to Her’ His Next No. 1?
Fall 2022 YA Paperbacks Being Released: October-December
One Night in Maracaibo – Strange Company
“The Witcher” – “Blood Origin” Premieres in December and Season 3 Arrives in Summer 2023
Lily Collins To Star In Hulu’s Upcoming Limited Series ‘Razzlekhan’