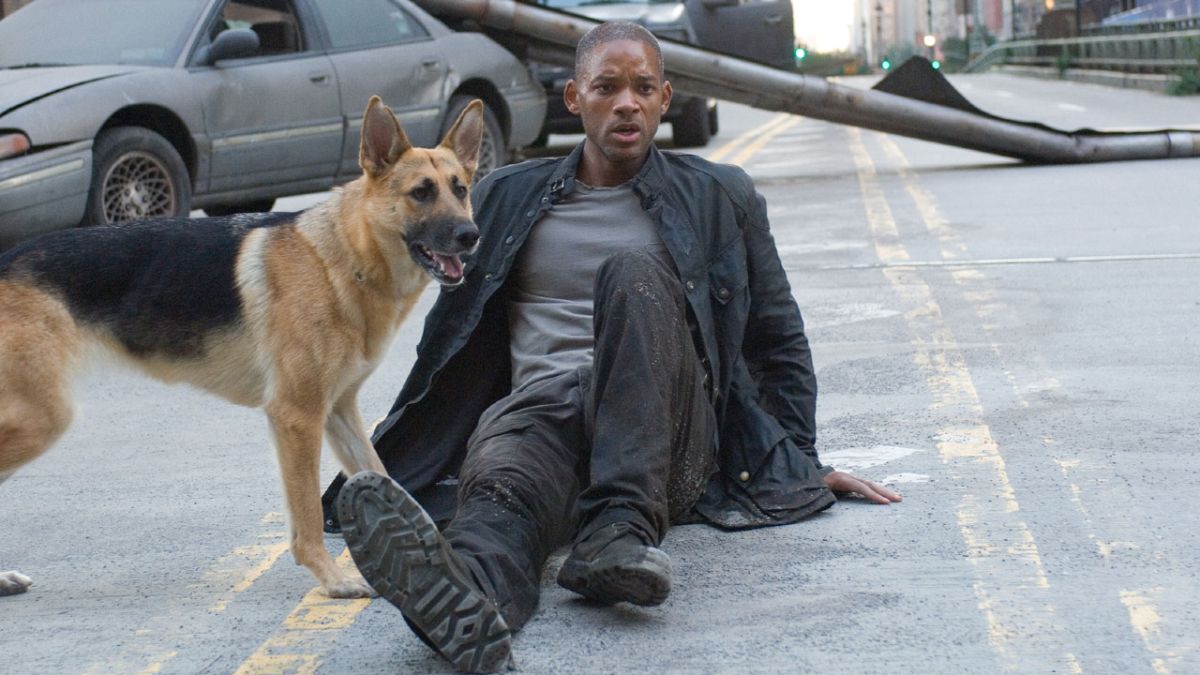 Before the infamous Oscar slap happened, it was reported that Will Smith would return for the I Am Legend sequel, with Michael B. Jordan set as his co-star. Unfortunately, not much more was said after that initial piece of news was revealed. However, an update has now arrived, courtesy of the original film’s director, Francis Lawrence, and the filmmaker got honest regarding what he knows about Smith’s long-awaited sci-fi follow-up.

Francis Lawrence had been opposed to an I Am Legend sequel in the past, given the way that his movie ended. Of course, his opinions couldn’t stop Warner Bros. from brewing up a new idea for the franchise. As of right now, Lawrence himself is not attached to actually helm the sequel, which has been in development hell for some time. Despite not being attached to the film, he has chatted with the first film’s writer, Akiva Goldsman. The renowned filmmaker spoke to Comicbook.com about the sequel’s status, and fans may not be too thrilled:

So unfortunately, it sounds like things have come to a bit of a standstill for the film. There is a bit of good news here, however, as it sounds like Francis Lawrence is interested in directing the film should things come together. If he were to get the gig, it would represent a firm piece of creative continuity for the production.

Still, there are plenty of questions surrounding I Am Legend 2 from a narrative standpoint. For instance, could Will Smith’s Robert Neville and Michael B. Jordan’s character be connected in some way? Will the movie take place before or after the events of the first installment? There’s also the matter of whether the nocturnal mutants will still be featured. Some may doubt whether Smith’s Neville could return, though it is indeed possible.

One can look to I Am Legend’s alternate ending, in which Neville survived the finale’s fateful blast and made it to the survivors’ camp. The producers could retroactively take elements from that ending to make this a true follow-up. Though if this were to be handled ineffectively, it could confuse some moviegoers.

While Francis Lawrence is at least thinking about that project, he’s currently consumed with the Constantine sequel. That WB production will mark the return Keanu Reeves, who will reprise is role as the beloved supernatural detective. The Water for Elephants director will helm the follow-up, with Akiva Goldsman penning the script.

While I Am Legend fans wait to hear more about the sequel, everyone affiliated with it and the original film remains busy. Francis Lawrence has also been busy with other things. Right now, he’s gearing up for the release of his fantasy adventure, Slumberland, which hits Netflix on November 18. Lawrence just also recently wrapped filming on The Hunger Games spinoff, The Ballad of Songbirds and Snakes. Akiva Goldman, for his part, crafted the anthology series The Crowded Room, which will be available through an Apple TV+ subscription. And Will Smith is getting ready for the release of Emancipation, which will premiere on Apple as well on December 9.

Needless to say, it could be a while before things get off the ground for the I Am Legend sequel. One can only hope that there’s some kind of movement on the movie sooner rather than later. In the meantime, the first movie can be streamed using an HBO Max subscription. You can also look over CinemaBlend’s 2022 movie schedule to see what new productions are coming up by the end of the year.

‘History of the Occult’ – Lovecraftian Horror from Argentina Now on SCREAMBOX!
Seth Rogen Jokes About Kim Kardashian’s Absence at Women In Entertainment Breakfast
You Could Spend the Night in Hobbiton
15 Best Sherpa Jackets For Men: Stay Warm and Cozy All Season Long 2022
George Clooney, Gladys Knight, U2 Get Kennedy Center Honors from Biden