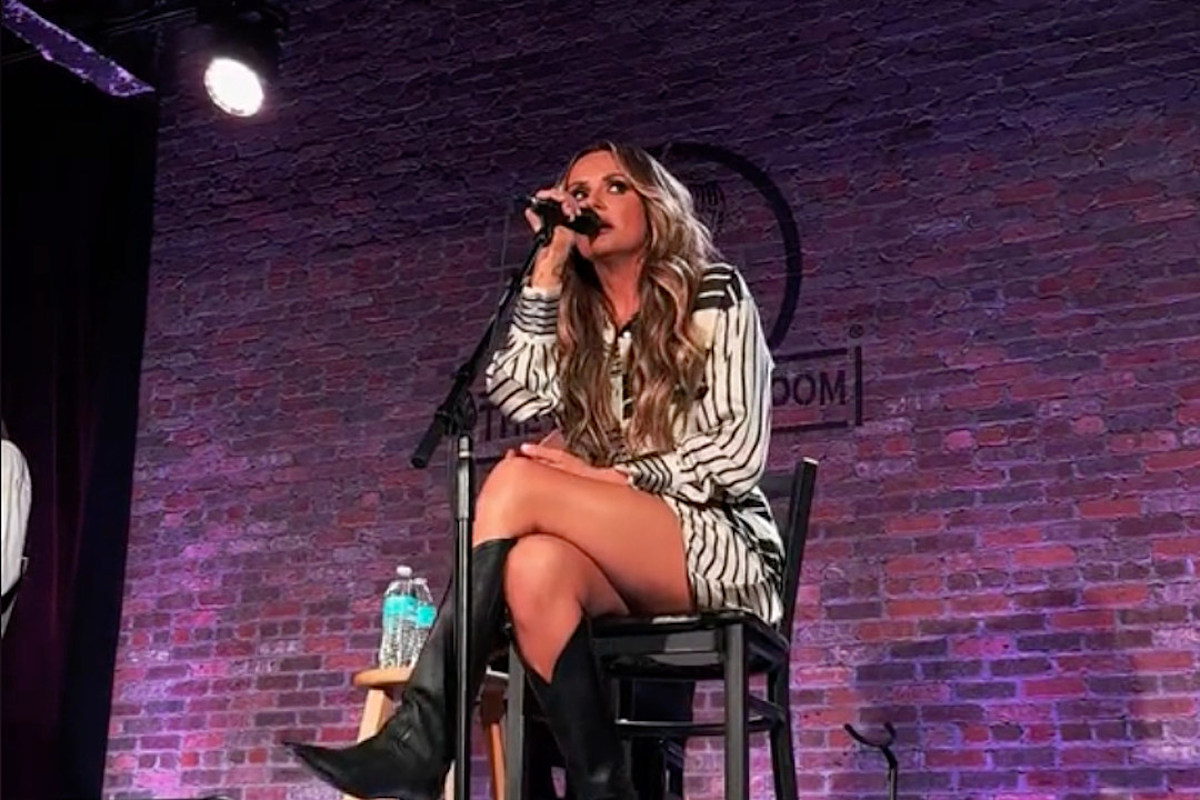 Carly Pearce‘s 29: Written in Stone album was an open-hearted chronicle of her journey through loss, grief and divorce, and though she’s now moving on to her next music chapter, the singer has promised the same level of authenticity in her next batch of music.

In a recent live performance of an unreleased new song called “Trust Issues,” Pearce is keeping her word. During an early-November performance at Nashville’s the Listening Room, the singer debuted a song about learning to love again after heartbreak — and gradually learning to take down the barriers she’s built up around her heart.

“I look in your eyes and it’s almost like my heart’s never been broke before / My only issue is how bad I miss you every time you walk out that door,” she sings in the opening lines of her new song. “To ever think I had trust issues / In a matter of one kiss you / Got me turning one night into maybe the rest of my life.”

In September, Pearce told Taste of Country that her next batch of music would explore her process of learning to love again after her highly public 2020 divorce from fellow artist Michael Ray. In recent months, the singer’s new boyfriend, Riley King, has been popping up on her social media and as her plus-one at industry events.

“Yes, it’s an exciting time for me with my career. My love life is flourishing and it’s wonderful. But also, life is a push and pull,” she pointed out. “Trying to love again? That’s kind of hard. Trying to navigate your life? That’s kind of hard, but also beautiful and crazy.”

At the 2022 CMA Awards, Pearce told Access Hollywood that she’s open to the idea of getting married again someday.

“Maybe not, like, now. But I would. It’s on the table,” the singer offered.

These Heartwrenching Breakup Songs Hurt, Too