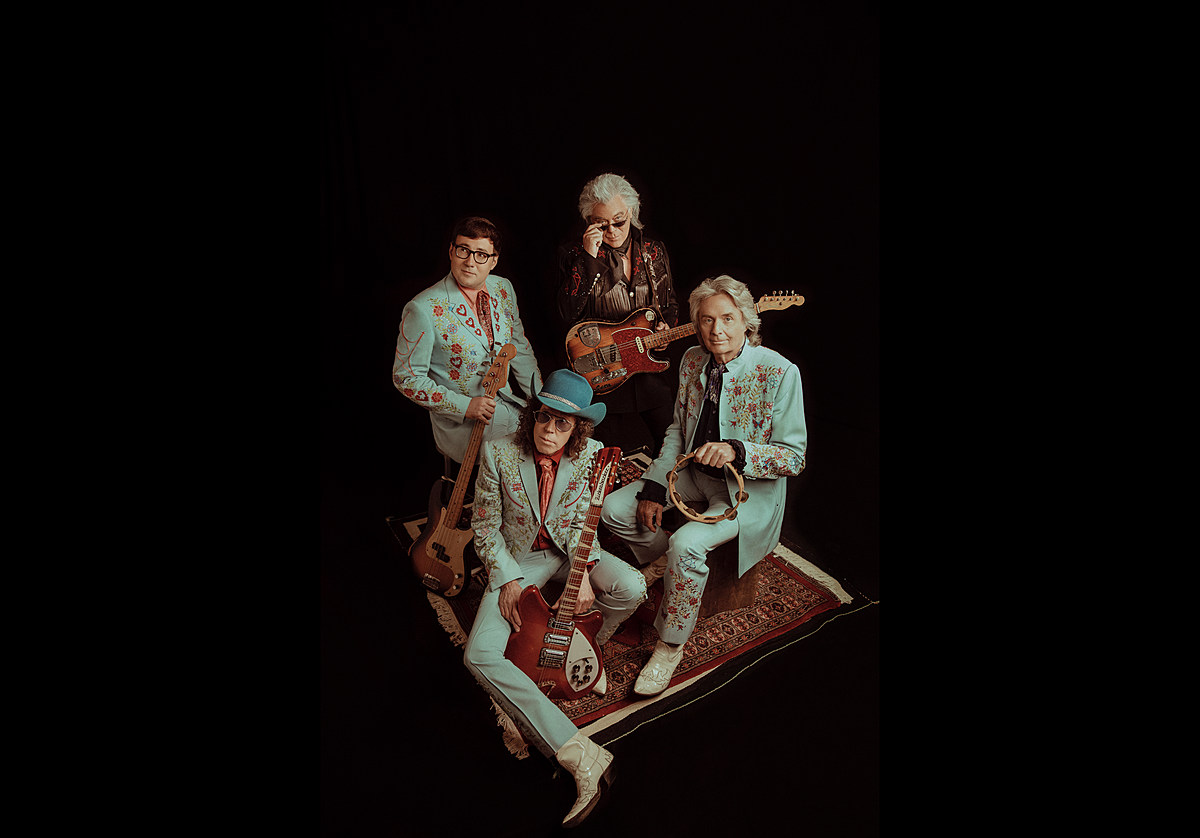 Marty Stuart is back with his first new single since the release of his acclaimed 2017 record Way Out West. Released today (Nov. 17), “Country Star” is a groovy, high-energy boot stomper with all the elements of an instant classic.

Accompanied by veteran musicians Kenny Vaughan, Harry Stinson and Chris Scruggs — better known as His Fabulous Superlatives — Stuart crafts an infectious, honky-tonk soundscape reminiscent of his polished hits from the early 90s like “Tempted” and “Burn Me Down.”

But with “Country Star,” Stuart keeps things a little more loose and lively, tapping into the raw energy of his live performances while taking listeners through the wild, winding journey of a man chasing his dream.

​​”There’s a lot of crazy imagery in this song,” Stuart says. “I’ve always loved songs like ‘Roll In My Sweet Baby’s Arms,’ ‘Long Journey Home,’ and ‘Salty Dog Blues.’ Those don’t really say much of anything but they feel good and they’re a perfect way to start any show. ‘Country Star’ qualifies as one of those songs. It’s lightly autobiographical and highly danceable and it has a twang factor that’s just exactly right.”

Listen to “Country Star” below:

The release of “Country Star” comes during an incredibly eventful month for 64-year-old Stuart. Next Tuesday (Nov. 22), he and His Fabulous Superlatives will become official members of the Musicians Hall of Fame, alongside fellow inductees Vince Gill and Don McLean.

On Nov. 26, Stuart will celebrate two more major career milestones. He’ll mark the 30th anniversary of his induction into the Grand Ole Opry and 50 years in Nashville with a special one-night-only performance. You can find additional information and ticketing options for Stuart’s Opry appearance here.

Way back in the beginning on the local radio / Heard myself singing on a television show / Ten minutes later, rodeo came to town / Got a job on a bucking horse, jumping up and down

I was raised by alligators in the Pearl River swamp / Started out dancing on a boogie woogie stump / Stump fell in, went to the bottom / Fish said, ‘Boys, smoke ’em if ya got ’em’

Fell in love with a woman who was half wildcat / Wore a big diamond she stole from Lester Flatt / We were gonna get married but the law was on her trail / Instead of honeymooning, Kitty went to jail

PHOTOS: Marty Stuart Through the Years

Take a look back at these noteworthy moments from Marty Stuart’s lengthy country music career.