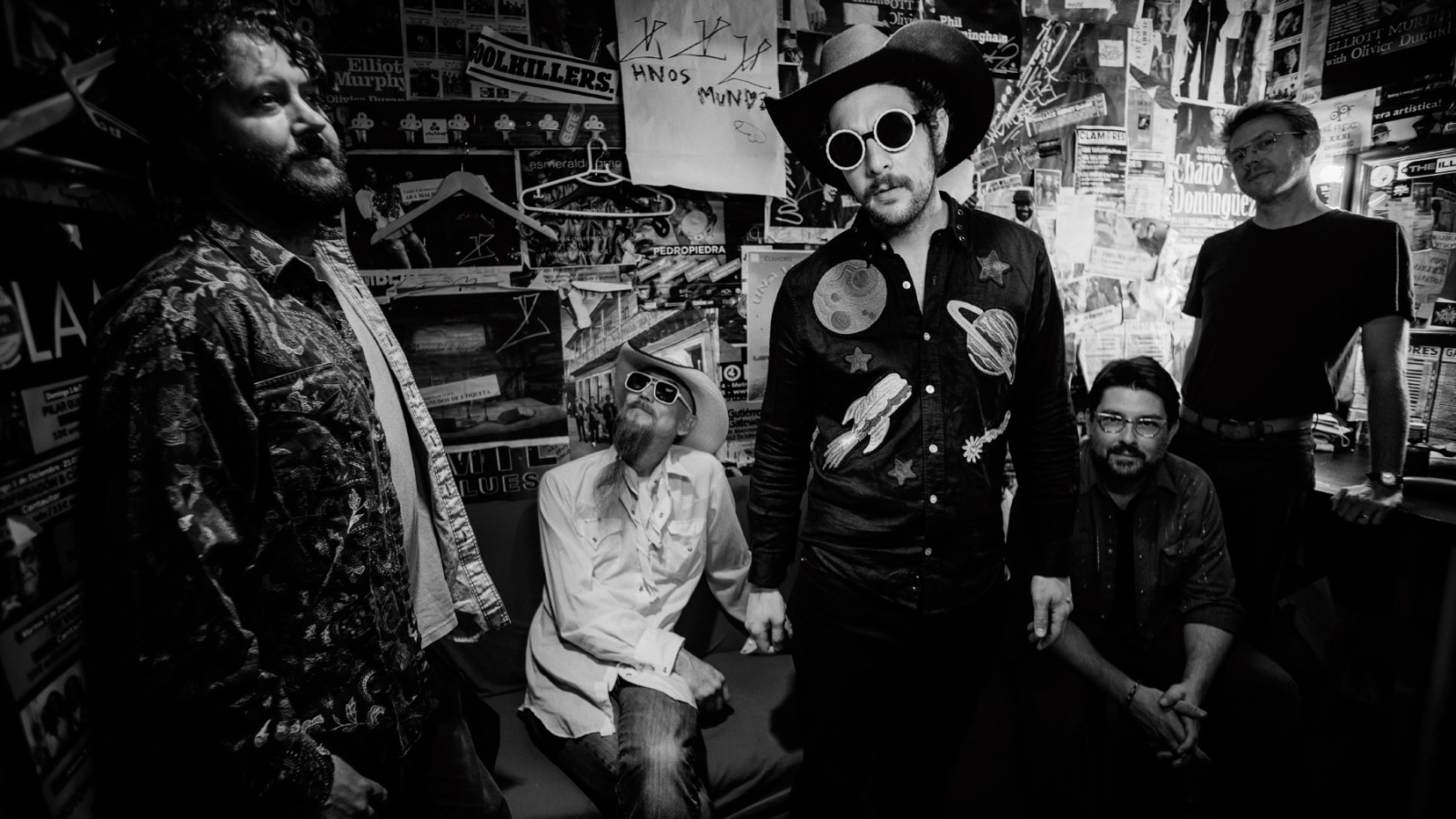 In his round X-ray specs and solar-system button-up, Garrett T. Capps looks like he’s just emerged from the farthest reaches of outer space. The San Antonio musician sounds like it, too. Since forming his band NASA Country in 2017, Capps has been working to introduce an unconventional new sound into country music, one that mixes the electronic, experimental hum of Kraftwerk with the cosmic hippie twang of Doug Sahm. Capps calls it “Kraut-country.”

Perhaps shockingly, it works. Capps’ new album, People Are Beautiful, is an urgent, inventive reimagining of Texas music. He sings with a traditional country inflection about topics like spiritual visitations and social unrest. Fat, hollow-bodied guitar chords butt up against manipulated percussion. A member of NASA Country plays modular synthesizer, turning knobs and fiddling with patch cables to create one-of-a-kind tonal effects. Capps sees it as a progressive alternative to the safe and polished sounds coming out of Nashville, or even out of some parts of his native Texas.

“San Antonio’s music scene is a little all over the place. It feels like we’re in the shadows of Austin, a high-caliber music scene,” Capps says. “But the art scene is tight-knit here, and because of my involvement with live music, I’ve gotten to know restaurateurs and visual artists and people who aren’t just musicians. That’s how the NASA Country band came together. We didn’t get together to go on tour; I organized the band to record the album.”

It started when Capps first met San Antonio sound artist Justin Boyd, the guy who stoically stands at the synth at every NASA Country concert. It’s a modular synth rig, to be specific, with an emphasis on the analog. “In layman’s terms, I call it a glorified human guitar pedal,” Capps says. “The modular synths are very complicated, and there’s wires everywhere and every little filter and knob has an output and an input. But Justin is a whiz. He’s the Brian Eno of the band.”

The pair bonded over avant-garde bands like Kraftwerk, Neu!, and Stereolab and worked to weave those textures into Capps’ music, beginning with 2018’s In the Shadows (Again). After the album’s release, Capps put out another version of all-ambient remixes, composed by Boyd. People Are Beautiful, released in October on Spaceflight Records, ups the ante.

The album track “Happen Anytime” begins with a picked acoustic guitar, but quickly becomes a sonic transfiguration on the back of Torin Metz’s haunting lap steel and Boyd’s effects. “Rip Out the Darkness” is a straightforward lonesome country lament until drummer Kory Cook and the singularly named bassist Odie drop the rhythmic hammer. In “Time Will Tell,” Capps repeats the title (and only the title) like a mantra, allowing the track to become a showcase for NASA Country’s exploration. “That song would define the Kraut-country genre we’re trying to do,” Capps says.

The title track is more traditional, at least in Capps’ universe. It’s a rock song in the vein of Jim Carroll Band’s “People Who Died,” driven by a locomotive beat and rapid-fire lyrics. But “People Are Beautiful” celebrates those still here, human beings in all the various forms they take. “Our love is irrefutable/Cosmically inscrutable/Certain facts are immutable/People are beautiful,” Capps scat-sings. “Do you feel me?” he asks at the song’s midpoint.

Capps wrote “People Are Beautiful” during the summer of 2020, at the height of the nationwide protests against police violence and racial inequality. “What a wild and scary time,” he says. “I remember starting to write that song around George Floyd…the tragedies and the protests. Everything felt so intense.”

When NASA Country played the song at the Pilgrimage Music and Cultural Festival outside Nashville in September, the crowd took to the chorus like moons to Jupiter — and to the weirdo in the yellow suit hollering “People are beautiful!” over and over again. Capps, who knows his way around a crowd from running the Lonesome Rose honky-tonk in San Antone, dramatically leaped into the air at the end of the performance, his cowboy hat going sideways off his head. He came up grinning.

“We’re a pretty unique band,” he says. “We’re experimental rock & roll and country music. I think I’m carrying the flag in some way for all that.”

‘Evil Dead: The Game’ – “Splatter Royale” Trailer Reveals the New Bonus Game You Can Play NOW!
The Latest Gucci Drop Is the Perfect Way to Celebrate Valentine’s Day
‘Stranger Things’ Star Finn Wolfhard Is Ready to Get Out of Hawkins
Hailey Whitters Revels in Being ‘Everything She Ain’t‘ on ’Kimmel’
What’s Next for DC Studios: The Good, the Bad, and the Bizarre