Chris DeMoulin is the CEO of Comikaze Entertainment, the parent company of Los Angeles Comic Con. Ahead of what’s set to be the largest event for comics, gaming, sci-fi, and pop culture in LA’s history, Chris opened up about what we can expect from this weekend’s convention, which takes place December 2 – 4 at the Los Angeles Convention Center.

The enormous fandom event is expecting more than 145,000 attendees and will take over 1.2 million square feet of the Convention Center. It will welcome the most extensive, diverse lineup of activations and talent ever, and will feature a long list of A-list celebrities, artists, vendors, panels, cosplayers, gaming activities, and much more. Celebrated for its emphasis on creating an intimate environment where fans can connect with their favorite cultural icons, LA Comic Con will give attendees access to a wide array of entertainment legends like William Shatner, Sean Astin, and Elijah Woods, as well as cast members from The Boys, Jimmy Neutron, The Sandlot, The Umbrella Academy, and a parade of other pop-culture staples.

I spoke with Chris to talk about what we can expect from this weekend’s LA Comic Con event.

LA Comic Con has always been an extravagant, adventurous experience that gives comic book and pop culture fans a unique opportunity to enjoy high-tech installations and interactions with top talent in years past. How have you managed to execute these massive events, and how have you managed to scale them over the years?

The beautiful thing about hosting a pop culture event at the heart of the entertainment industry’s mecca is that we don’t have to look too far to find what we need. Right in our backyard, we have access to some of the most elite talent and cultural figures in the world. Actors, musicians, artists, gamers, and creators of all kinds thrive in this city, and we take pride in providing them a safe place to connect with the fans who support them. In that sense, it’s a very LA-centric show, which actually works out for fans, talent, and organizers alike. Just the other day I was speaking with an agent who said their clients don’t really like to travel. When it comes to LA Comic Con, all we have to do is send a car service to pick them up. They roll down the hill, do a panel, meet some fans, and are home in time for dinner. No airplane, no airports, no hotels. 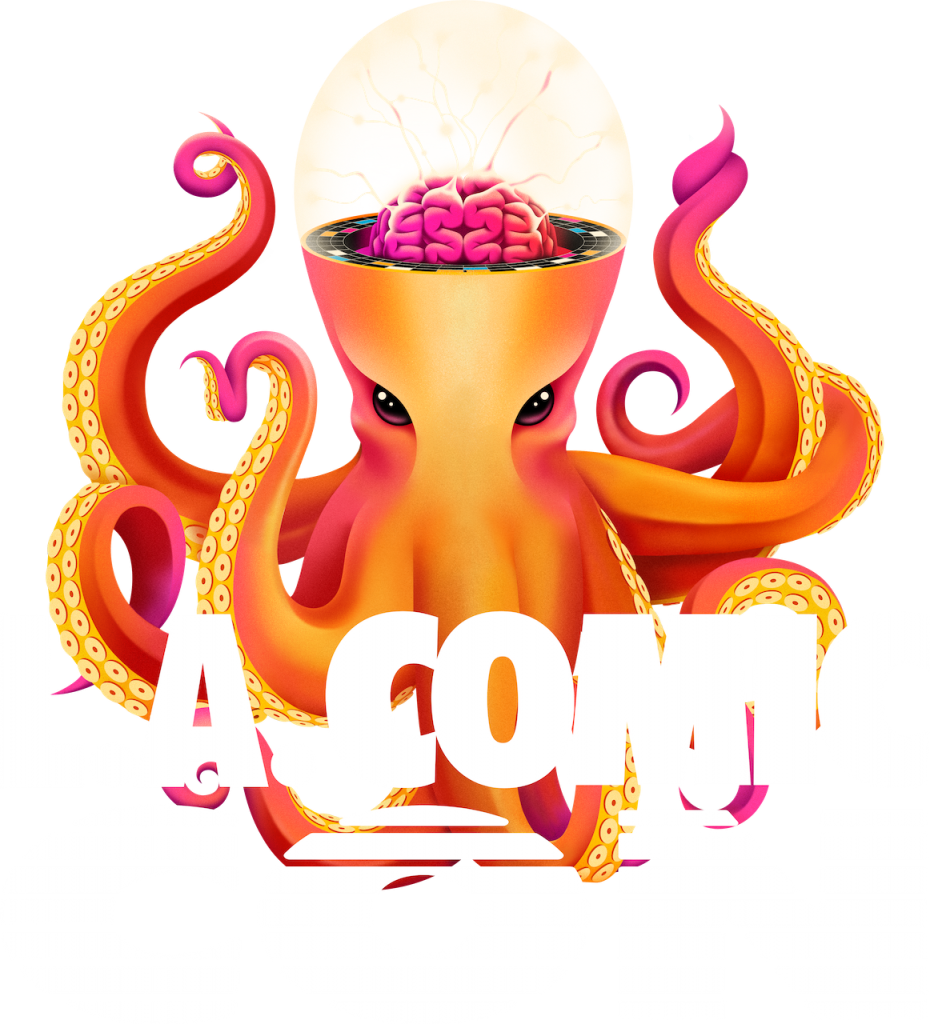 What inspired such an ambitious project? Is it rooted in your own love for comic books and movies? What was the original motivation behind the event?

It all started with our founders: a sister and two brothers who grew up in San Diego. When they couldn’t get tickets to San Diego Comic Con for two years in a row, they decided to put on their own convention. They were able to raise some money and launched the first show in 2011, which they called “The Comikaze Expo.” That year, they managed to book Stan Lee as one of the star guests. He really enjoyed taking part in the show and quickly became a shareholder. After that, they renamed it “Stan Lee’s Comikaze Expo,” which is about when I got involved.

At the time, I was in the licensing business for expositions, trade shows, and the like. My company started working with the siblings and eventually bought some Comikaze shares. I was pursuing other opportunities when, about 4 years ago, Comikaze approached me about taking over as CEO. Of course, I jumped at the opportunity. As a total nerd, an avid Marvel collector, a Star Wars purist, and the former chairman of a club dedicated entirely to Lord of the Rings, how could I not?

But what really inspires me to create these extravagant, immersive experiences is the fans we do it all for. It’s why we’re proud to say that LA Comic Con was built “by the fans, for the fans” … our tight-knit community of self-proclaimed geeks, nerds, and pop-culture fanatics thrives in Los Angeles, and its members deserve a space to celebrate their passions.

Many are saying that this year’s event will be the biggest one yet. What are you expecting this weekend?

It will definitely be one of the biggest shows in terms of numbers alone: more space, more talent, and more exhibitors to start, but we’re also expecting more guests than ever before. Our ticket sales are up from 2019, which was our biggest show to date. One thing we do know for certain, though, is that this year’s show will be better than ever, in part because we’ve already received some stellar feedback on this year’s lineup.

I’m particularly excited about Simu Liu, star of Shang-Chi and the Legend of the Ten Rings, because that kind of Marvel blockbuster talent is hard to come by. William Shatner is also a huge draw for fans, and when you add talent from hit shows like The Boys, The Umbrella Academy, The Sandlot, Jimmy Neutron, SpongeBob and Blues Clues, the lineup becomes this incredibly rich, eclectic mix of classic, nostalgic, and modern pop culture representatives.

We’ve also taken the time to really get creative with the format of our panels. For example, we’ve organized a live script reading for the 20th anniversary of Jimmy Neutron. Because two of the voiceover actors couldn’t make it, we decided to have the panel pull two people from the audience to read the script with them. We’ve also increased our expansion into the West Hall of the Convention Center for gaming and anime where fans of esports, video game creators, and anime talent can also enjoy a catered experience. In that sense, this year will really be the best mix of traditional con happenings and newer tech-driven installations.

What will separate LA Comic Con 2022 from last year’s event?

To start, we won’t all be required to wear masks or show proof of vaccination before entering the building (though we still recommend that everyone wear masks, of course). Last year, we had 95,000 attendees –every single one of them was vaccinated and wore a mask, and we had a really fun show because the fans were thrilled to get together in person again and celebrate. Without those same restrictions this year, we can draw a bigger crowd, and with a bigger crowd, there are likely going to be more parties. Some will be onsite, and we’ll also be throwing an official after party offsite. Mainly, we expect the atmosphere to be highly celebratory – though COVID-19 is still not completely gone, this is our first opportunity to really return to some semblance of pre-pandemic “normal.” 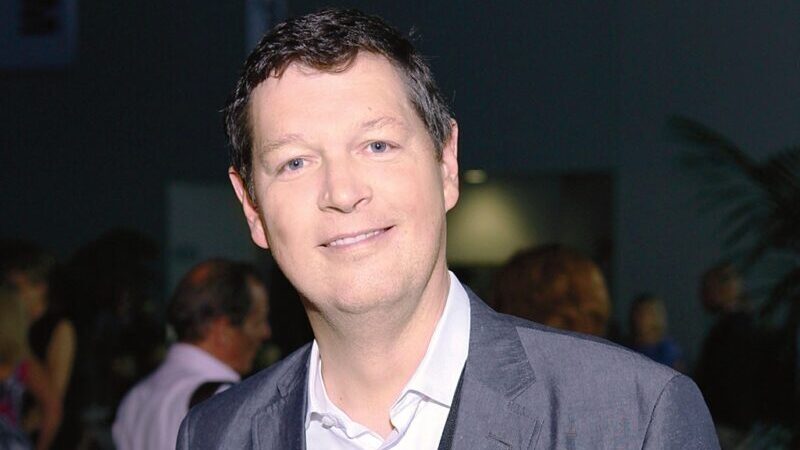 Our expansion of the gaming and anime unit will also add an extra dimension to this year’s event. We even built a 5,000 sq. ft. zone with a company called the Metaverse Comic Con to bring in several high-tech web3 companies that are working on AR and massive multiplayer online games. For this year’s event, we are organizing a live digital art battle, where artists from around the world will create art live, right there in front of the audience. The audience will then vote on the winner and will have the opportunity to buy the winning piece in real time. We’re really trying to bring various aspects of web3 technology into the LA Comic Con experience, since metaverse and AR experiences are such beautiful complements to comic- and fan-driven events.

Anything else you want to share ahead of the event?

We’ve developed a really great relationship with the presenting sponsor of our Main Stage, Tiltify. They are a fundraising platform for the digital generation that provides live, interactive technology to engage and inspire communities of people to donate or fundraise for important causes. This year, we’re partnering with them to help raise money and awareness for World Central Kitchen, a nonprofit organization that is first to the frontlines to provide fresh meals in response to major crises. We’ve worked with charities and nonprofits before, but this is our first major push like this where exhibitors and other sponsors are also participating. Our goal is to help them raise the profile of this charity in the market – and help them do some good along the way.

I’d also like to acknowledge that some people may still feel uncomfortable participating in these large-scale events. For this reason, we will be streaming the show live on the Comic Con Metaverse. Five major streams will be available from home: the Main Stage, the Cosplay Stage, the Gaming Stage, and two roaming cameras that will be on the ground capturing all the fun and fantasy. Essentially, we want any fan, anywhere, who wants to be part of the event to be able to experience it all however they feel most comfortable doing.

For more information about the event or to purchase last-minute tickets for L.A. Comic Con 2022, you can visit https://www.comicconla.com today!