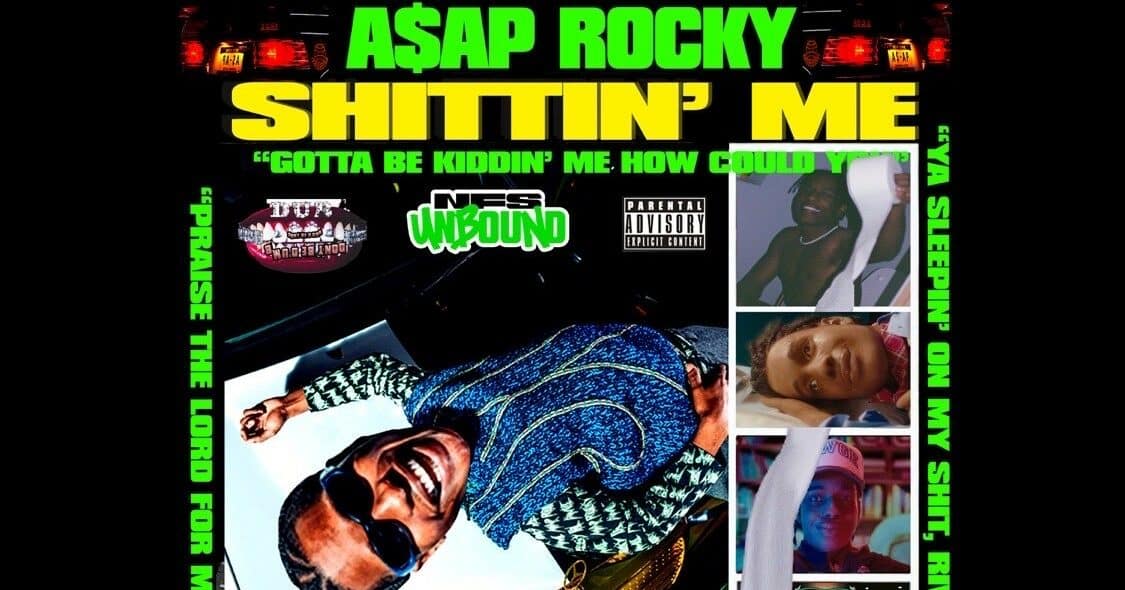 A$AP Rocky has a new song out called ‘Shittin’ Me’, which was made for the new video game Need for Speed: Unbound. The single was produced by longtime collaborator Kelvin Krash. Give it a listen below.

“It has been a pleasure getting to be a creative collaborator with EA on the new Need for Speed game,” A$AP Rocky commented in a statement. “‘Shittin’ Me’ serves as the lead track from the game soundtrack, and, with so much excitement around it, it was only natural to also do a music video. Grin Machine did a great job paying homage to the game collaboration with AWGE with the fun wacky aesthetics, and shout out to Krash and Hec for the music as always.”

Earlier this year, A$AP Rocky released the track ‘D.M.B.’. The rapper also appears on ‘Feel the Fiyaaaah’, from Metro Boomin’s new LP Heroes & Villains, which is out today.