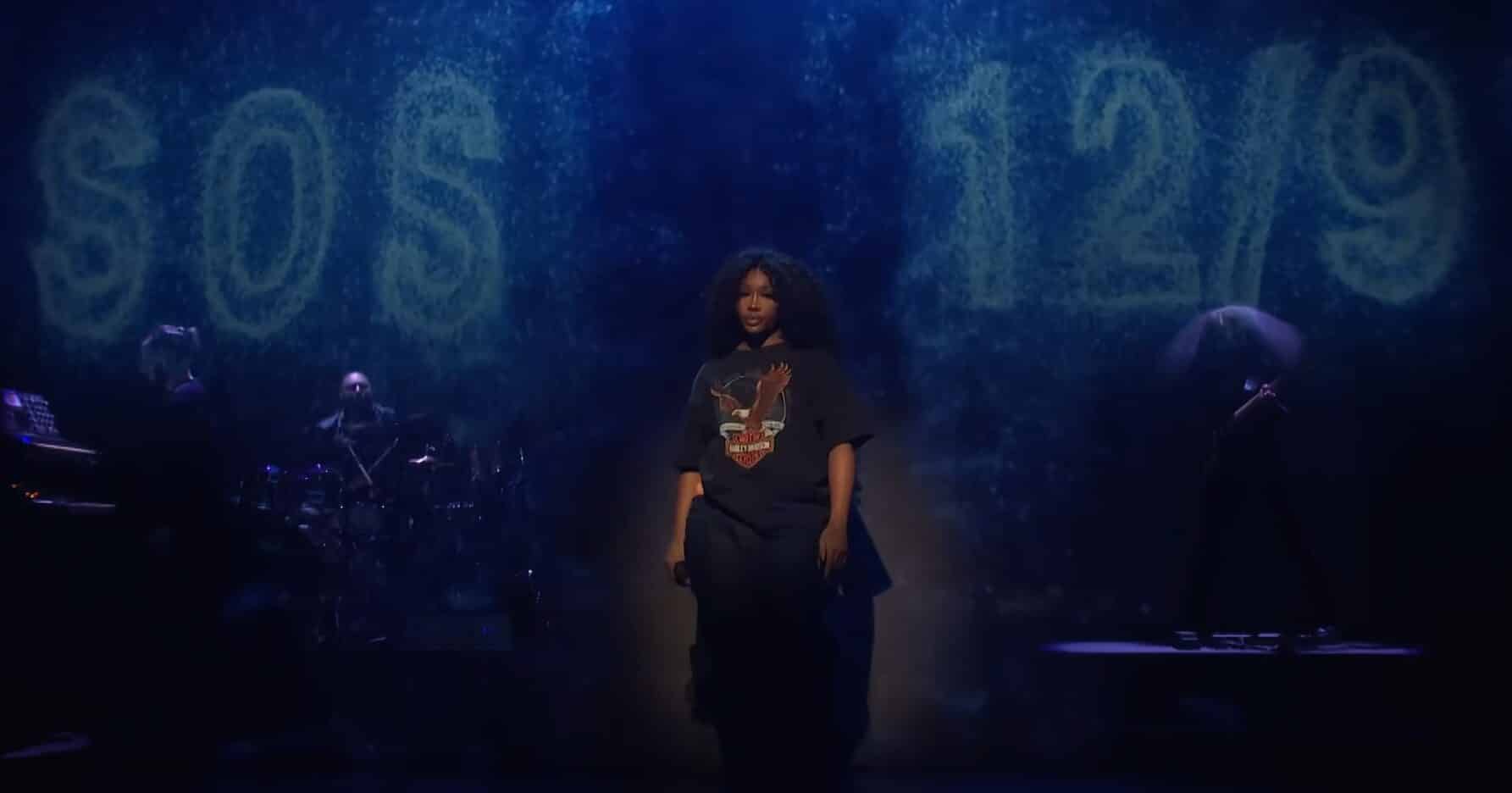 SZA was the musical guest on last night’s episode of Saturday Night Live, where she performed two songs off her upcoming album: ‘Shirt’ and the as-yet-unreleased ‘Blind’. Just as she concluded her performance ‘Shirt’, the singer revealed the release date for S.O.S. is December 9. Watch it happen below.

Last night marked SZA’s second appearance on SNL, following her debut in 2017, when she released her first album Ctrl. ‘Shirt’, the lead single from S.O.S., arrived in October. Earlier this week, SZA unveiled the cover art for the LP on social media.