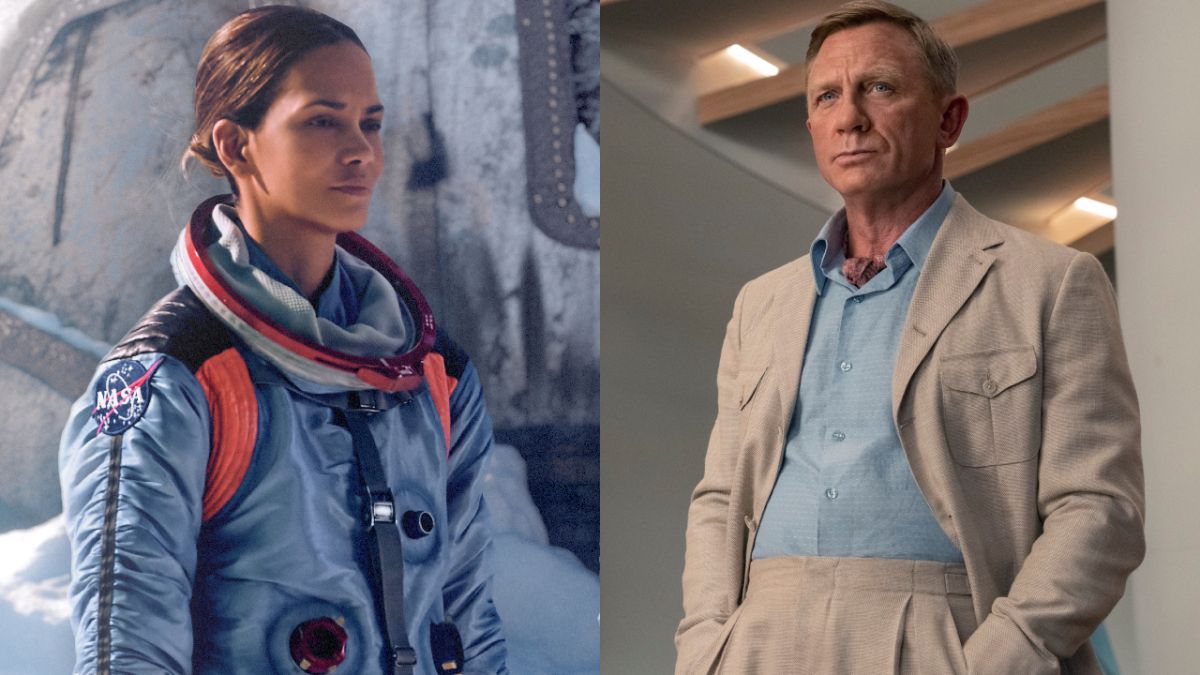 There are a lot of crazy Glass Onion celebrity cameos and name drops in Glass Onion: a Knives Out mystery. A lot of meme-worthy lines/ moments are peppered throughout Rian Johnson’s new movie release, adding the flavor and heat of stuff like Jeremy Renner’s small batch hot sauce to the mix.

However, Daniel Craig’s in-character reaction to that very substance resulted in a fun shout out to Halle Berry, and the actor has noticed the joke herself. So that means she’d be up for the next Knives Out sequel, right?

From the looks of it, Die Another Day’s iconic Bond woman has seen the outgoing James Bond’s new Netflix comedy hit. Her reaction to the movie seems pretty cut and dry, as Berry herself went on Twitter and tweeted her own spin on the movie’s invocation other name:

Without spoiling any of the finer points to Glass Onion’s plot, there’s a moment where Benoit Blanc tries out that Jeremy Renner hot sauce, and the heat is too much. The reaction that follows is a priceless moment of Daniel Craig comedy, as it only builds Benoit’s library of personality quirks all the more for the audience to fall in love with.

It’s also a killer suggestion for the team that Rian Johnson should start pulling together for the next Knives Out follow-up. As the formula for casting states that Daniel Craig is the only recurring actor that will sit on the franchise’s roster, the next movie is wide open for a new slate of suspects, victims, and murderers.

Game for pretty much anything that comes her way, and showing in her comedic timing in the tweet above, Halle Berry would be a fantastic addition to the second in the two Netflix funded sequels. Though that decision may be a bit early, as we still know very little about Knives Out 3, or whatever this next film will be called.

All we do know for the moment is that Glass Onion: a Knives Out mystery is another one of Netflix’s hit 2022 streaming debuts, and Halle Berry is a fan. Which means it’s time to celebrate with a quick reel of Benoit-isms, complete with the very name drop that Berry tipped her digital hat towards.

Glass Onion: a Knives Out mystery is available to stream for those of you who have an active Netflix subscription, so don’t wait to get in on the fun! And while you’re at it, you can also stream Halle Berry’s directorial debut Bruised, which is another of the Netflix original films you can enjoy at your earliest convenience. If that doesn’t feel like another sign that these worlds should collide, perhaps there’s a clue or two that you’ve missed along the way?