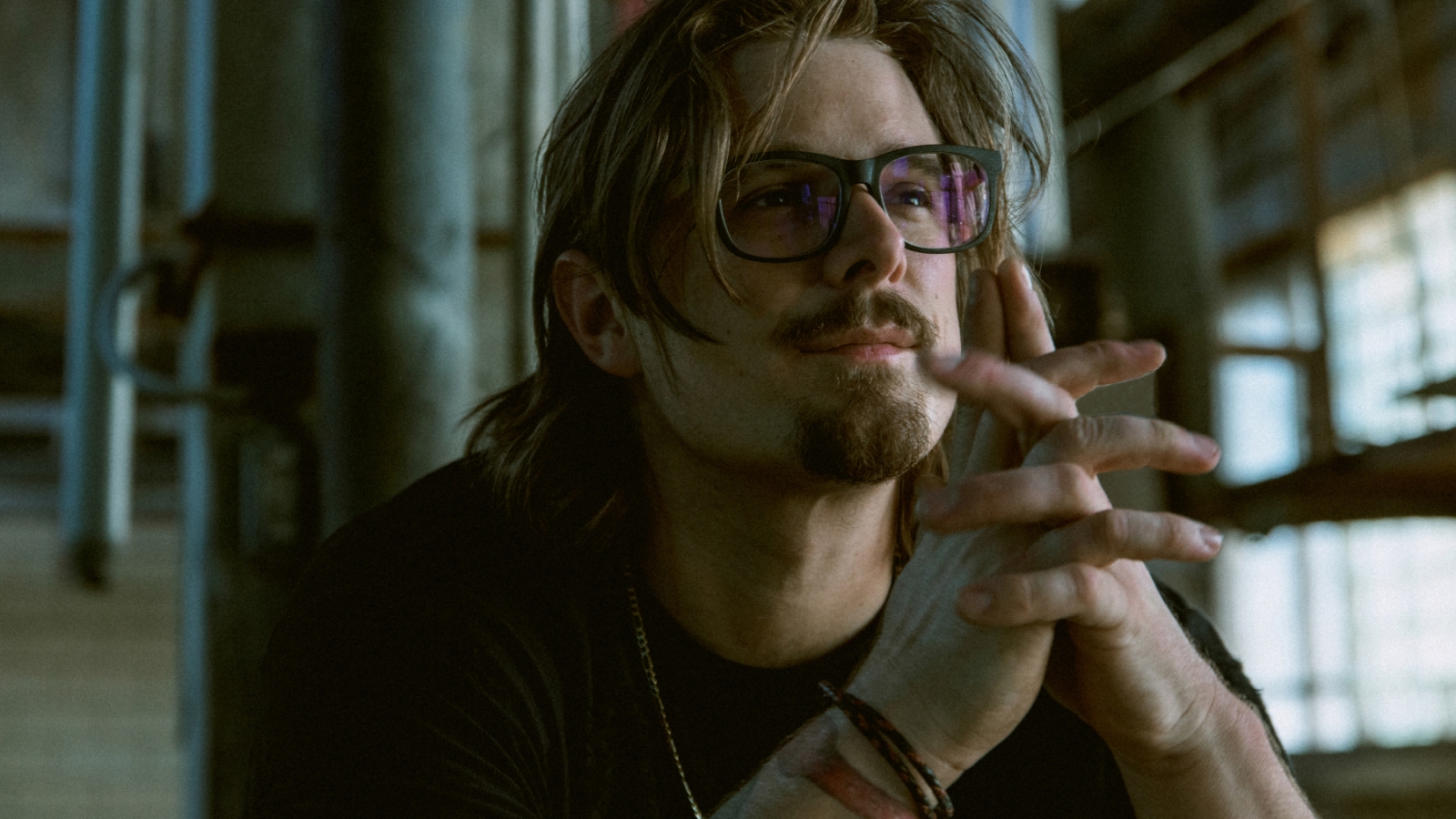 Michael Hardy had been on his bus writing songs with his frequent collaborators Brett Tyler and Jordan Schmidt when he pressed play on a mix of his new album. They were floored by the heavy-rock influences coming out of the speakers and wanted to write something along those lines.

“I was like, ‘My record is done, so there’s really no point,” Hardy, who records and performs under his last name, tells Rolling Stone during a call from a tour stop in South Carolina. “I get up the next morning and Brett and Jordan are in the front lounge of my bus writing rock riffs. I was like ‘Dammit, y’all are gonna force me to write a rock song today.’”

The song they wrote became “The Mockingbird & The Crow,” based off an idea Hardy had written down in his phone. Stretching out to five minutes in length, the track shifts from a reverent country tune about feeling like a bird that sings “songs that sound like other songs you’ve heard” to a brooding, minor-key grunge-rocker about feeling like a different bird that flies whichever way it damn well pleases.

“The Mockingbird & The Crow” would go on to serve as the title of the rising country star’s new double album (stylized as the mockingbird & THE CROW), bridging together its divergent two sides. Its “Mockingbird” half is the kind of polished country songcraft that’s made Hardy a brand-name artist and songwriter in Nashville, while the “Crow” portion is full of caustic hard rock that could’ve pulverized sweaty crowds at Ozzfest circa 2001.

It’s ambitious, messy, and more than a little audacious in concept, but not so heady that it couldn’t soundtrack a lively Saturday night among friends. But then, that’s Hardy in a nutshell: capable of writing the big hits for radio, obstinate enough to do something completely unexpected, and savvy enough to find the throughline for it all.

The title comes from a phenomenon one might witness in nature: mockingbirds can be territorial and aggressive, and they can often be seen pecking at other birds in flight.

“My whole life I’ve seen a crow flying through the sky and there’s a mockingbird behind it picking at it, getting on its nerves,” Hardy says. “I saw that one day when I took my boat out on the river. I was like, I’m gonna write that down.”

The country side of The Mockingbird & The Crow reaffirms Hardy’s talent for producing radio ear candy. “Drink One for Me” answers “Give Heaven Some Hell” from 2020’s A Rock, “I in Country” is a ballad about lost love, and “Screen” is a plea to put down the phone and take a minute to enjoy the real world — written as much to himself as it is to others. “Red” is a soaring ode to small-town American life that features an appearance by Morgan Wallen; Hardy’s a close friend of the “You Proof” singer and has nothing negative to say about him.

In a strange but very fitting twist, the album’s radio single is actually the weirdest one of the bunch. “Wait in the Truck,” which features Lainey Wilson, happens to be a dark, gripping story of domestic abuse and vigilante justice.

“I listened to it and I was like, ‘Wow, this is the kind of music that I grew up listening to,’” Wilson told Rolling Stone late in 2022. “Whether it was ‘Thunder Rolls’ or ‘Whiskey Lullaby,’ anything like that. I love the message — it’s shining a little bit of light on a really dark subject.”

To understand the rock side of Hardy’s album, it helps to go back to “Boots” from A Rock, which mixed in chunky electric guitar riffs, double kick-drum fills, sustained power chords, and Hardy pushing his voice to the top of its range. That was a warm-up for his aggressive approach this time around.

“I was dipping my toes in the water with the last record,” he says. “I’m just becoming more comfortable with who I am.”

Hardy had started employing more of a screaming technique when he was performing “Boots” in concert and liked what he heard. “The more I did it the better I got at it,” he says. “I started messing around with that scream voice at home.” He ended up using it liberally on “Sold Out,” a self-referential track that kicks off the second half of The Mockingbird & The Crow, and again on “Jack,” a stormy, Incubus-influenced answer to the good-natured “Beer” from the album’s other side.

“That was an accident,” he says. “It works because it’s a yin and yang record, so I can get away with it.”

“Radio Song” pokes some knowing fun at Hardy’s radio-friendly tendencies. It opens with half-spoken verses describing a formula for songwriting, which is followed by an earworm of a pre-chorus and then mutates into a churning mass of detuned bass and guttural howls courtesy of Jeremy McKinnon from post-hardcore favorites A Day to Remember.

“It really is a song where we’re expecting everybody to have a sense of humor,” Hardy says. “It’s a big party song. Live, it’s going to be a big rowdy song. A lot of labels are like, ‘We need a radio song, we’re not gonna put this record out until there’s a radio song on it.’ So it’s like my take on, ‘Here’s your fuckin’ radio song. Just kidding, we ruined it!’”

Even when he’s in full-on hard-rock mode, Hardy still has a country sensibility that informs his writing. “Truck Bed” revamps his acting-out shenanigans from “Boots,” “.30-06” is a power ballad about a woman who dumps a guy for spending too much time in a tree stand, and “Kill Sh!t Till I Die,” true to its insane title, further reinforces his enthusiasm for hunting season.

As his sound continues to incorporate harder rock textures, Hardy is aware that he’s not reinventing the wheel. He is, like every other musician, a collection of influences that has coalesced into something similar to, but different than, what came before. Sometimes he just wants to rock the fuck out, and now that he’s got the confidence to really go for it, maybe some other kid in the future will take that baton and run even further with it.

“Every single form of rock & roll stems from the blues,” he says. “I think about how that branched into something else, and then something else. If some kid 20 years from now put out some shit that was changing the game and it’s similar to my stuff, I would be honored.”