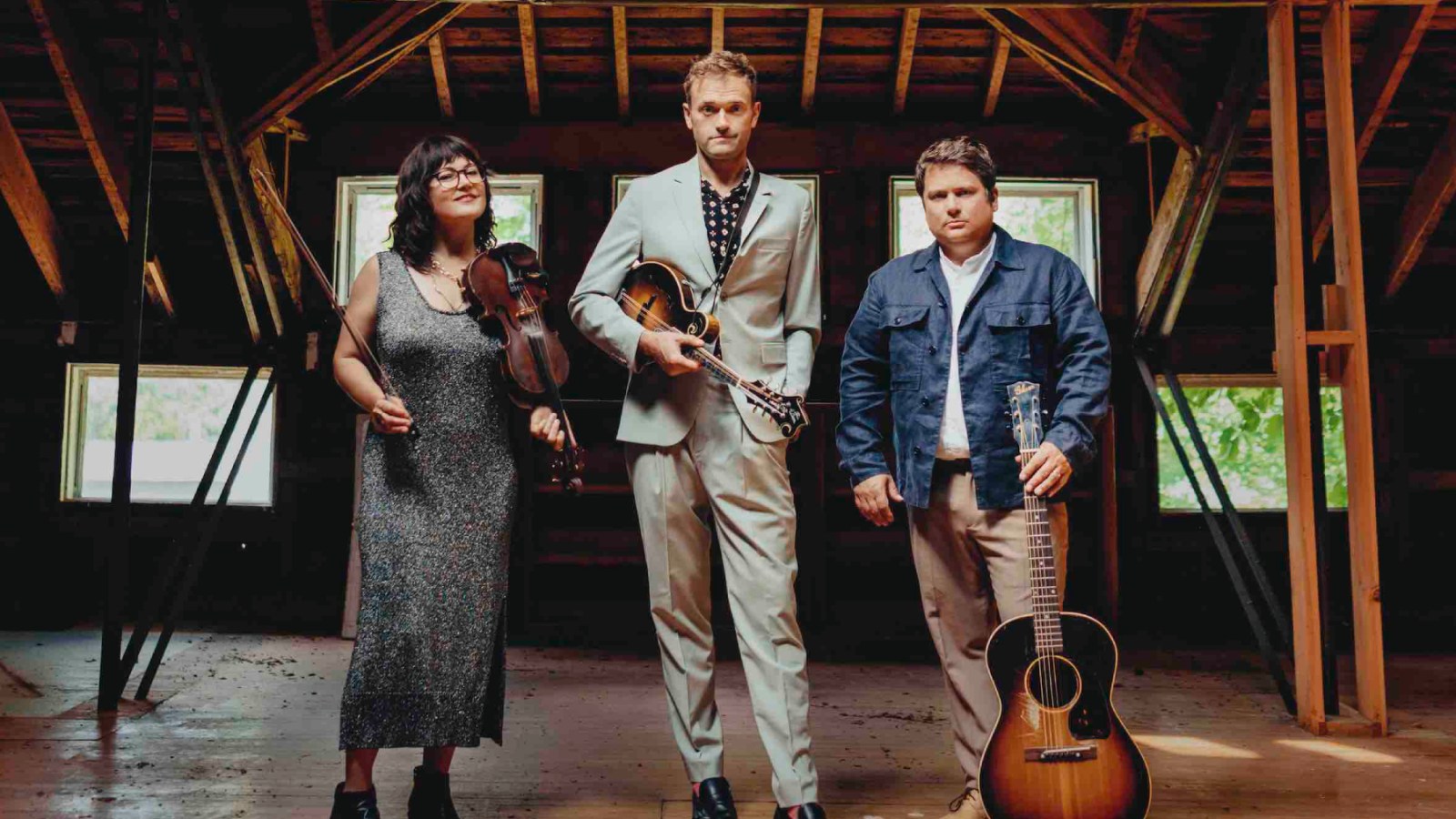 Trio of Chris Thile, Sara Watkins, and Sean Watkins will release their latest album in March

The album’s first single is “Strangers,” which revolves around a swift finger-style guitar part and lead vocal from Sean Watkins. The lyrics describe the awkwardness of meeting a long-lost friend after some time. “It’s been too long, stranger/Guess even hard times fly/And leave us speechless in the darkness,” Sean sings, with his sister Sara and Chris Thile answering each line in harmony. The momentum and rhythm shifts throughout the song, leaving room for impressive fiddle and mandolin work courtesy of Sara and Thile before it returns back to its main motif.

“Strangers” is one of 18 tracks on Celebrants, which features the instrumental and vocal talents of the trio plus bass work by Mike Elizondo (50 Cent, Carrie Underwood). Eric Valentine, who’s worked with Queens of the Stone Age and Grace Potter, produced the project.

After two celebrated albums at the dawn of the millennium, Nickel Creek’s output became less frequent. Why Should the Fire Die arrived in 2005, then a nine-year gap elapsed before A Dotted Line came out. All of the members have had numerous other projects in the meantime — Thile hosted NPR’s A Prairie Home Companion (renamed as Live From Here) from 2017 to 2020 and is a member of the progressive bluegrass group Punch Brothers; Sara Watkins put out solo work and played with others, including as part of the trio I’m With Her; and Sean joined Sara for the Watkins Family Hour at the Largo Nightclub and the supergroup Works Progress Administration with Glen Phillips and Benmont Tench.

Nickel Creek are set to play three nights at Nashville’s Ryman Auditorium on April 27, 28, and 29. All three shows are already sold out.