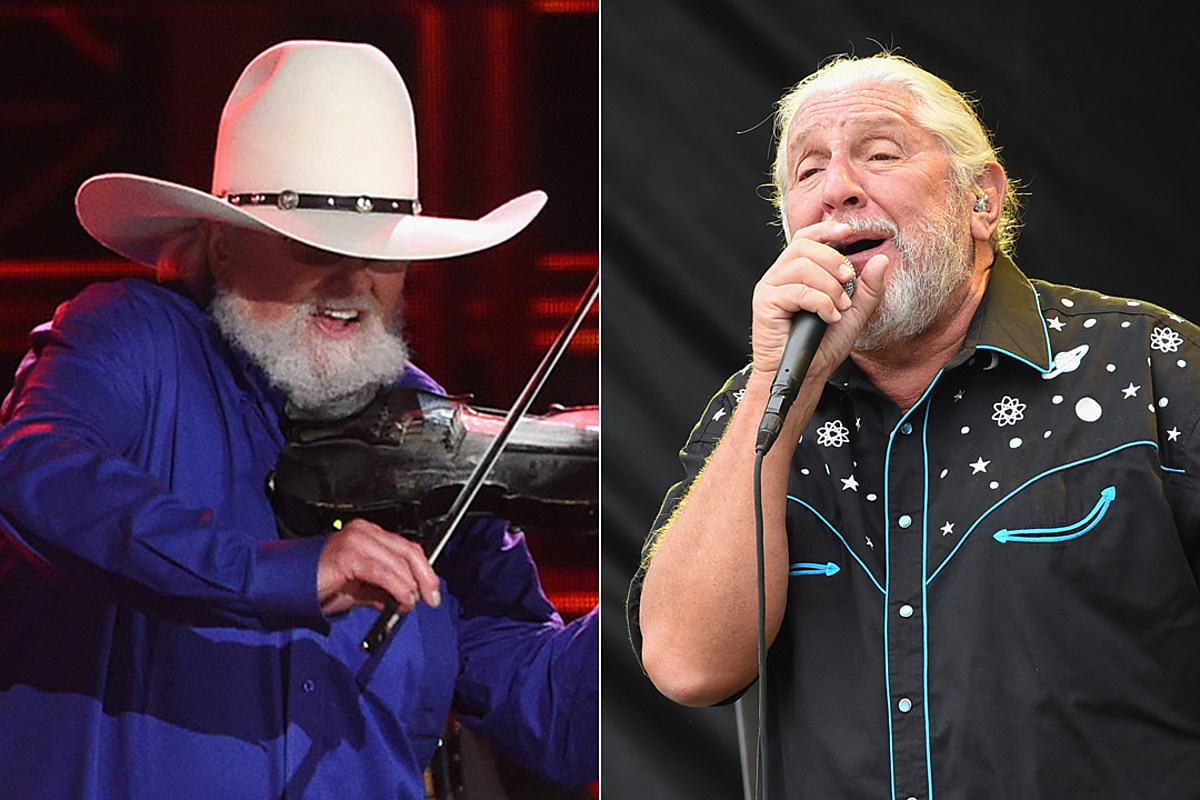 Marshall Tucker Band frontman Doug Gray was as close as brothers with Charlie Daniels over the decades, and he’s opening up about his 50-year friendship with the man he calls “the broad shoulders of all of us” after Daniels’ death at the age of 83.

The friends met as young musicians in Nashville, and over the years, as Daniels built a career with the Charlie Daniels Band and Gray headed up the Marshall Tucker Band, they played more gigs with each other than with any other act.

CDB’s classic hits include “The Devil Went Down to Georgia,” “Long Haired Country Boy,” “Uneasy Rider,” “Simple Man” and more; Marshall Tucker Band are best known for a string of hits that includes “Can’t You See,” “Heard It in a Love Song” and others. The two bands were slated to tour together again in 2020 on their joint Fire on the Mountain Tour, which took its name from the Charlie Daniels Band’s platinum-selling 1974 album Fire on the Mountain, as well as the Marshall Tucker Band’s 1978 hit song of the same title.

Slated to launch in April, the tour was initially delayed due to the coronavirus (COVID-19) pandemic. Daniels had planned to get back on the road later in 2020, but the country icon didn’t live to see those plans come to fruition: He died on July 6 at the age of 83 after suffering a hemorrhagic stroke.

Daniels was someone everyone came to when they were going through tough times on or off the road, Gray recalls, buoyed by his rock-solid relationship with his wife, Hazel.

“His ability to make you feel better, not only about yourself, but … You do 300 dates on the road, a lot of times when you come home, you can’t get comfortable at home unless you’re off the road a little bit,” Gray explains. “We’d all sit in the dressing room at different times and talk about your wife, or your ex-wife, or your wife-to-be, and Charlie was lucky enough to find one in the earlier stages, Hazel, to really make him strong. I watched him, through the years, get stronger.”

Gray fondly recalls Daniels as a friend who always made sure that they saw each other when they were on shows together, no matter how career fortunes were going or whose latest record was doing better at any given time. Sometimes that meant popping into each other’s meet and greets unexpectedly, which happened any number of times through the years. They would even run into each other while parked at restaurants out in the middle of nowhere, and it wasn’t unusual for them to show up on each other’s buses for a surprise visit no matter where or when they met.

Underneath Daniels’ brash, outspoken public persona, he was a quiet, thoughtful man who often provided an ear for his contemporaries, as well as a rock-solid mentor for countless newcomers to the country music scene.

“He didn’t have to go and say a lot. All you had to say was quality stuff,” Gray notes of their friendship. “One thing he was, was a humble man. He believed in God, that’s for sure, but he was so humble when it came to talking about things that affected other people. Being humble is when you can sit back and watch two people fighting and step in and stop them.”

In sharp contrast to Daniels’ more reserved personal demeanor, his peers all knew that when he assumed a particular stance onstage, he truly meant business.

“He was a big guy,” Gray recalls. “When he’d open his legs wider, that means he was digging in. He was ready to go, and he’d make the concert step up a step taller. A step wider and a step taller. He was the broad shoulders of all of us out there.”

The two had been trying to put together the joint Fire on the Mountain Tour for 15 years, Gray recounts. Daniels called him up three weeks before he died, and the old friends excitedly discussed their big plans for the shows in 2020. “I said, ‘Man, this is the best idea we’ve ever had,” Gray recalls.

If not for the COVID-19 pandemic, they might have been out on the road together when Daniels died. “But I’m kinda glad that Charlie was at home when he passed,” Gray says. “I’m just thankful that he had someone to reach out and hold onto, and that was Hazel and Charlie Jr.”

Gray was at home early in the morning when he got the call that his friend had died. “I just had to sit down and cry, because I didn’t know what else to do,” he admits.

Gray doesn’t have any specific plans yet for paying tribute to Daniels onstage, since it’s not clear when Marshall Tucker Band might or any other artists might be able to resume touring. “A far as I’m concerned, every night will be a tribute,” he reflects, adding that though Daniels is gone now, he’ll be seeing him again in Heaven, along with other departed friends and colleagues that include Toy and Tommy Caldwell, members of Lynyrd Skynyrd, Gregg Allman and more whose bond was “stronger than brothers.”

“That circle will never be broken,” Gray notes. “What do we really do without them? We have to continue on, because that’s all we did, is support each other.

“Now, we’ve got someone standing behind us, pushing us further along,” he adds. “And that’s Charlie.”

The Old Man: FX Renews Jeff Bridges Drama for Season 2
Kacey Musgraves’ ‘Pageant Material’: All of the Songs, Ranked
J.K. Rowling Pranked by Russians, Thought She Was Talking to Zelensky
15 Of The Best Casual Pants For Men That Will Prepare You For Any Situation (2022 Edition)
See: Apple Sets End Date Date for Jason Momoa Drama