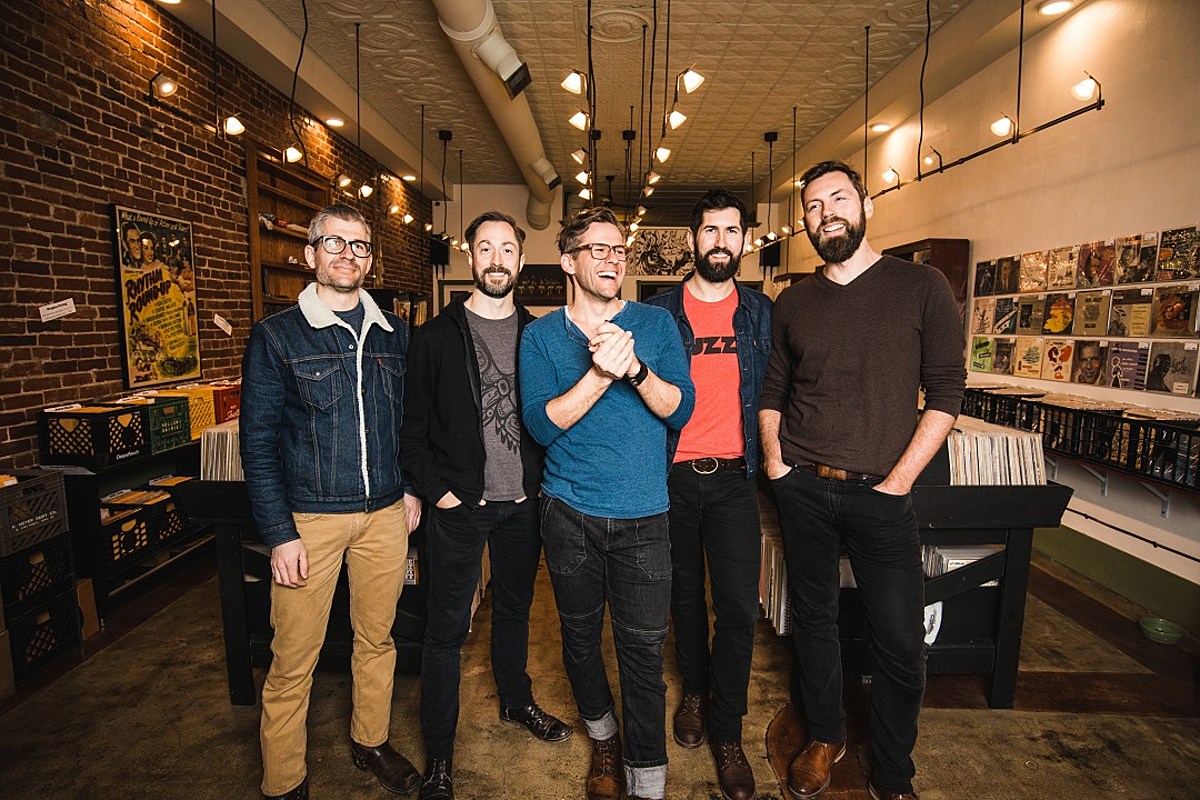 The Steel Wheels will tell their fans’ stories — including that of a now-retired physical therapist — on their new album, Everyone a Song, Vol. 1. The bluegrass band’s first single from the project, “The Healer,” is premiering exclusively on The Boot; press play below to listen.

“The Healer” celebrated Meta Thayer as she retired after 38 years as a physical therapist. Sings Trent Wagler, the Steel Wheels’ songwriter and lead singer, “You have a simple superpower / Listen deeply, listen true / And how it grew up like a tower / It is the legacy of you / Everybody gather ’round you / Watch you light up the room / Bring the pain that you’re feeling / You know exactly what to do.”

“This song was used during the socially distanced party as a special gift to commemorate Meta’s amazing career,” shares Wagler. “As the family recalled stories from Meta’s life, it was clear that her healing skills were not limited to the workplace.”

The Virginia-bred Steel Wheels’ Everyone a Song, Vol. 1 compiled nine of more than 60 songs the band — Wagler, Brian Dickel, Jay Lapp, Eric Brubaker and Kevin Garcia — recorded from their homes during the early months of the novel coronavirus pandemic. The tracks set their fans’ stories to music; some of the songs, as with “The Healer,” were commissioned to mark specific life moments, via their Distance Together project.

“Maybe I was dreaming of being an essential worker. It made me ask the question: What’s essential about music? It’s the connection. The understanding. The beauty and magic of melodies that transcend us with the words that say, ‘You there, I see you, and you see me, and doesn’t it feel good to not be alone in the world?’” Wagler muses. “That’s what art has to offer. Especially right now. And planting real stories right in the middle of it kind of pushed aside any other pretense or distraction about being cool or whatever.”

Everyone a Song, Vol. 1 is due out on Nov. 20; a full tracklist is below, and fans can learn more at TheSteelWheels.com. The band also documented the process of creating Everyone a Song, Vol. 1 via an NPR podcast, We Made You a Song. Each episode will look at the creation of one of the album’s songs via interviews with the band and their subjects.

The Steel Wheels began to form in 2004, when Wagler met upright bass player Dickel and fiddler Brubaker while they were in school at Eastern Mennonite University; Wagler and Dickel began playing acoustic shows as a duo and were soon joined by Brubaker. When Wagler came across mandolin player Lapp, their quartet was complete, until percussionist Garcia joined in 2017. After releasing projects together under different names and as a backing band for Wagler, the group released their first album as the Steel Wheels, Red Wing, in 2010.

The Steel Wheels, Everyone a Song, Vol. 1 Tracklist:

Listen to the Steel Wheels’ “The Healer”